SEOUL, Dec. 29 (Yonhap) -- About 42 percent of South Koreans think that President Moon Jae-in did a good job in handling state affairs over the past five years, an approval rating slighly higher than the vote he received in the 2017 presidential election, a poll showed Wednesday.

Moon, who was elected president with 41.1 percent of the vote, has enjoyed relatively high approval ratings through his term so far, compared with his predecessors. His single-five year term ends in May after the March 9 presidential election.

The latest survey of 1,056 adults, conducted by R&Search on Monday and Tuesday, put the approval rating of Moon's five-year performance at 42.1 percent, while 52 percent of the respondents disapproved of his job performance.

Moon's real estate policy was cited as the biggest source of disapproval, with 41.8 percent of the respondents expressing dissatisfaction over surging home prices.

Other irritant policies included the appointment of Cho Kuk as justice minister. Cho stepped down shortly after taking office because of allegations of academic fraud involving his daughter.

Moon's nuclear phase-out policy and a recent pardon of ex-President Park Geun-hye were also included on a list of irritant policies, according to the poll. 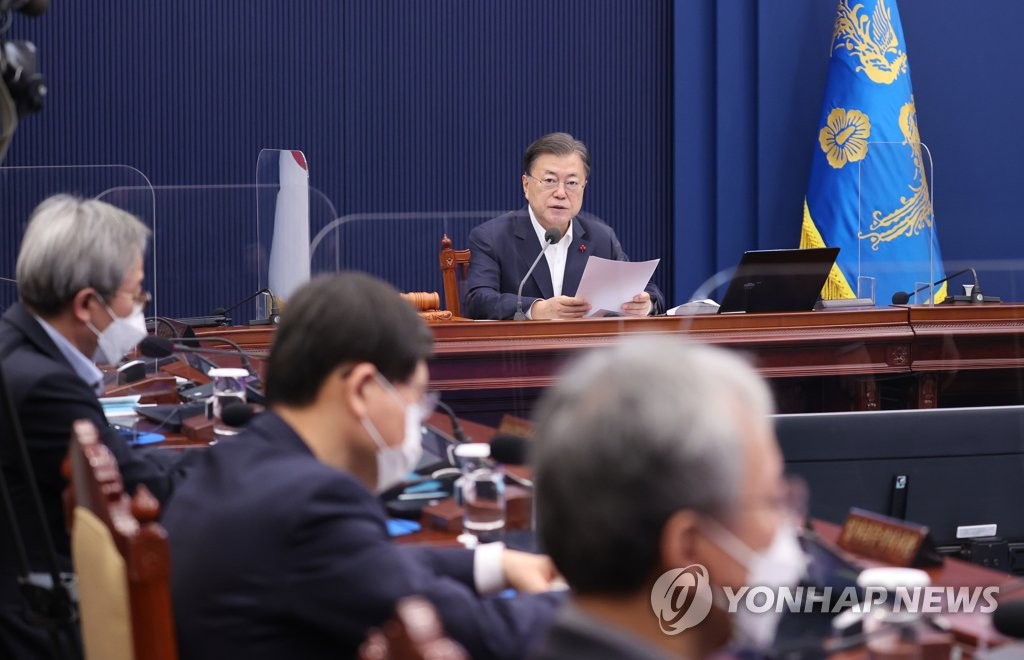