SEOUL, Dec. 30 (Yonhap) -- South Korea's new coronavirus cases stayed above 5,000 for the second day in a row Thursday, as authorities are expected to extend the current social distancing rules amid concerns over the omicron variant and critical cases.

The country added 5,037 new COVID-19 infections, including 4,930 local infections, raising the total caseload to 625,967, according to the Korea Disease Control and Prevention Agency (KDCA).

Thursday's figure is lower than 5,408 cases reported the previous day but marked a rise from 3,865 on Tuesday. It also represents a sharp decline from a daily record high of 7,849 on Dec. 15.

As of 9 p.m., health authorities and local governments had reported 4,349 new cases, down 184 from the same time the previous day.

The greater Seoul area accounted for 69.7 percent of those cases. Considering daily cases are counted until midnight, the tally to be announced the following morning is expected to be around 5,000. 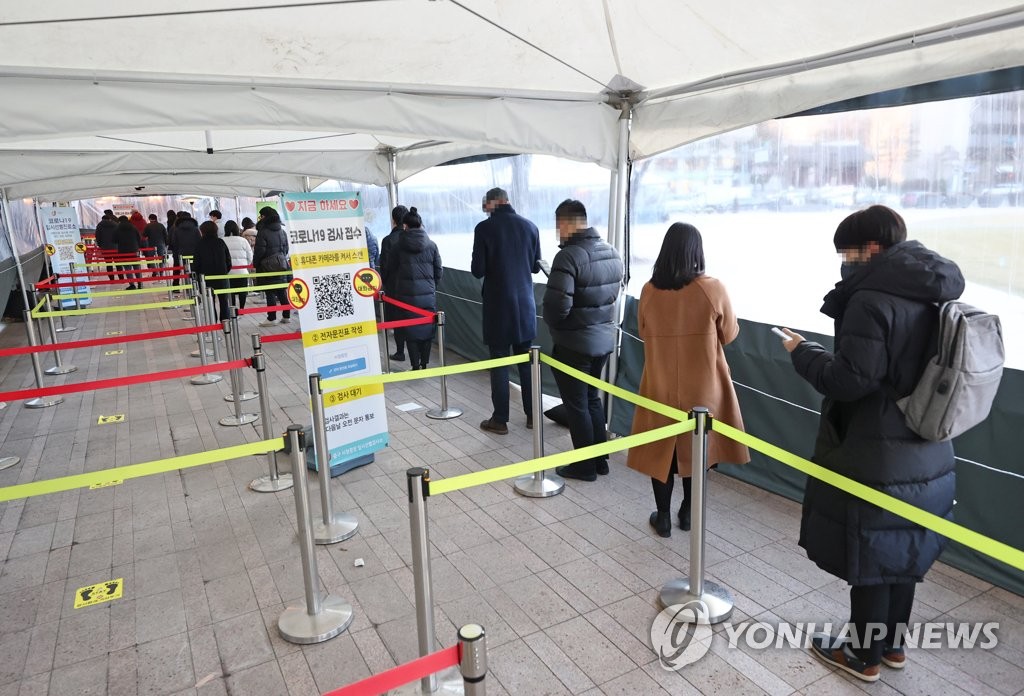 The number of critically ill COVID-19 patients stood at the second highest of 1,145 after reaching an all-time high of 1,151 the previous day, the KDCA said. Critical cases have stayed above 1,000 for 10 consecutive days.

The country added 73 more deaths from the pandemic, bringing the death toll to 5,455. The fatality rate stood at 0.87 percent, unchanged from a day earlier.

The bed occupancy rate in intensive care units for COVID-19 patients in the greater Seoul area stood at 68.8 percent as of 5 p.m. Wednesday, significantly down from 78.7 percent from the same time a day earlier.

A figure higher than 75 percent is considered to have surpassed the saturation point.

The country had no COVID-19 patients waiting to be admitted to hospitals for treatment as of midnight Wednesday, marking the second time since early November that the figure dropped to zero.

To slow the spread of the omicron strain, the government will likely extend the current virus-related restrictions on private gatherings and businesses for another two weeks, health authorities said.

The current social distancing rules put in place on Dec. 18 limit the maximum size of private gatherings to four people nationwide and imposed a 9 p.m. curfew on cafes, restaurants and bars.

Those measures were reimposed amid an alarming pace of new infections, with the government backtracking on its earlier plan to relax restrictions in phases to return to normalcy. The rules were set to end on Jan. 2.

The two-week extension is expected to be announced during a COVID-19 response meeting to be presided over by Prime Minister Kim Boo-kyum on Friday, they noted.

The new PCR test, co-developed by the private sector in South Korea, reduces the time in detecting the omicron variant to three to four hours from three to five days.

Until now, the health authorities used a PCR test that could distinguish between four variants -- alpha, beta, gamma and delta -- and conducted additional genome analysis to determine whether the case involved omicron.

The new PCR test is the first in the world that can detect all five main variants. It also demonstrated 100 percent accuracy for both negative and positive tests, according to the public health authorities.

The KDCA said the number of patients confirmed with the omicron variant could increase with the rise in testing volumes of the new PCR test. 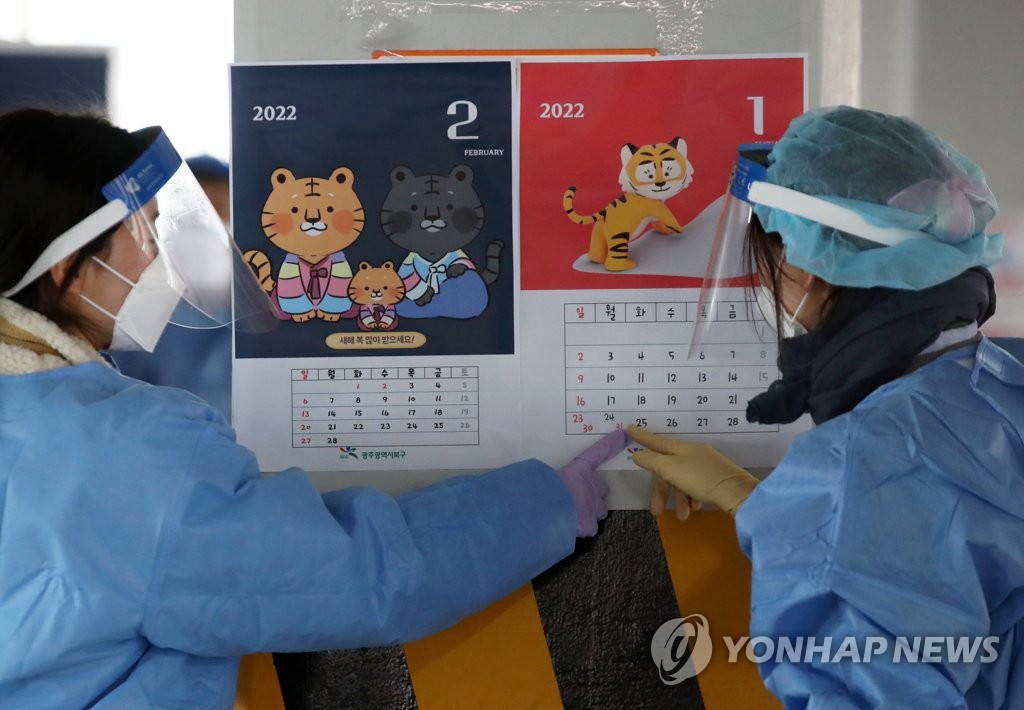 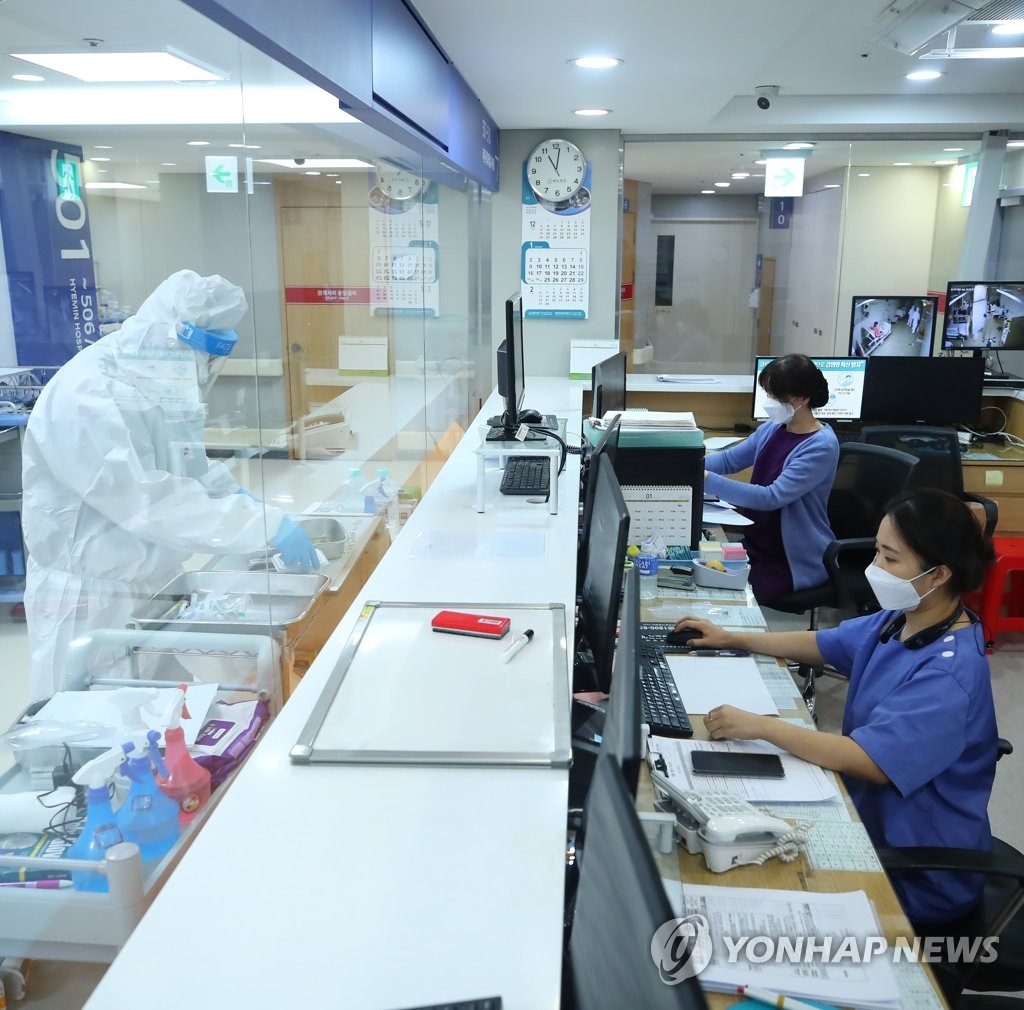 The health authorities earlier put the risk level of the pandemic in the country over the past week at the highest level for five weeks in a row. They will decide Friday whether to extend the current distancing guidelines.

The public health authorities said they plan to focus on reducing the number of critically ill patients and deaths next year, and to gradually lift the "vaccine pass" system starting with low-risk facilities.

They also plan to secure more than 24,700 beds in hospitals until next month to prepare for the possibility of daily COVID-19 cases reaching 10,000.

Of the locally transmitted cases, Seoul reported 1,689, while 1,448 came from the surrounding Gyeonggi Province and 316 from Incheon, 40 kilometers west of Seoul.

As of Thursday, 86 percent of the country's 52 million people had received their first shots of COVID-19 vaccines, and 82.7 percent had been fully vaccinated, while 33.4 percent had gotten booster shots, the public health agency said.

On Thursday, South Korea reported its first death of a 16-year-old linked to COVID-19 vaccines. The KDCA said it will conduct an analysis to confirm the causality of the death with vaccinations. So far, three other teenagers -- two 18-year-olds and a 19-year-old -- were reported to have died after receiving vaccinations.

As of Thursday, South Korea completed bringing in 118.9 million doses of vaccines from Pfizer, Moderna, Janssen, Novavax and AstraZeneca this year, including the latest Moderna batch.