SEOUL, Dec. 30 (Yonhap) -- The Kiwoom Heroes announced Thursday they will bring back starter Eric Jokisch for his fourth season in South Korea. 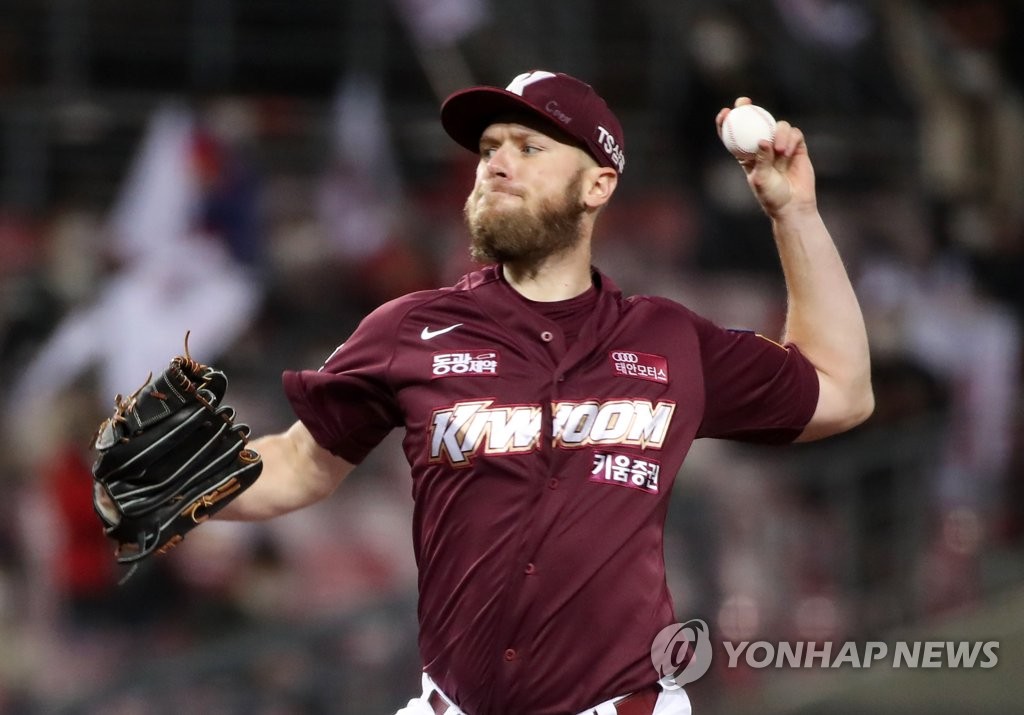 The Heroes have filled their foreign player quota for 2022. They earlier added former major league All-Star Yasiel Puig to their lineup, and signed a new pitcher Tyler Eppler.

KBO teams are allowed to sign a maximum three players from overseas but cannot carry more than two pitchers.

Of the 10 teams in the KBO, the Doosan Bears and the Kia Tigers have yet to complete their foreign player signings.