SEOUL/INCHEON, Dec. 30 (Yonhap) -- Ruling party presidential nominee Lee Jae-myung visited a Coast Guard unit in the western port city of Incheon on Thursday and declared a policy of no tolerance against illegal fishing by Chinese vessels in South Korean waters.

Lee made the pledge as he toured the unit overseeing the islands and waters near the western sea border with North Korea.

The area has often seen clashes between Coast Guard officers and Chinese fishermen operating illegally, leading to the death of at least one officer in 2011. 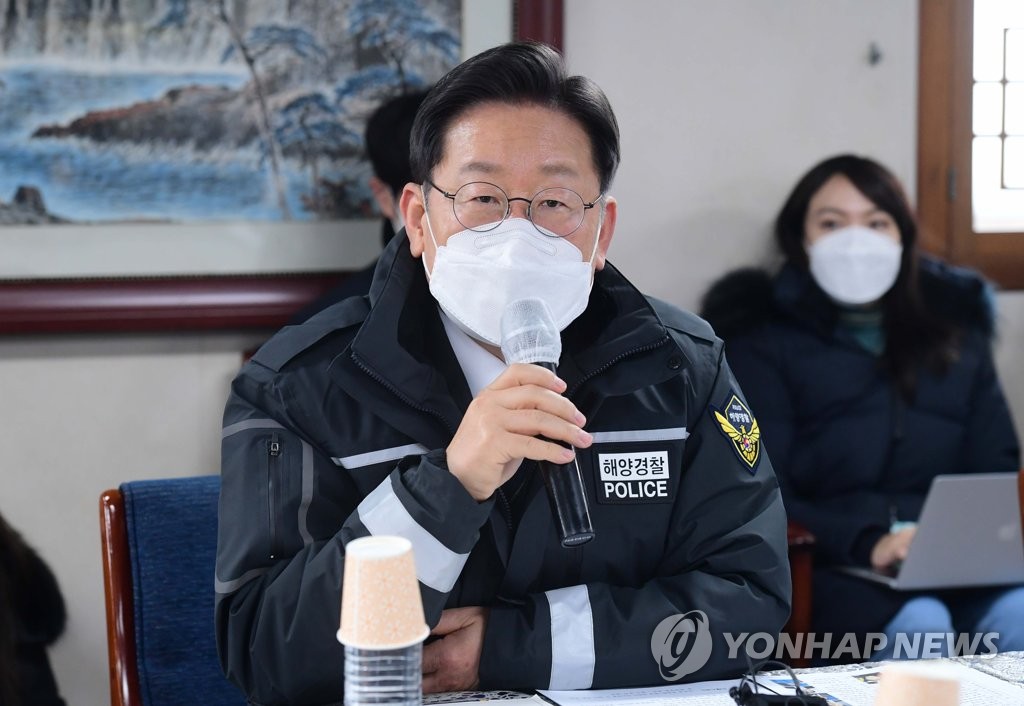 "We must respond strictly and in a principled manner to illegal trespassing in our waters and fishing activities, and if necessary, seize and impound (the vessels)," the Democratic Party candidate said.

Lee expressed disbelief at the large amount of human and financial resources that go into the crackdown operations.

As South Korea and China mark the 30th anniversary of bilateral diplomatic relations next year, he said the two countries should make diplomatic efforts to prevent "unnecessary conflict."

"Our territorial and maritime sovereignty should be respected, and the safety of our fishermen should be protected, along with our fishery resources," Lee said.

"From now on, we need to respond to Chinese vessels' illegal fishing in a more principled manner," he added, describing the stance as the natural position of any sovereign nation.

Citing the need to protect the lives of the people and Coast Guard officers, he also said, "We will need to take firm steps of no tolerance against attempts to resist by force."