SEOUL, Dec. 31 (Yonhap) -- North Korea has discussed a draft resolution expected to be adopted at the close of an ongoing key party meeting, its state media reported Friday, amid expectations the document could include its foreign policy line for the new year.

The North convened a fourth day of the 4th Plenary Meeting of the ruling Workers' Party's 8th Central Committee on Thursday, during which participants "concluded sectional workshops and consultative sessions," according to the official Korean Central News Agency (KCNA).

The participants launched sectional workshops Tuesday to "map out plans according to the fighting policies set forth" by leader Kim Jong-un under his report "on the orientation of the work of the party and state in 2022."

"The meeting put together constructive opinions to be added to a draft resolution and had final examination of them," it said.

The KCNA did not provide details, but the resolution is likely to include the North's stance on the deadlocked inter-Korean relations and its nuclear talks with the United States as top officials in charge of the issues were spotted partaking in the discussion sessions.

The resolution is expected to be unveiled at the end of the plenary.

The KCNA said a fifth-day session was to be held, though it's unclear for how many days the gathering will continue. Previous plenary meetings were held between one and four days.

This week's meeting has drawn keen attention as it could replace Kim's annual New Year's Day address, which is closely watched by the outside world for clues on the country's domestic and foreign policy directions for the new year.

Kim has skipped such speeches in the past two years, opting instead to unveil key messages via major party sessions around the turn of the calendar.

Seoul's unification ministry has been closely watching the party gathering, apparently hoping for a positive sign of Pyongyang warming to its repeated calls for a return to dialogue.

"We will continue monitoring the situation for a comprehensive analysis and assessment," Cha Duck-chul, deputy ministry spokesman, told a regular press briefing. 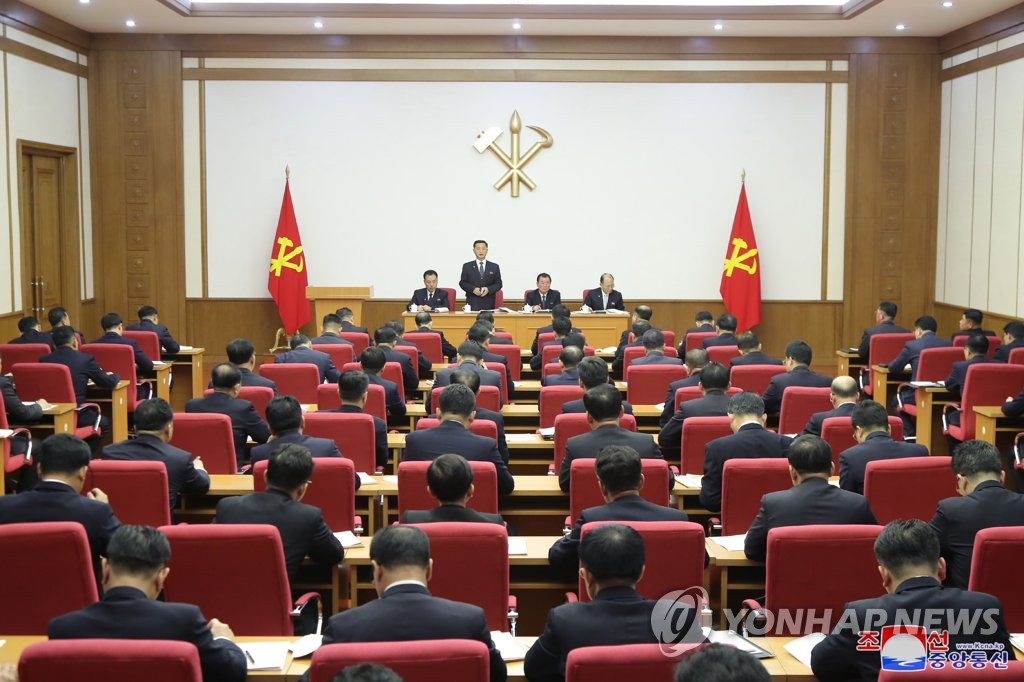