SEOUL, Dec. 31 (Yonhap) -- Former U.N. Secretary-General Ban Ki-moon said Friday that North Korea's denuclearization should be the "end goal" of South Korea's efforts to improve inter-Korean relations, in a message for Seoul's next administration set to be launched in May.

Ban made the remarks in a New Year's message, as the incumbent Seoul government's efforts for cross-border rapprochement have remained stalled with little headway in the endeavors to denuclearize the North.

"While tenaciously pushing to develop inter-Korean relations based on national pride and self-enhancement, (the next government) should ensure the end goal lies in North Korea's denuclearization," Ban said in the message.

South Korea is scheduled to hold the next presidential election on March 9 and the presidential nominees of the rival parties have offered divergent policy views on the North.

Lee Jae-myung, the ruling Democratic Party presidential nominee, seeks a North Korea policy based on what he calls "realism and pragmatism," while Yoon Suk-yeol, the nominee for the conservative main opposition People Power Party, has stressed stronger deterrence against the North's nuclear threats.

"(We) should strongly pursue mutual benefits and cooperation with neighboring countries surrounding the Korean Peninsula, such as the U.S., Japan, China and Russia," he said.

"But we should not forget that the firm South Korea-U.S. alliance is at its heart," he said.

In addition, Ban called for the new government's efforts to promote "harmony and unity" in "too polarized" a society.

"In fact, division and confrontation are not something that can be resolved all at once," he said. "But for national development, that is a matter that should be dealt with first and foremost." 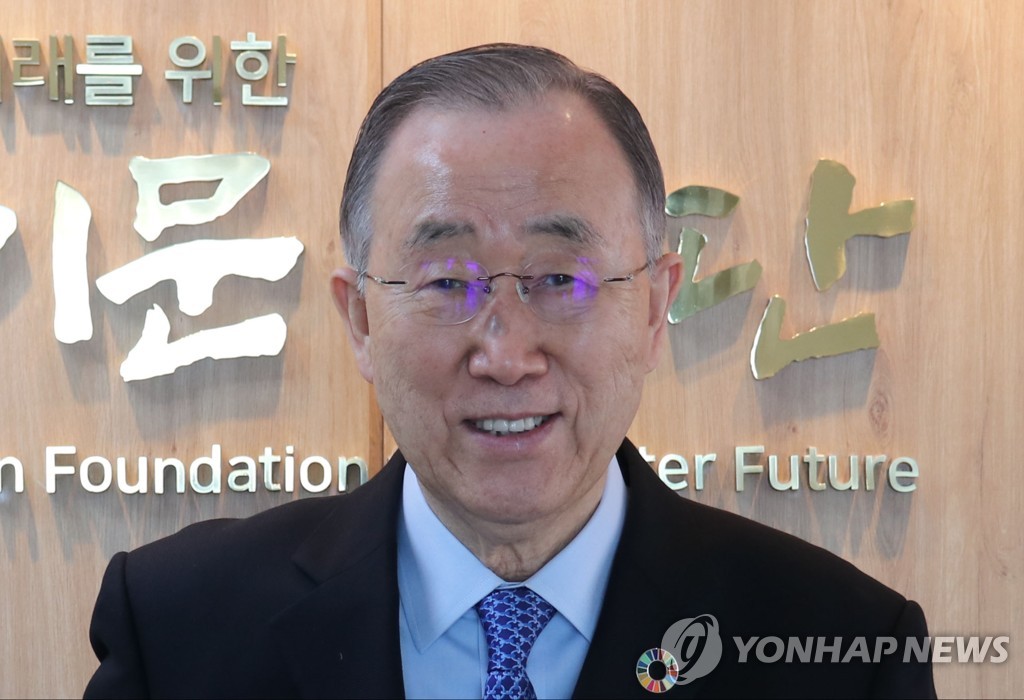