SEOUL, Jan. 1 (Yonhap) -- South Korea's new coronavirus cases stayed below 5,000 for the second day in a row Saturday as the nation maintained tough social distancing restrictions to rein in the fast spread of COVID-19.

The country added 4,416 new COVID-19 infections, including 4,310 local infections, raising the total caseload to 635,253, according to the Korea Disease Control and Prevention Agency (KDCA).

The daily figure marks a slight decline from 4,875 tallied a day earlier.

South Korea reported 62 more deaths from COVID-19, raising the total death toll to 5,625, with the fatality rate at 0.89 percent.

The number of critically ill COVID-19 patients remained high at 1,049 after reaching an all-time high of 1,151 on Wednesday. Critical cases have stayed above 1,000 for 12 consecutive days.

Since hitting an all-time record of 7,848 on Dec. 15, daily numbers have slowed down to around 5,000 as the government temporarily shelved its "living with COVID-19" scheme to restore tough social distancing restrictions.

As of 9 p.m. Saturday, South Korea had reported 3,581 new cases, down 187 from the same time Friday. Daily cases, compiled by health authorities and local governments, are counted until midnight and announced the following morning. 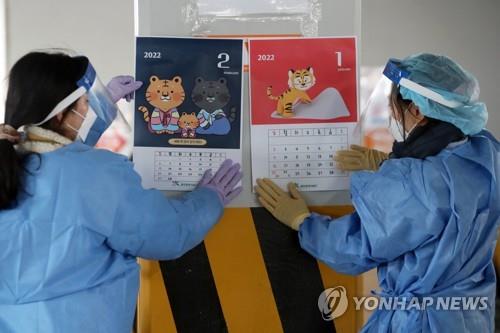 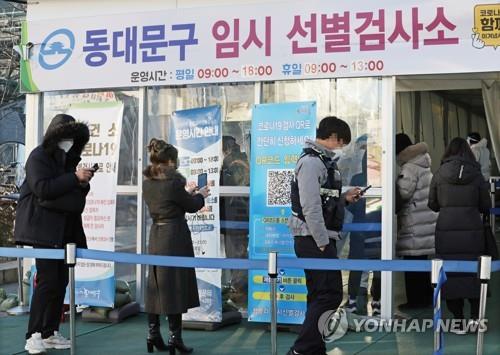 On Friday, the government announced the extension of those rules, including a four-person cap on private gatherings across the nation and a 9 p.m. business hour curfew on cafes and restaurants, for two more weeks through mid-January, to stem the virus upsurge and the omicron variant.

The 1,000 threshold was breached one month following the country's first omicron cases confirmed on Dec. 1 among travelers returning from overseas.

Of the latest 126 local omicron cases, 43 were those whose sources of transmission were untraceable, adding to speculation the omicron variant may be fast spreading through local communities.

Of the locally transmitted cases, Seoul reported 1,429, while 1,359 came from the surrounding Gyeonggi Province and 239 from Incheon, 40 kilometers west of Seoul. 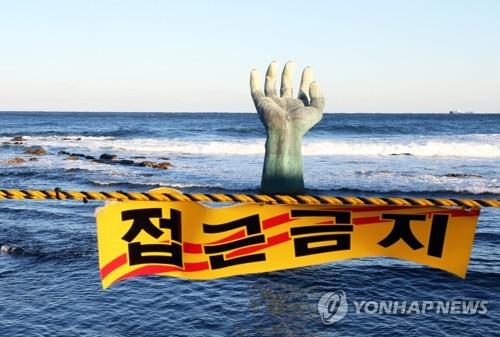 As of Saturday, 86.2 percent of the country's 52 million people had received their first shots of COVID-19 vaccines, with 83 percent fully vaccinated, while 35.9 percent had gotten booster shots.

Access to popular sunrise spots nationwide has also been blocked, including those along the east coast of Gangneung, some 240 kilometers east of Seoul, and Seongsan Sunrise Peak on Jeju Island as tourists were expected to form crowds for the year's first sunrise.