LAS VEGAS/ SEOUL, Jan. 4 (Yonhap) -- Samsung Electronics Co. said Tuesday it will unveil its Galaxy S21 FE 5G at the Consumer Electronics Show (CES), set to open Wednesday in Las Vegas, one of the most anticipated phones among Samsung fans for its flagship performance and reasonable prices.

It will be released in the United States and other unspecified "key markets" simultaneously on Jan. 11, with the starting price of US$699, the company said.

The launch of the long-awaited model, which had widely been speculated to be out last summer, was delayed due to the global chip shortage that roiled automotive and appliance production around the globe.

As the name, the Fan Edition (FE), suggests, the model comes with key features of the Galaxy S21 series most beloved by its fans but with an affordable price tag. 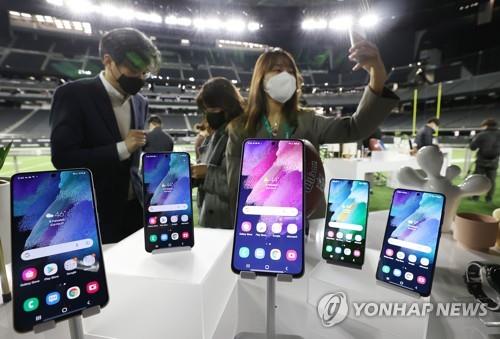 "Galaxy S21 FE 5G is made with the essential elements of the Galaxy S21," she said, adding that Samsung expected the new model to perform as well as its previous one, the Galaxy S20 FE, which has sold more than 10 million units worldwide since its launch in September 2020. Its starting price was also $699.

Samsung will determine whether to release the model in its home country, South Korea, "depending on the demand," Kim added.

"At Samsung, we are focused on bringing the latest mobile innovations to even more people," Roh Tae-moon, president and head of the MX business, said. "We saw an incredible response to Galaxy S20 FE and Galaxy S21 lineup. So we applied the same approach with S21 FE 5G, equipping it with the premium features that matter most to our loyal Galaxy fans -- because we're focused on delivering a smartphone that meets their most important needs. 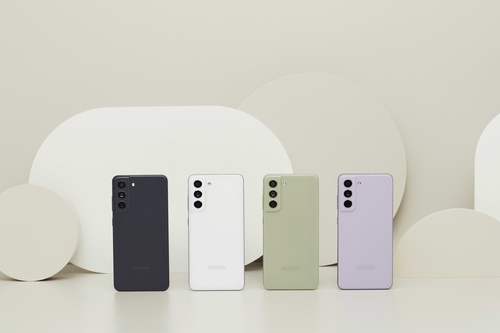 The tech giant said the Galaxy S21 FE is similar to the S21 series in its look and experience, powered by Qualcomm's Snapdragon 888 or Samsung's Exynos chipset, depending on the market, packing 6 or 8 GB of RAM and with 128GB or 256GB of storage.

It runs on One UI 4 based on Google's latest operating system, Android 12.

Having a polycarbonate back panel that gives a firm matte finish, the model is thinner and lighter than the Galaxy S20 FE. It is 7.9 millimeters thick and weighs 177 grams.

It is available in four colors - olive, lavender, white and graphite. It uses the sleek contour cut outer design and a punch-hole selfie camera.

It is fitted with the 6.4-inch Dynamic AMOLED 2X screen with a 240Hz touch response rate and 120 Hz refresh rate, and comes with a trio of rear cameras, a 12 MP ultra-wide sensor and an 8 MP telephoto lens.

It also supports a dual recording feature, which allows users to record a video using the rear camera and selfie camera at the same time.

Its battery capacity is 4,500 mAh and can be used "all day long with fast 25W super fast charging for 30 minutes," it said.