SEOUL, Jan. 3 (Yonhap) -- The main opposition People Power Party (PPP) said Monday all senior members of its campaign committee, excluding its chief, offered their resignations to presidential nominee Yoon Suk-yeol to demonstrate their commitment to overhauling the campaign amid declining support for the candidate.

The PPP initally said in a text message to reporters that the resignations were submitted by campaign chief Kim Chong-in, all the standing chairs, co-chairs, heads of divisions and the chairman of the Saesidae Preparatory Committee.

A committee spokesperson later clarified that Kim did not offer to resign, and cited an error in communication. 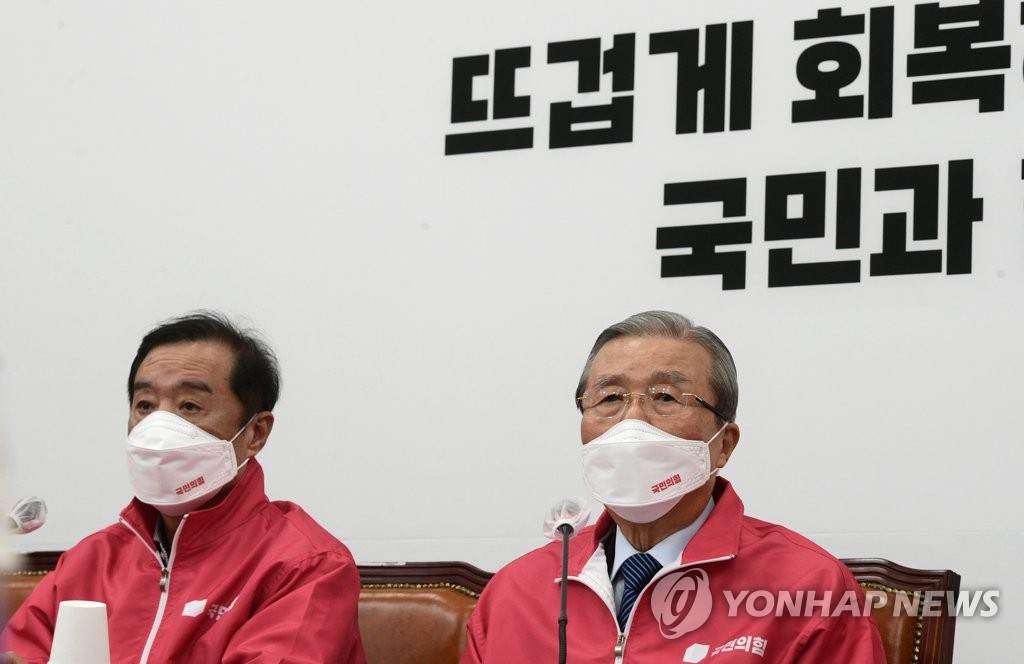 Yoon, who canceled most of his public schedule Monday to focus on restructuring his campaign, appeared in front of reporters at the party's headquarters late in the evening and apologized for his recent poor performance.

"The worries many people have about the election are entirely my fault as the candidate and due to my shortcomings," he said. "For that, I truly apologize deeply to the people."

Yoon promised not to take long to overhaul the committee and to rededicate himself to the campaign with a new mindset.

When asked if he plans to accept the resignation offers, he repeated only that "it won't take long."

Yoon has also scrapped all of his scheduled appearances for Tuesday, the party's campaign committee said, as his focus shifts to the PPP's internal issues.

Earlier Monday, campaign chief Kim Chong-in previewed the changes, saying there will be an "overall reform" of the committee.

"We have to do a restructuring that includes the resignations of division chiefs," Kim told reporters after a committee meeting. "Only if we reform the committee in line with the public's sentiment will we able to conduct the election properly." 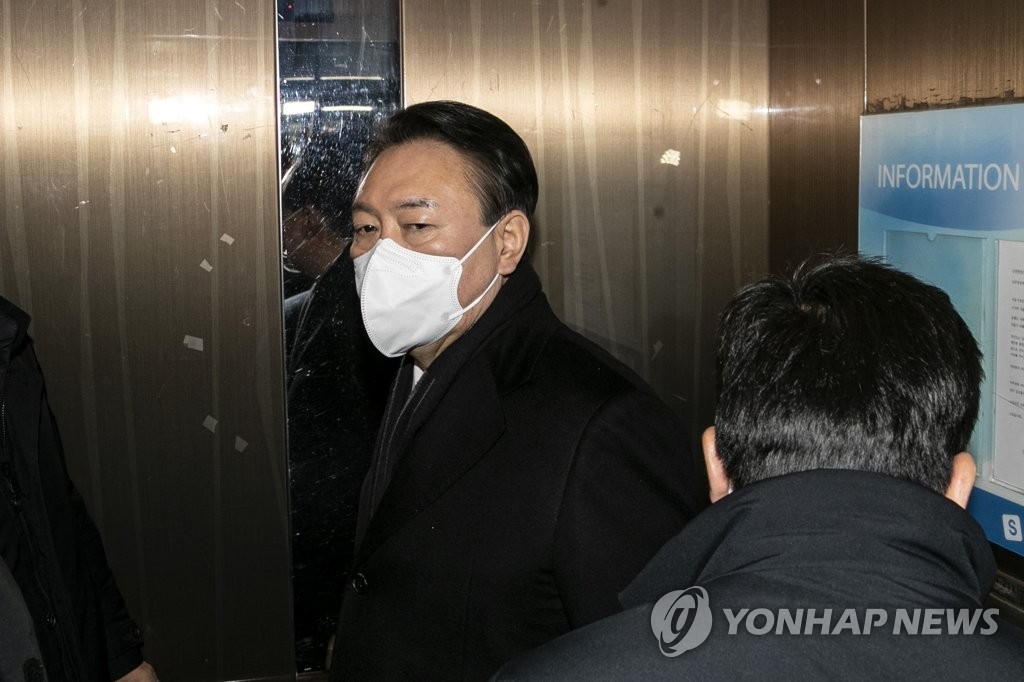 Shin Ji-ye, a 31-year-old feminist politician who joined Yoon's campaign two weeks ago as senior deputy chair of the Saesidae Preparatory Committee, was the first to announce her departure on Facebook. The committee works directly under Yoon to woo moderates and liberals with an affinity for the conservative party.

Shin's recruitment was a surprise move that was expected to widen the conservative candidate's appeal among young female voters.

But Shin made clear in her post that she faced internal resistance, especially from PPP Chairman Lee, and received all the blame for Yoon's falling support.

Lee and Shin had often clashed bitterly over gender issues, with Lee advocating for anti-feminist men in their 20s.

"I am stepping down from my position on the campaign committee, but I will do my best for a change of government wherever I am," Shin wrote.

Yoon posted his own message on Facebook shortly afterward, saying it was his fault Shin resigned.

"I failed to read the minds of those in their 20s and 30s with care," he wrote, adding he admits he "greatly disappointed" young voters by viewing gender issues through the lens of older generations.

"From now on, I will acknowledge what the older generation does not know and start anew from a position that is sympathetic to young generations," Yoon wrote.

By the afternoon, the party's floor leader, Rep. Kim Gi-hyeon, and its chief policymaker, Rep. Kim Do-eup, offered to leave their positions in a demonstration of their commitment to overhauling the campaign plagued by factional feuding.

In the midst of this storm, PPP Chairman Lee said he is not going anywhere.

"My position (within the party) hasn't changed," Lee told reporters Monday evening, while adding that he didn't have all the details on the mass resignations.

"I don't have anything more to say on that today," Lee said. "I will see if I have any more comment by tomorrow afternoon."