SEOUL, Jan. 3 (Yonhap) -- The man who crossed the eastern inter-Korean border into North Korea over the weekend was found to be a North Korean defector, an official at South Korea's defense ministry said Monday.

Citing surveillance footage, the official said the man is the 30-something defector who had also used an eastern front-line route to reach the South in November 2020 but stressed no evidence of espionage has been found.

The incident on Saturday brought the South Korean Army's 22nd Division in charge of the eastern front-line area under renewed criticism for the latest border breach.

"In the footage, the man was recognized to be the same as the defector so we can call him the same person," the official told reporters on condition of anonymity.

On Saturday, the man crossed the barbed wire fence to enter the Demilitarized Zone separating the two Koreas and then raced across the Military Demarcation Line despite eleventh-hour efforts to stop him.

After the defection to the South, the man is known to have worked as a cleaner here, an indication that he might have had economic difficulties here. Other details about him were not immediately known.

The defector had been out of contact since Thursday, while a surveillance camera installed in the Civilian Control Line near the land border captured him hours before his border crossing, the official said.

On Sunday, South Korea's military sent a message to the North twice regarding the border crossing through a western cross-border communication line. The North has replied it has received them, the official said.

"But there was no reply about our request for the protection of the person," the official said. 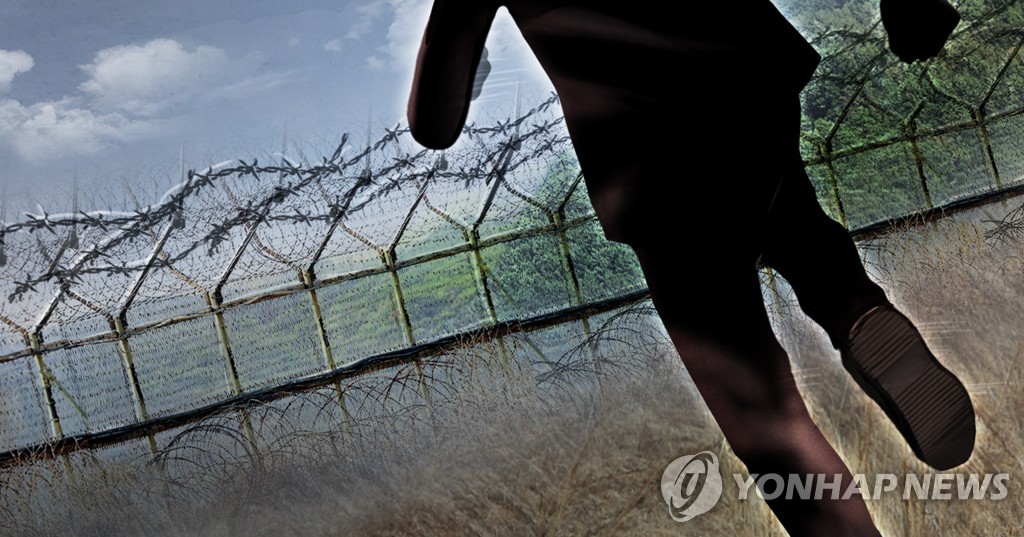