SEOUL, Jan. 4 (Yonhap) -- The U.S. Department of Defense has said South Korea and the United States will proceed with their combined springtime exercise as previously agreed upon, according to Radio Free Asia.

The statement by a Pentagon spokesperson came amid concerns that the exercise, if held, could dampen Seoul's efforts to resume dialogue with Pyongyang. The North has berated the allies' drills as a war rehearsal against it.

"No changes to the training/exercise schedule as was discussed in the SCM," the spokesperson was quoted as saying in response to the U.S.-funded broadcaster's question of whether the exercise could be postponed.

The SCM (Security Consultative Meeting) is the allies' annual defense ministerial talks. It was last held in Seoul in December.

Boo Seung-chan, the spokesperson of Seoul's defense ministry, said the allies have been in close consultation over the exercise plans, but details, including their timing and scale, have yet to be finalized.

"Regarding the exercise planned for the first half of this year, we have had close consultations in consideration of conditions like the COVID-19 situation, domestic schedules and the deployment schedule of U.S. augmentation personnel," he said.

With just four months left in its term, the Moon Jae-in administration hopes to make progress in its stalled initiative to foster lasting peace on the divided Korean Peninsula.

In recent years, Seoul and Washington have adjusted the scale of their regular drills to back up diplomacy for peace with Pyongyang, despite worries that downsizing combined exercises could take a toll on military readiness.

The Pentagon spokesperson also told the broadcaster that any decision related to the combined training will be made under "a mutual agreement."

Meanwhile, Seoul has been seeking to advance the timing of an allied assessment required for it to retake wartime operational control (OPCON) from Washington.

During the SCM, Suh and Austin agreed to conduct the full operational capability assessment later this fall, but Seoul hopes to conduct it earlier than planned in order to accelerate the OPCON transfer process. 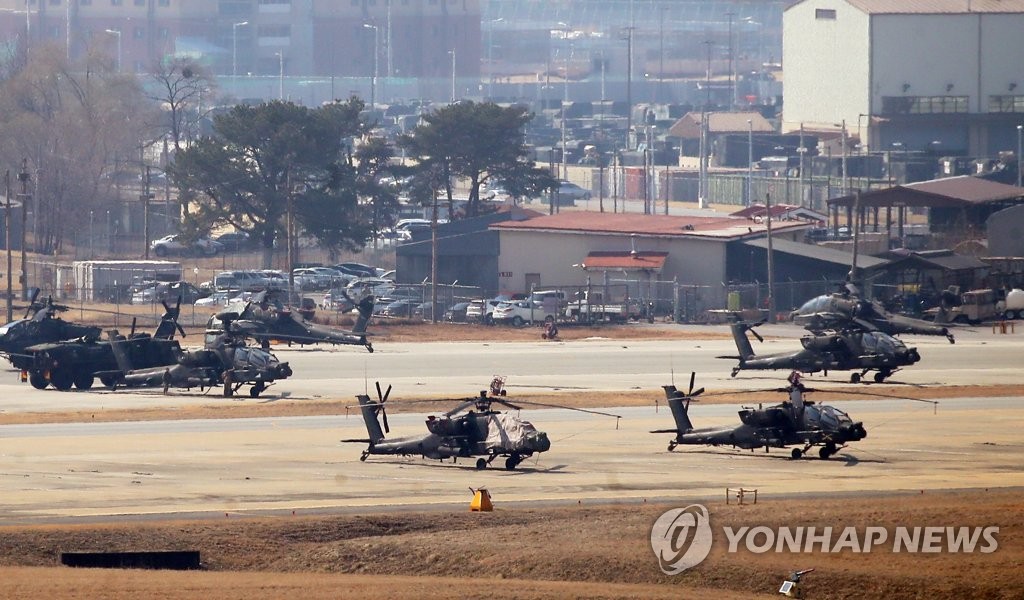