SEOUL, Jan. 4 (Yonhap) -- South Korea's military on Tuesday confirmed four cases of COVID-19 among troops stationed in Lebanon and South Sudan, amid growing concerns over the omicron variant around the globe.

Two service members stationed in the Dongmyeong unit in Lebanon and two others based in the Hanbit unit in South Sudan have tested positive, according to the defense ministry. All of them have mild symptoms, it noted.

South Korea has a total of around 1,000 troops stationed overseas, including the Akh unit in the United Arab Emirates (UAE) and the Cheonghae unit on anti-piracy missions off the coast of Africa.

The military, which launched the booster shot program for local troops last month, said it plans to send jabs to Lebanon and South Sudan in the near future to inoculate the dispatched members between January and February.

The Akh unit also began inoculating its troops under cooperation with the UAE government, with the Cheonghae unit planning to start its own inoculation this month.

The military, meanwhile, reported 21 additional COVID-19 cases on Tuesday, including 20 breakthrough infections, raising the total caseload among its personnel to 3,332.

Of the new cases, 14 are from the Army, four from the Air Force, two from units under the direct control of the defense ministry, and one from the Navy.

Currently, 224 military personnel are under treatment. Of the total military caseload, 1,527 are breakthrough cases. 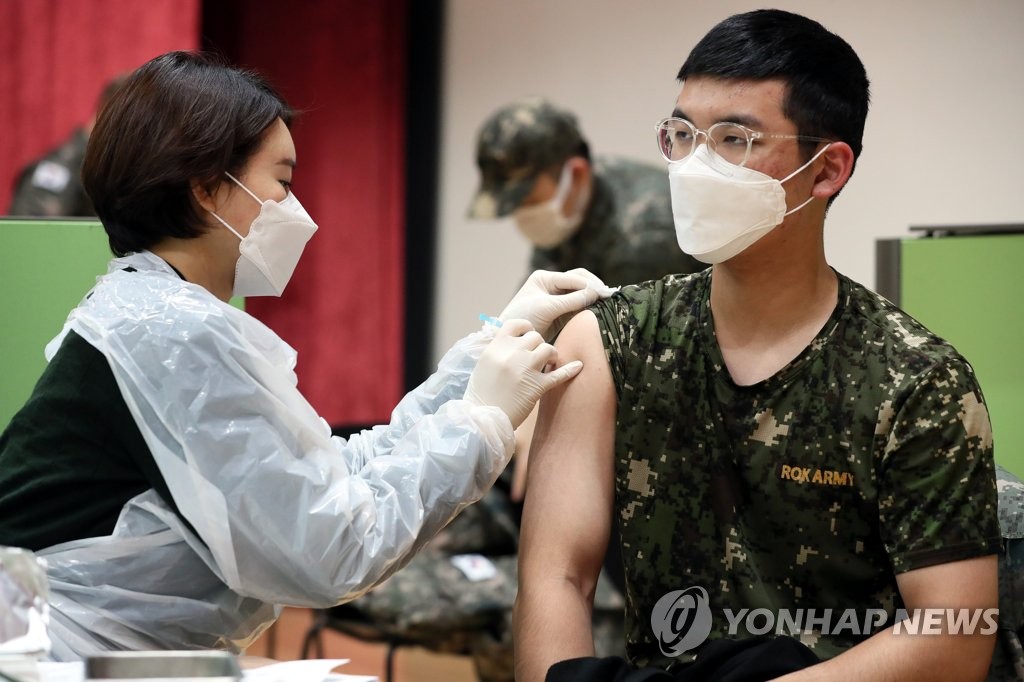