SEOUL, Jan. 4 (Yonhap) -- South Korea's central bank chief Tuesday urged local financial institutions to brace for the possibility of growing credit risk from heavily indebted households and self-employed as the country will continue to tighten loose financial and monetary policy put in place to prop up the pandemic-hit economy.

Lee Ju-yeol, governor of the Bank of Korea (BOK), made the remarks in his written New Year's greetings for the financial community, adding that such credit risk could get worse amid rising external uncertainty.

"First and foremost, efforts should be made for thorough risks management," Lee said. "There is the possibility of growing credit risk mainly among some households and self-employed with excessive leverage and facing a slowdown in business in the process of normalizing loose financial measures."

"With external uncertainty very high, in particular, such internal vulnerable factors could develop into a weak ring in the financial system, which warrants heightened monitoring to brace for potential danger," he added.

Lee still emphasized the importance of finance's role as a "catalyst" by providing funds to sectors that will spearhead innovation and accelerate the move toward the "digital economy" in the post-pandemic era.

Households and self-employed have piled up more debt as they have been grappling with the fallout from the coronavirus pandemic since early 2020 as borrowing costs were kept at record lows to bolster the slumping economy.

The central bank and financial regulators are now pushing to rolling back such measures as the economy is showing signs of rebounding, worrying that the debt issue could derail the recovery.

In November, the BOK raised its key interest rate by a percentage point to 1 percent, which was the second hike in borrowing costs after a 0.25 percentage point increase in August. Lee earlier hinted at the possibility of further rate hikes early this year. 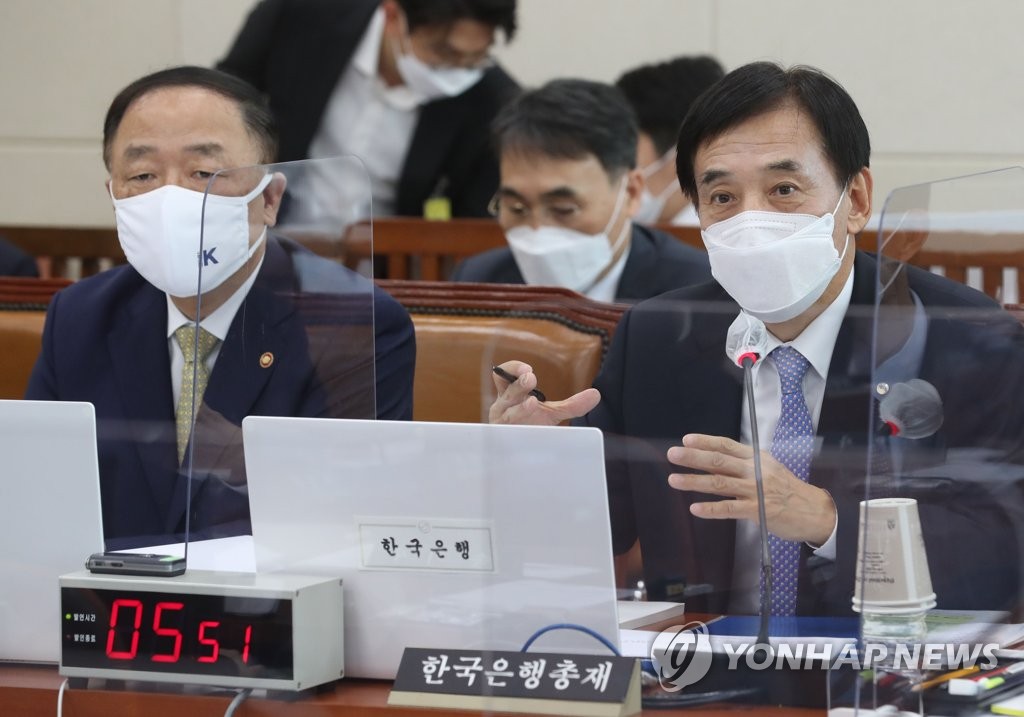