SEOUL, Jan. 4 (Yonhap) -- Ruling party presidential candidate Lee Jae-myung said Tuesday he believes it will be possible to draw up a supplementary budget of up to 30 trillion won (US$25 billion) before the end of January to support pandemic-hit small businesses.

Lee of the Democratic Party made the remark during a New Year's press conference, referring to his party's push to create an extra budget to help small merchants affected by the government's COVID-19 business restrictions. 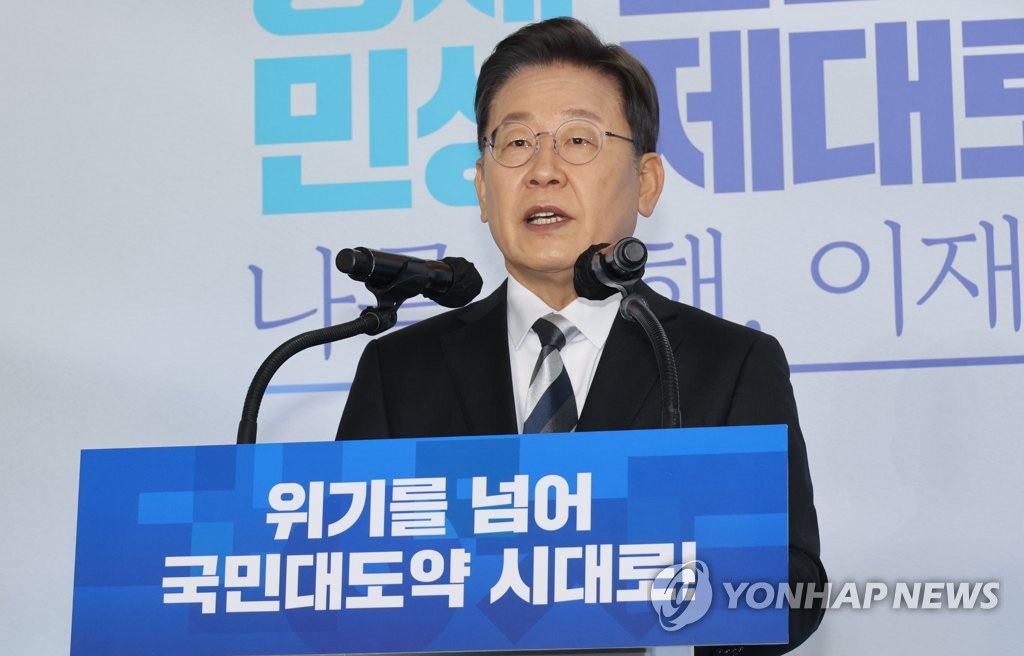 "I think it's certainly possible before the Lunar New Year," the nominee said during the event held at a Kia car plant in Gwangmyeong, southwest of Seoul. Lunar New Year falls on Feb. 1. "In terms of size, I think a feasible goal is between 25 trillion and 30 trillion won."

Lee noted that the ruling and opposition parties and the government have widely different views on a supplementary budget but claimed even if the government provided an extra 100 trillion won as proposed by the main opposition People Power Party's campaign chief Kim Chong-in, it would still fall short of the amount provided in other countries.

"If we ask the government for large-scale assistance, including through the issuance of government bonds, I don't think there will be any reason for the government to refuse or reject it," he said.

The car plant is considered the birthplace of South Korea's auto industry and a symbol of the 1997 financial crisis.

Lee used the platform to pledge to build a stronger and richer nation.

"I will proceed toward a national income of $50,000 with the aim of establishing the fifth most powerful nation in the world," the nominee said. South Korea's current per capita income is above $30,000. 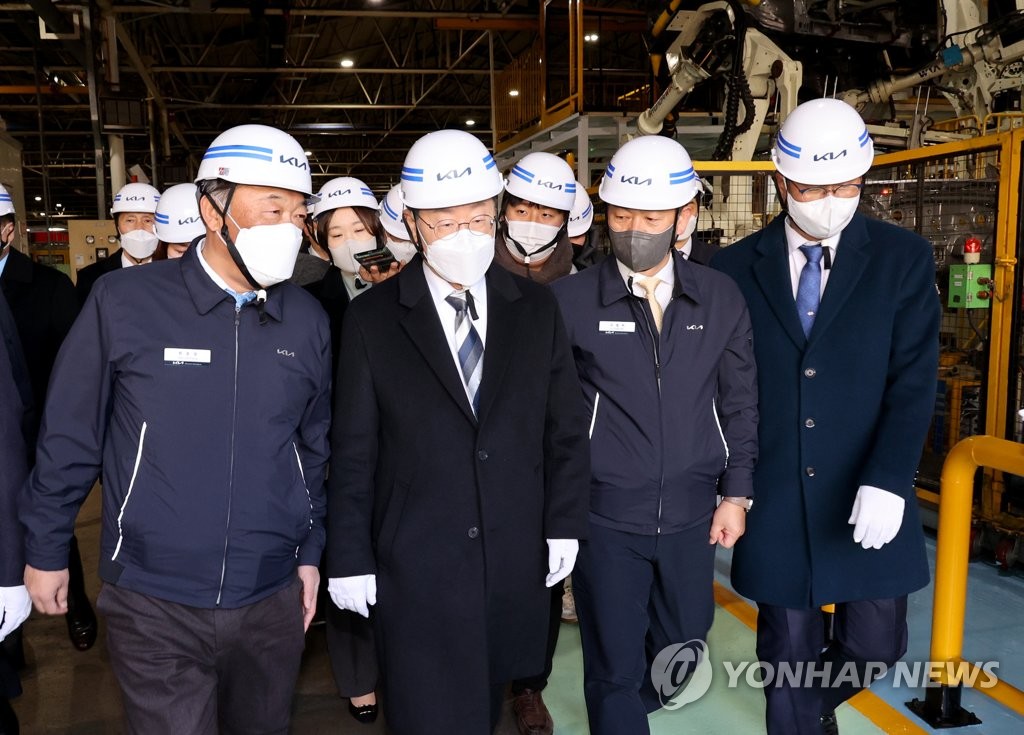 "In the same way that I beat extreme poverty and disability, hardships and crises in my life, I will overcome the crisis facing the Republic of Korea together with the people of whom I am proud," he continued. "I will become a president of the economy and of people's livelihoods who is strong and capable in the face of crisis."

Lee said he will bring soaring house prices under control and expand government compensation for businesses hit by the pandemic.

To tackle the climate crisis, he vowed to establish a foundation for a carbon neutral society.

Lee also pledged to pursue pragmatic diplomacy driven by national interests to rise above the growing rivalry between the United States and China and establish a peace regime on the Korean Peninsula.

On the question of joining the Quad, a U.S.-led security forum widely viewed as a coalition against Beijing, Lee said Seoul does not need to make a decision in advance, because it has not received a formal invitation to join the group.

"We don't have to respond in advance, and even if they do ask, we can give a third-party response from our point of view," he said. "We could choose the United States and China simultaneously or not choose either and, depending on the issue, choose one side a little more than the other."