SEOUL, Jan. 4 (Yonhap) -- Two more members of the K-pop supergroup BTS -- RM and Jin -- were confirmed to have fully recovered from the new coronavirus and released from isolation Tuesday after Suga, their agency said.

"Members RM and Jin were released from isolation at noon as they were confirmed to have been fully recovered from COVID-19," Big Hit Music said.

"The two showed no serious symptoms of the virus during the isolation period," it added. "Jin had mild symptoms, such as a mild fever at the early stage of treatment at home, but soon fully recovered."

The two members tested positive for the virus on Dec. 25, one day after member Suga received a virus-positive result.

They returned home last month after visiting Los Angeles for large-scale live concerts as members of the group.

All three completed the vaccination process in August, according to the agency.

With their recoveries, BTS will be able to do group activities soon.

The septet is currently taking a long vacation to spend the holiday season with their family members after returning from the U.S.

The group is expected to return to work before the Grammy Awards ceremony on Jan. 31 (local time), where it was nominated for best pop duo or group performance. 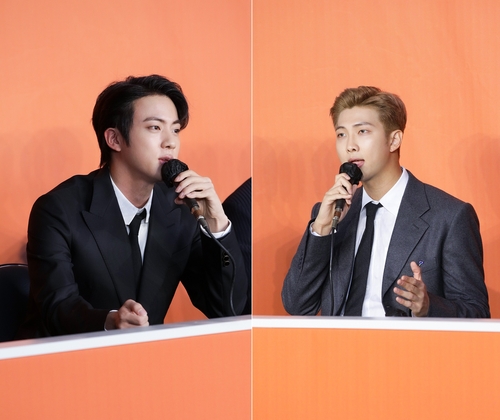