SEOUL, Jan. 4 (Yonhap) -- Yoon Suk-yeol, the presidential nominee of the main opposition People Power Party (PPP), is likely to unveil a plan to overhaul his campaign on Wednesday, officials from his camp said Tuesday, after senior members of the party's election committee offered to resign en masse amid declining support for the candidate.

Yoon is set to hold a press conference at the PPP's headquarters in Seoul to explain his decision on the revamp and whether to accept resignations of the ranking campaign officials, they said. The former prosecutor general scrapped all of his scheduled appearances for Tuesday to come up with solutions on the PPP's internal issues.

Yoon has reportedly decided to disband the current campaign committee led by Kim Chong-in and set up a "slimmer and practical" campaign body by restructuring existing campaign units' roles and functions, officials said.

On Monday, all senior members of its campaign committee, excluding Kim, offered their resignations. The turmoil came just two months ahead of the March 9 presidential election as Yoon's approval rating has lagged behind that of ruling Democratic Party candidate Lee Jae-myung following a series of internal feuds involving PPP Chairman Lee Jun-seok and controversy over Yoon's wife's alleged lying on resumes. 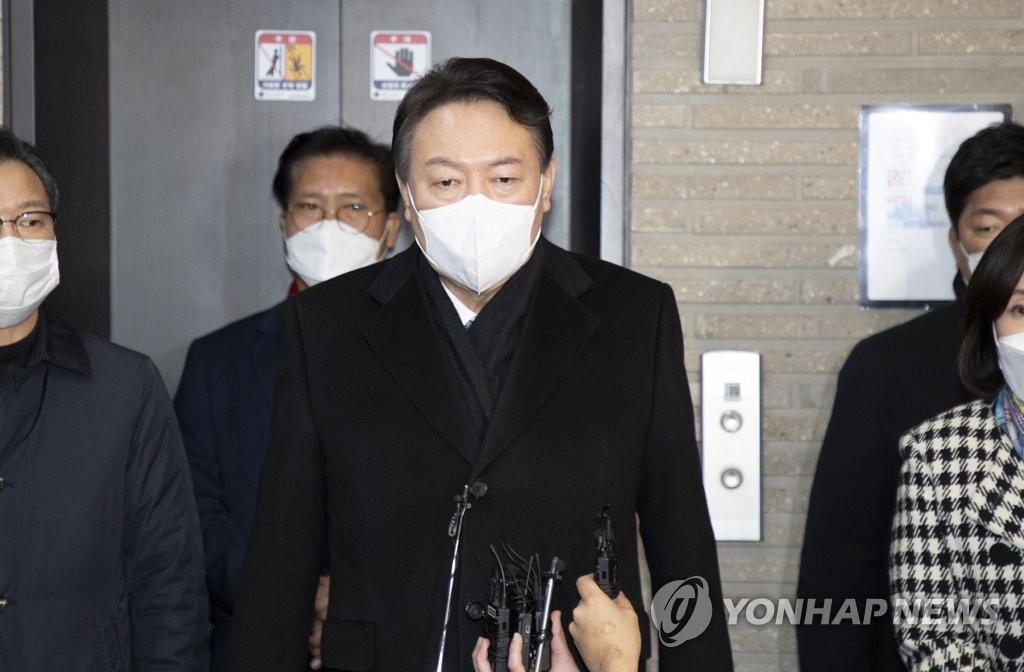