LAS VEGAS, Jan. 4 (Yonhap) -- Samsung Display Co., the display panel-making arm of Samsung Group, said Tuesday it will roll out QD OLED TV displays in two sizes as well as a monitor display in the first half of the year, ending industry speculations regarding the timing of the commercial debut of the company's next-generation display.

The announcement was made during the media preview of the Consumer Electronics Show (CES) held at Encore At Wynn in Las Vegas where the display maker is showcasing its innovative new products and prototypes at a private booth for customers from Jan. 5-7.

The company said 65- and 55-inch display panels for QD OLED TVs and 34-inch monitor panels will be released within the next six months.

Also on display included a variety of double-bending foldable and rollable QD display panels, such as the Flex S and Flex G.

The Flex S can fold in and out like an "S" curve, and the Flex Note uses a 17.3-inch foldable display panel for optimal use in portable devices, like notebooks. The Flex Slidable can extend horizontally whenever necessary to enjoy a tablet-sized 7.3-inch screen. 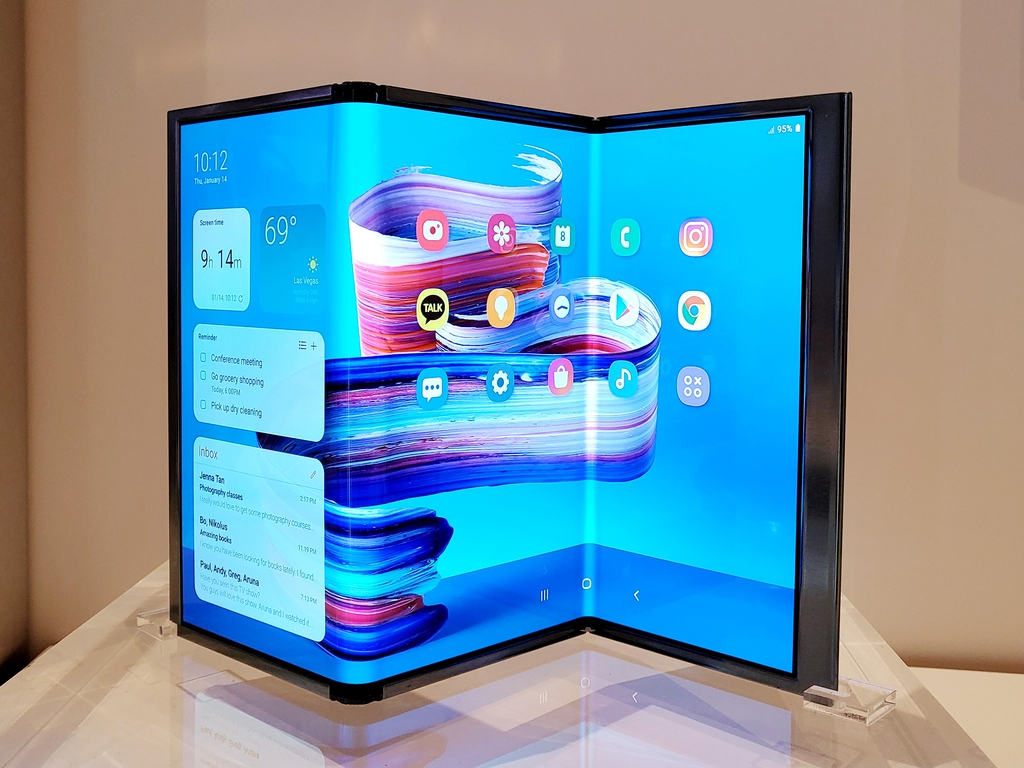 Since 2013 when Samsung Display first unveiled the technology for the OLED panel used in the Galaxy S4 series, it has became the standard structure on all Samsung OLED, the company said.

The company announced investment for its QD display production line, known as Q1, in October 2019 and started mass production of QD OLED displays at its plant in Asan in November last year in a gradual transition to more profitable, high-end QD displays from LCD panels.

With the expected launch of QD OLED display panels in the coming months, the global premium TV market is in for serious competition. 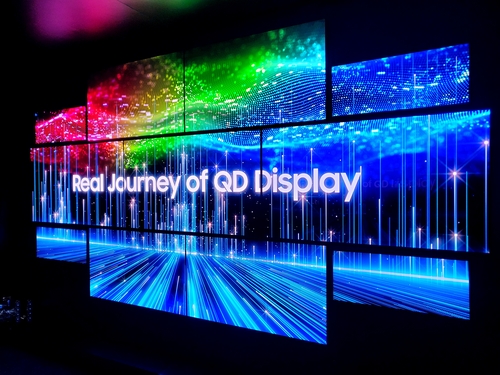