(ATTN: UPDATES with new info in paras 2-4)
By Song Sang-ho and Kang Yoon-seung

The North launched the missile eastward at around 8:10 a.m. from a site in its northern province of Jagang bordering China, the Joint Chiefs of Staff (JCS) said without further elaboration.

Jagang Province is the region from which the North fired what it claimed to be a hypersonic missile, called Hwasong-8, in September last year.

"In consideration of what we have detected, the intelligence authorities of South Korea and the United States are conducting a detailed analysis," the JCS said in a text message sent to reporters. 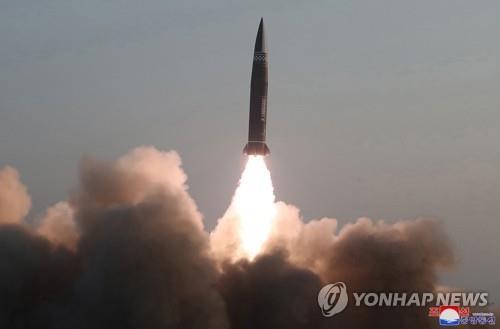