SEOUL, Jan. 5 (Yonhap) -- V, a member of the K-pop supergroup BTS, is about to make it onto the Billboard main singles chart for this week with his individual single "Christmas Tree."

The song will debut at No. 79 on the Hot 100 for this week, Billboard said on its Twitter on Tuesday (U.S. time), with the chart set to be refreshed in a day.

Released on Dec. 24, "Christmas Tree" is a song from the soundtrack of the South Korean TV series "Our Beloved Summer," starring Choi Woo-shik of the Cannes-winning Korean film "Parasite."

The feat will make V the third BTS member to chart an individual single on the Hot 100 after J-hope with "Chicken Noodle Soup" and Suga with "Daechwita" and "Girl of My Dreams." 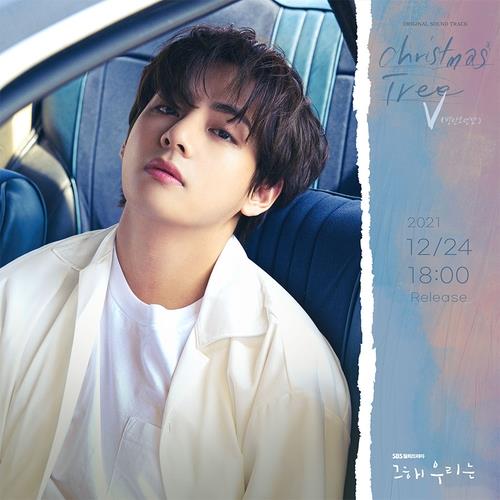