SEOUL, Jan. 5 (Yonhap) -- South Korea's daily coronavirus cases bounced back to above 4,000 for the first time in three days Wednesday, putting health authorities on high alert over a possible resurgence amid omicron concerns.

The country added 4,444 new COVID-19 infections, including 4,233 local infections, raising the total caseload to 649,669, according to the Korea Disease Control and Prevention Agency (KDCA).

Wednesday's figure was up 1,420 from a day earlier and down 963 compared with the same day last week.

Health authorities and local governments had reported 3,479 new cases as of 9 p.m., down 210 from the same time the previous day. Daily cases are counted until midnight and announced the following morning.

The number of daily infections has slowed in recent weeks as the government tightened anti-virus measures and more people received COVID-19 booster shots.

The number of critically ill COVID-19 patients was the lowest in the past two weeks at 953, according to the KDCA. Critical cases stayed below 1,000 for the second straight day Wednesday.

The bed occupancy rate in hospitals' intensive care units for COVID-19 patients stood at 56.5 percent as of 5 p.m. Tuesday, the first time the number fell below 60 percent since Nov. 14.

In early November, the government eased long-enforced antivirus restrictions as part of efforts to return to normalcy in phases under the "living with COVID-19" scheme.

Daily cases, however, soared to a record high of 7,848 on Dec. 15, prompting the government to reimpose a set of revised virus restrictions for two weeks, which were supposed to end Sunday.

Amid concerns over the spread of the omicron variant, the government extended the social distancing rules for two weeks through Jan. 16, which include a four-person cap on private gatherings across the nation and a 9 p.m. business hour curfew on cafes and restaurants.

Health authorities still remain on high alert as the country reported its first cases of deaths connected to the omicron variant Monday. Health experts predict omicron will become the dominant variant here in one or two months.

Of the locally transmitted cases, Seoul reported 1,346, while 1,416 came from the surrounding Gyeonggi Province and 261 from Incheon, 40 kilometers west of Seoul.

As of Wednesday, 42.7 million people, or 83.2 percent of the country's 52 million population, have been fully vaccinated, and about 19.3 million, or 37.7 percent, have received booster shots, the KDCA said.

The KDCA encouraged people to receive booster shots, saying those over age 60 who had three doses were 82.8 percent less likely to be infected with the coronavirus when compared with those who have only completed their second shot.

On Monday, the country introduced a six-month validity period for the COVID-19 vaccine pass that is required for people to enter restaurants, theaters, cram schools and other indoor multipurpose facilities.

South Korea on Tuesday suspended the vaccine pass mandate for cram schools and other private education facilities following a court ruling that the system infringes on people's right to learn.

Health authorities stressed that the vaccine pass is crucial to protecting unvaccinated patients and for the country's medical response system.

Meanwhile, the government said it has signed a deal with U.S. drug giant Pfizer Inc. to secure an additional COVID-19 pills for 400,000 people.

Last month, South Korea signed a pre-purchase contract with Pfizer to buy the pill Paxlovid for 362,000 patients. It also inked a deal with MSD, a subsidiary of U.S. drugmaker Merck & Co. for the pre-purchase of oral coronavirus medications for 242,000 people.

With the latest contract, South Korea has signed deals to secure oral COVID-19 drugs for around 1 million patients.

The country's drug safety agency approved emergency authorization of Paxlovid on Dec. 27, making it the first such pill to be used here as early as mid-January. 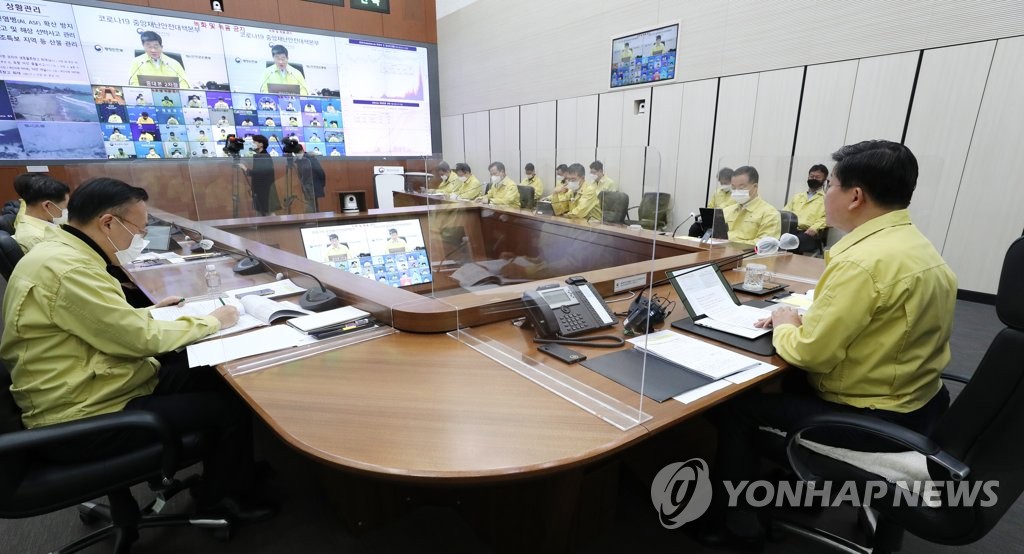 (6th LD) Daily virus cases bounce back to above 4,000 amid omicron concerns

(6th LD) Daily virus cases bounce back to above 4,000 amid omicron concerns