Ahn of the People's Party gained 19.1 percent support from young adults, followed by Yoon of the main opposition People Power Party (PPP) with 18.4 percent. The gap between Ahn and Yoon was within a margin of error of plus or minus 3.1 percentage points.

Sim Sang-jeung of the minor progressive Justice Party came in fourth with 7.5 percent, followed by Kim Dong-yeon of the New Wave with 1.4 percent.

The survey showed 29.3 percent of the respondents favored the ruling party holding on to power, while 28.3 percent voted for a regime change with other third-party candidates, and 26.8 percent supported the PPP taking over power.

Asked about candidates' election pledges and policies they are most interested in, those related with real estate were the top pick with 33.4 percent, followed by jobs with 19.6 percent, balanced national development with 13.5 percent and gender equality with 11.2 percent.

The DP had the highest approval rating among young adults with 31.7 percent, followed by the PPP with 27.9 percent, the People's Party with 9.4 percent and the Justice Party with 5.4 percent. 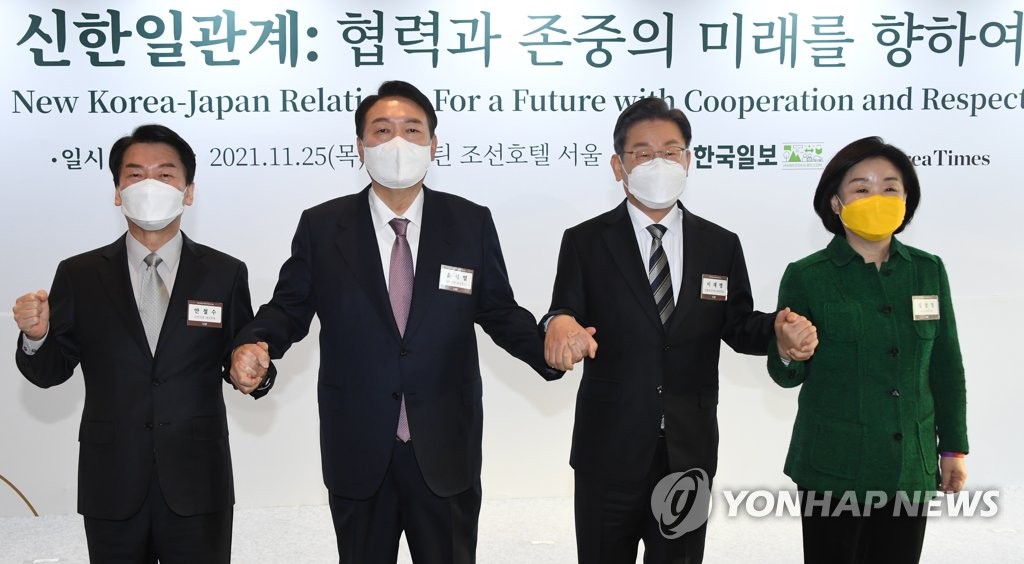