SEOUL, Jan. 5 (Yonhap) -- President Moon Jae-in on Wednesday called for North Korea to make efforts for dialogue in a more earnest manner, after Pyongyang launched a suspected ballistic missile into the sea in this year's first show of force.

"This morning, North Korea test-fired an unidentified short-range projectile," Moon told a groundbreaking ceremony for a railway at an inter-Korean border town. "Because of this, there are concerns that tensions could rise and a stalemate of inter-Korean relations could further deepen."

But in order to fundamentally overcome this situation, Moon said the South should not give up on dialogue.

South Korea's military said North Korea fired what is presumed to be a ballistic missile toward the East Sea earlier in the day. 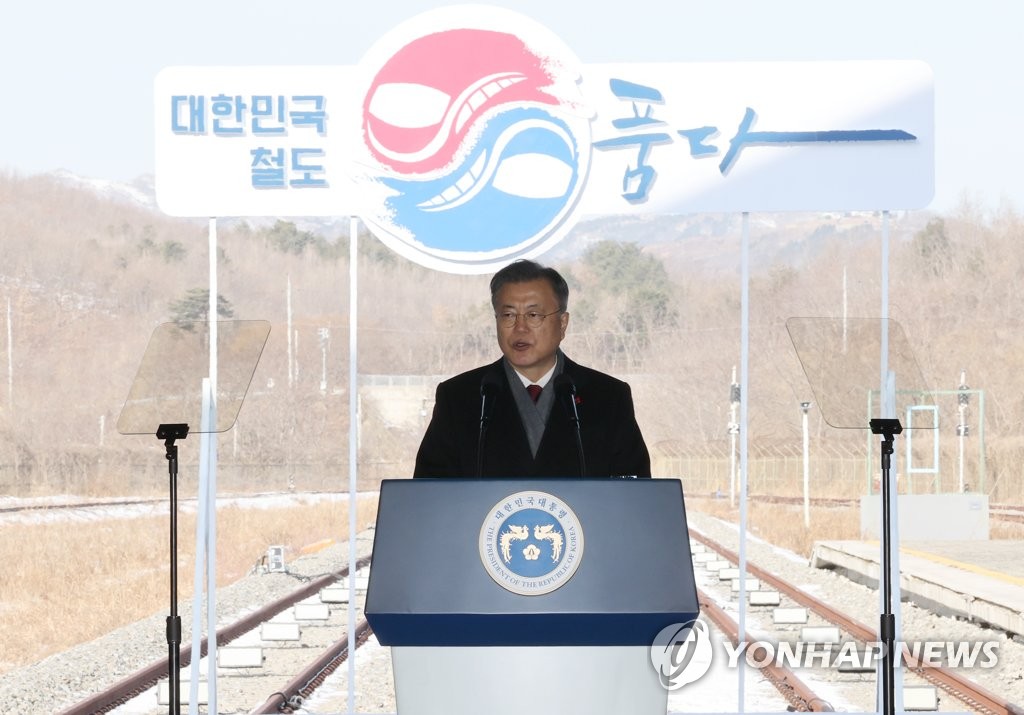 North Korea has shunned talks on its nuclear program since the no-deal summit in 2019 between leader Kim Jong-un and then U.S. President Donald Trump.

Wednesday's launch of a suspected missile came shortly before Moon attended the ceremony to build the single-track line from the east coastal city of Gangneung to the border town of Jejin. The line has been left unconnected since 1967.

Relinking cross-border roads and railways was one of the key agreements reached during the 2018 meeting between Moon and Kim at the border village of Panmunjom that set off a wave of detente.

But the peace mood has since come to a halt as the second summit between Kim and Trump ended without an agreement.

The construction of the Gangneung-Jejin line had gained attention because of its possible connection to a railway in North Korea.

Moon said the construction of the Gangneung-Jejin line "symbolically shows our trust and willingness" to relink a railway in North Korea.