JINCHEON, South Korea, Jan. 5 (Yonhap) -- The stated goal for South Korea at the 2022 Beijing Winter Olympics, which will open a month from now, is to win one or two gold medals at best.

For a country that has won at least two gold medals at every Winter Games since 1992 and at least five at three of the past four, this is certainly a conservative target, as set by the Korean Sport & Olympic Committee (KSOC) last month. While there are valid reasons for such pessimism, athletes themselves expressed confidence Wednesday they can do much better in China next month. 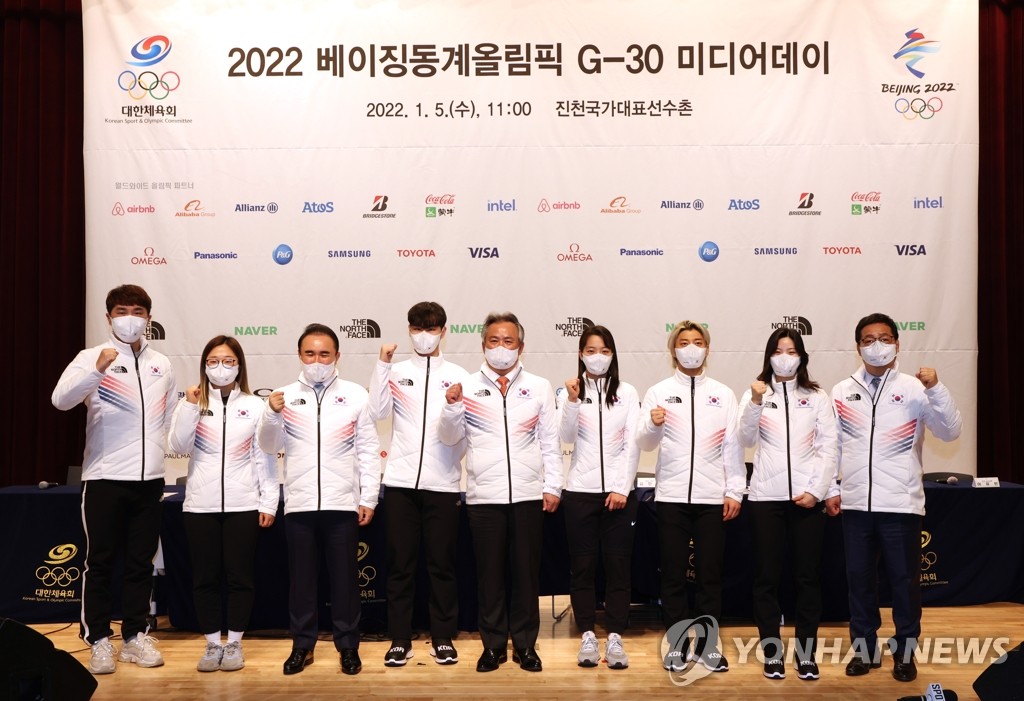 "We all have our own goals heading into the competition, and the KSOC's target probably doesn't mean much to us individually," said speed skater Kim Bo-reum at a joint press conference held at the Jincheon National Training Center in Jincheon, 90 kilometers south of Seoul. The media event marked the 30-day countdown to the Feb. 4-20 Winter Olympics.

Kim won a silver medal in the women's mass start at the 2018 PyeongChang Winter Olympics and will go for her second consecutive medal.

The women's curling team also grabbed silver four years ago and will look to repeat that feat, or even do one better, this time around. Kim Seon-yeong, lead of the team, echoed Kim Bo-reum's sentiment. 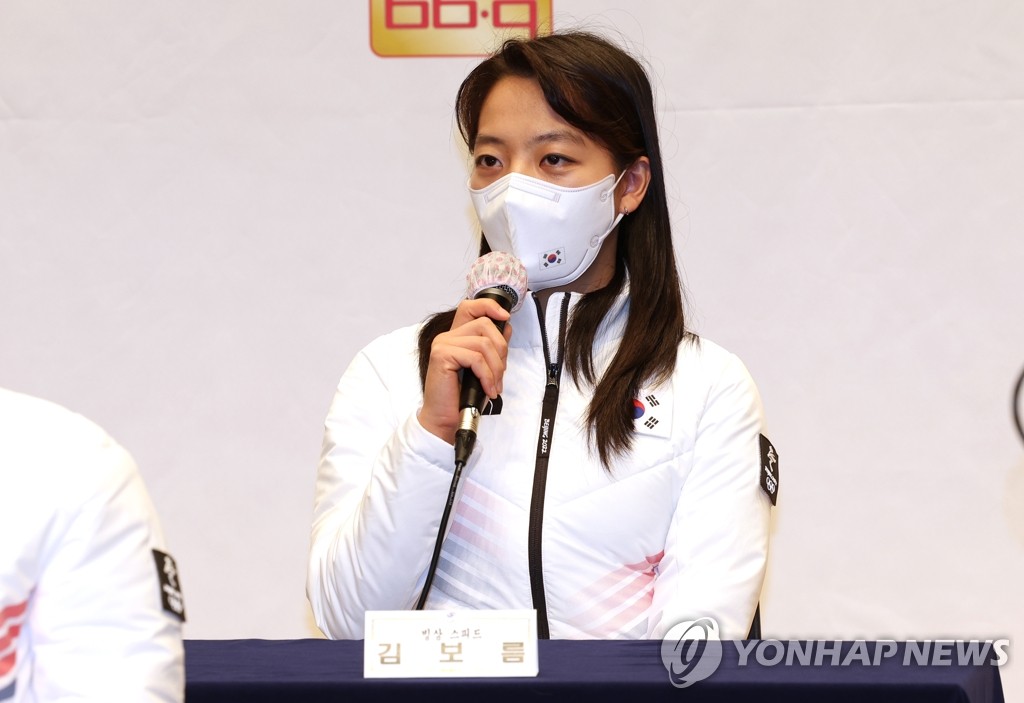 "Just because the KSOC set a low target, it doesn't mean we won't win medals," the curler said. "If anything, it eases the pressure on us. We won't let (the low medal target) affect us, and we'll focus on winning a medal. In PyeongChang, we enjoyed success because we concentrated on the process, rather than the result. We'll stick to the same approach in Beijing."

The KSOC based its prediction on, among others, a series of issues that have marred the short track team.

South Korea has been the most successful country in Olympic short track history, with 24 gold medals and 48 medals overall. But rival nations have improved significantly in recent years, as attested by South Korea's struggles in the recently-concluded International Skating Union (ISU) World Cup season. 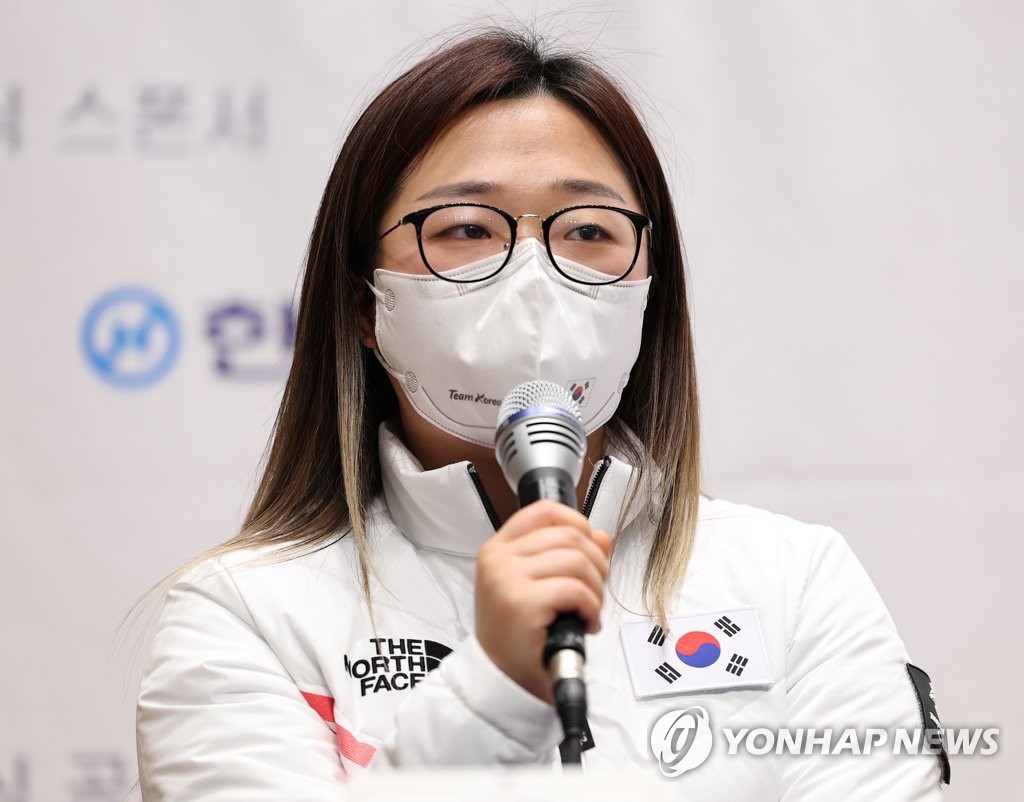 Off the ice, Shim Suk-hee, a two-time Olympic champion, was slapped with a two-month ban last month for disparaging her 2018 Olympic teammates and coaches in leaked text messages. Unless she can get it reduced or overturned in a court injunction, Shim, who won the Olympic trials in May, will not be eligible for Beijing.

"Considering several situations, it is going to be difficult to win many gold medals," Lee said. "As we stated earlier, our goal is to win one or two gold and finish 15th in the medal race."

Kwak Yoon-gy, the elder statesman on the short track team at 32, said the men's 5,000m relay team can do some damage in Beijing. He also predicted Choi Min-jeong should win her second straight gold medal in the women's 1,500m and his teammate Hwang Dae-heon will be a gold medal favorite in the 500m. 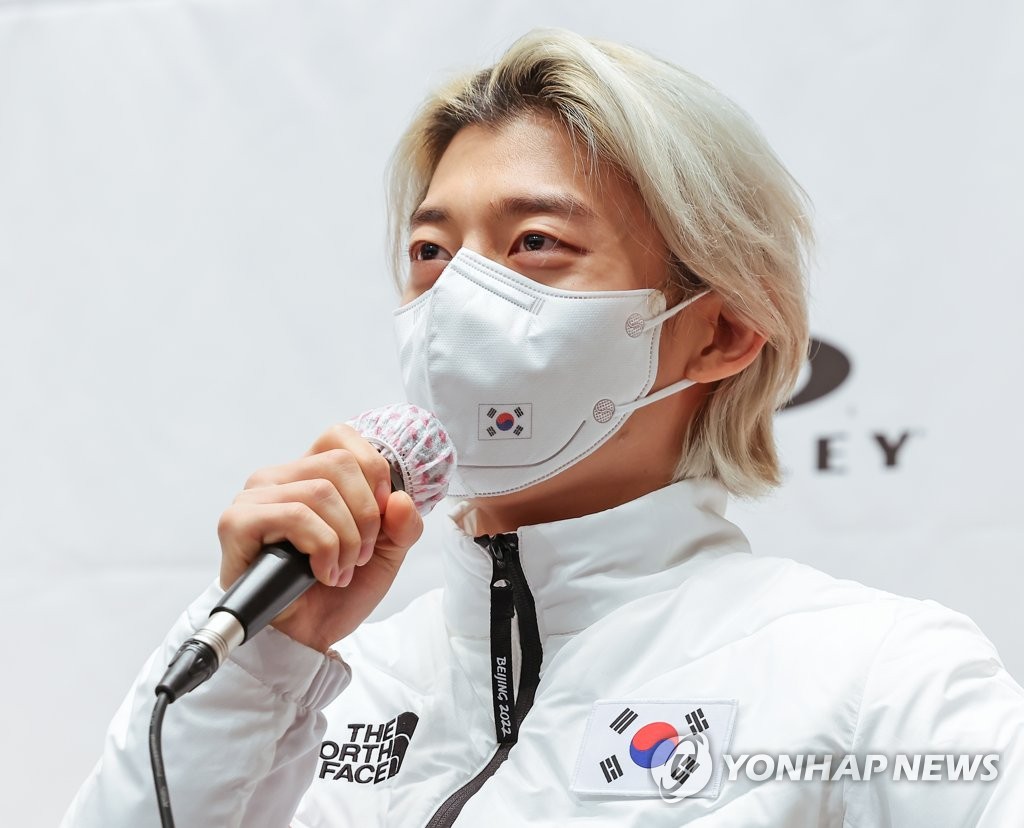 "I was worried that my teammates would get down on themselves after all that has happened, but they have all been able to stay focused," Kwak said. "I've learned a lot from my younger teammates."

Lee Yu-bin, a member of the women's short track team, chimed in: "The mood within our team has been really upbeat. We're working hard toward our goals."

The KSOC said 32 South Korean athletes in three sports had secured places for Beijing 2022 as of Wednesday. The deadline to finalize entries is Jan. 24, and the KSOC expects to have around 60 athletes compete in six sports.