The drama topped Netflix's official weekly chart for non-English TV programs with 47.8 million hours of viewing for the week from Dec. 27-Jan. 2, far outnumbering "The Queen of Flow: Season 2" with 29.5 million hours and "Money Heist: Part 5" with 26.3 million hours.

It marked a remarkable on-week increase in viewership, as it placed third with 22.2 million hours previous week. The eight-part series premiered on Dec. 24.

It is the third Korean-language series that has topped the Netflix's chart for non-English TV shows, following the global sensation "Squid Game" released in September and Yeon Sang-ho's fantasy horror "Hellbound" in November.

Netflix said "The Silent Sea" made the top 10 in the category in 77 countries over the one-week period and topped the list in six nations, including South Korea and Thailand.

Starring Bae Doo-na and Gong Yoo, the latest Netflix original is set on the moon, where a special team is tasked with finding out the secrets of an abandoned research facility, Balhae Base. 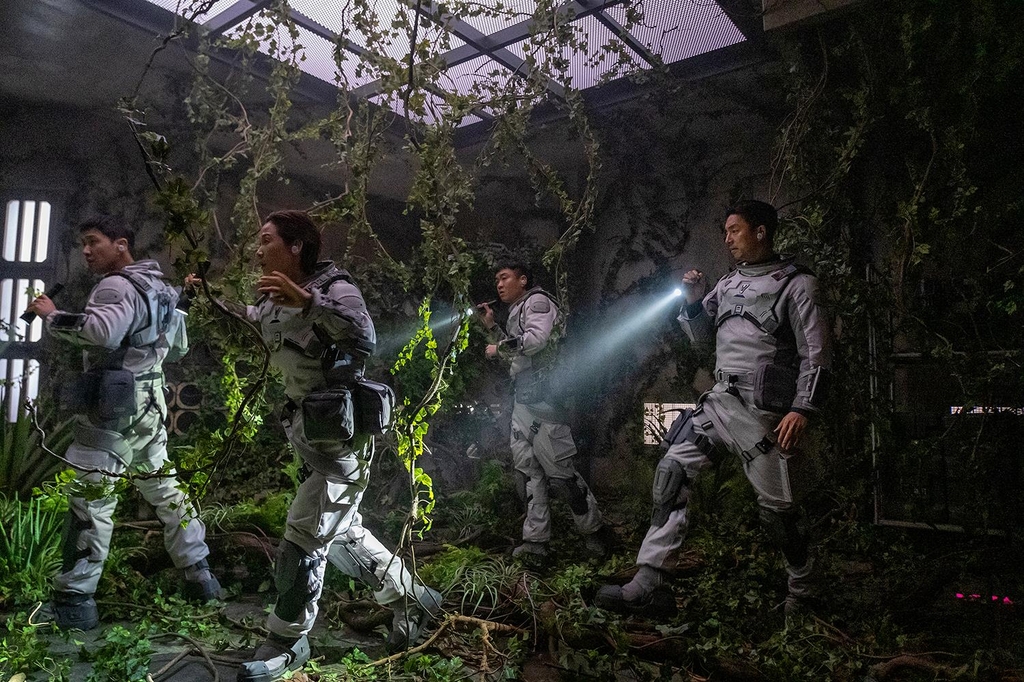