SEOUL, Jan. 5 (Yonhap) -- South Korea's unification ministry on Wednesday urged North Korea to respond to calls for dialogue after the North launched what appears to be a ballistic missile toward the East Sea in its latest show of force.

The North fired the missile at around 8:10 a.m. from the northern province of Jagang where it claimed to have fired a hypersonic missile in September last year, according to the South Korean military.

The missile launch came hours before President Moon Jae-in attended a groundbreaking ceremony for a railway at an inter-Korean border town of Goseong. Relinking cross-border roads and railways was one of key agreements reached during a 2018 summit between Moon and North Korean leader Kim Jong-un.

"We will keep the situation surrounding the Korean Peninsula under stable control while continuing efforts to ... improve inter-Korean relations to an irrevocable level by resuming dialogue and cooperation," the ministry said in a press statement. "We urge North Korea to sincerely respond to our efforts to make peace and cooperation through dialogue."

At the groundbreaking ceremony, Moon also said the two Koreas should not give up on dialogue to fundamentally overcome concerns stemming from the North's missile launches such as the latest one.

Wednesday's firing came less than a week after North Korea wrapped up a key party meeting during which Pyongyang vowed to continue bolstering its military capabilities with "the international situation getting instable day after day."

The North has remained unresponsive to calls for dialogue after its 2019 Hanoi summit with the United States collapsed without a deal, demanding Washington first retract what it calls "double standards" and "hostile policy" against its regime. 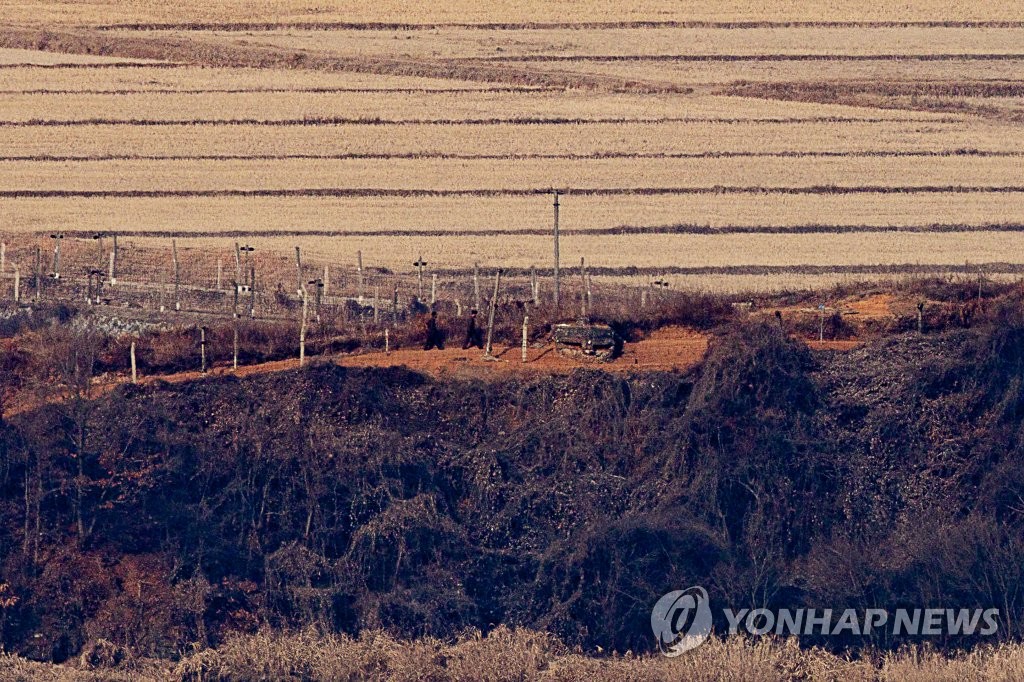