Democratic Party Rep. Choi Jong-yoon unveiled the idea on Facebook on Tuesday, saying Lee is looking into it as a campaign pledge to deal with the reality that "one in five" South Koreans suffer from hair loss but resort to buying treatment drugs from overseas or alternative drugs meant for the prostate due to the high cost of receiving proper medication here.

Social media users reacted warmly to the news, prompting Lee to create a video clip promoting himself as the best candidate for "your hair."

When asked to address the issue during his visit to the southwestern city of Gwangju on Wednesday, Lee said he wants to "approach it seriously."

"From the perspective of the body's completeness, I believe that hair loss should be covered by national health insurance," he said. "My policy team is looking into the details, such as the extent of financial burden and where to set the limit." 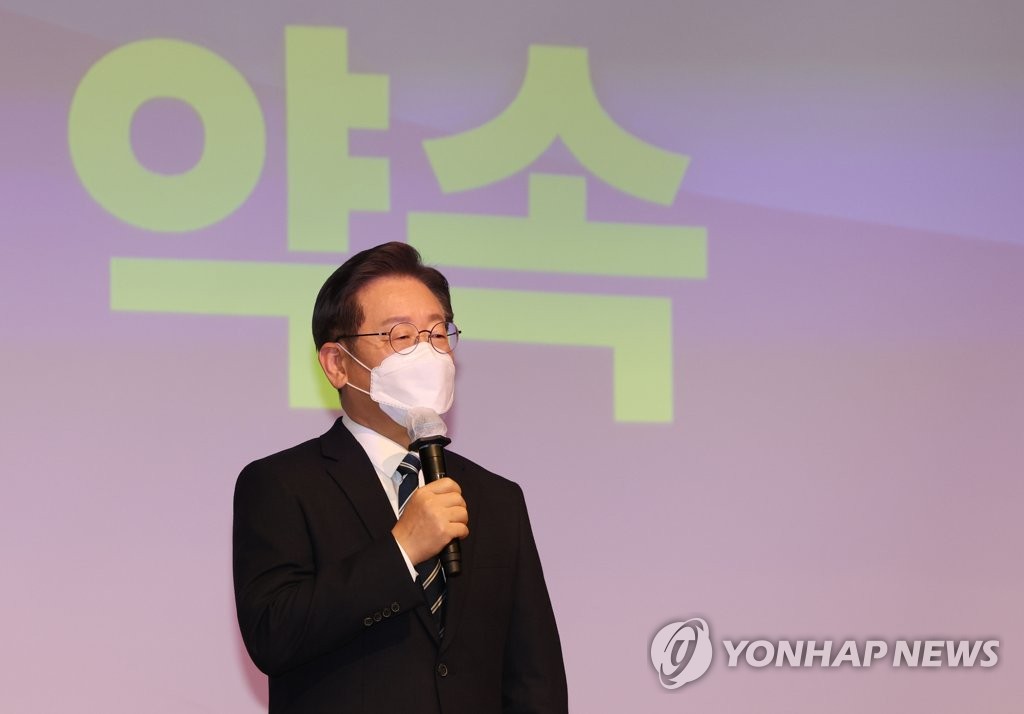 Lee gets boost from proposal on hair loss treatment

Lee gets boost from proposal on hair loss treatment