But the 23-year-old looked and sounded ebullient Wednesday as she discussed her preparations for her second Olympics coming up in 30 days.

"Short track is an unpredictable sport, and anyone can have a shot at winning gold medals," Choi told reporters at the Jincheon National Training Center in Jincheon, 90 kilometers south of Seoul. "I am ready to capitalize on my chance when I get it." 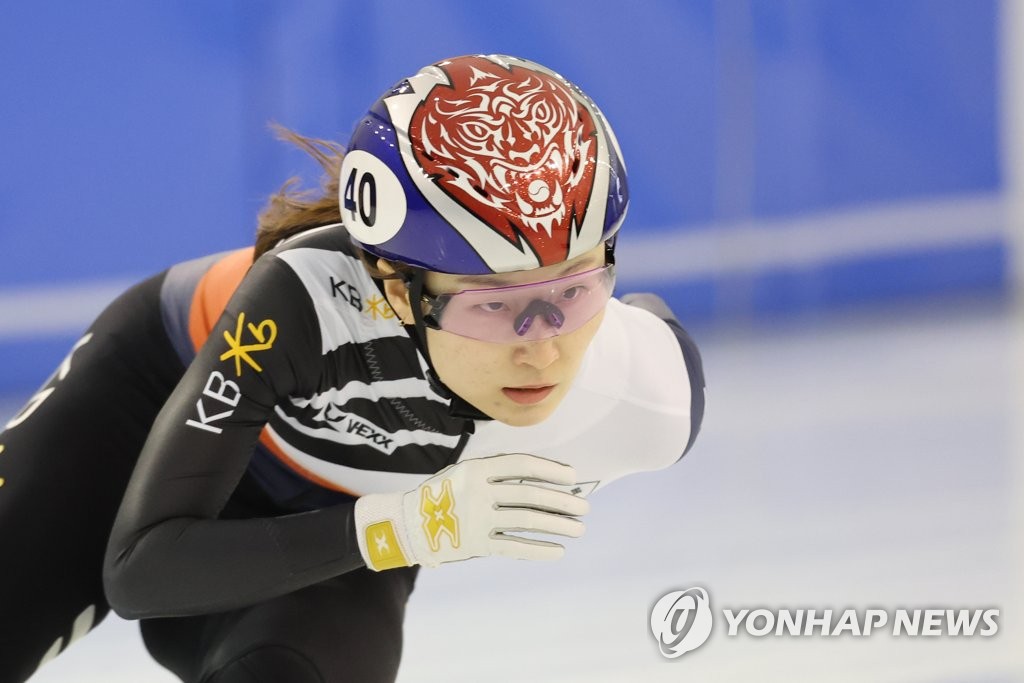 Choi had a forgettable run through the International Skating Union (ISU) World Cup season last fall. She suffered knee and ankle injuries in separate collisions during the opening World Cup race in Beijing in October and missed the next competition in Nagoya, Japan. She bounced back to win a silver in the 1,000m in the third World Cup in November and then won her first and only gold of the season, also in the 1,000m, in the final World Cup later in November.

With Choi being sidelined, Suzanne Schulting of the Netherlands emerged as the force to be reckoned with. She swept up nine gold medals at four World Cups, including four in the third leg in November.

The Korean Sport & Olympic Committee (KSOC) has said the goal for South Korea is to win one or two gold medals in Beijing. This is admittedly a modest target for a country that, in any other year, would have been a good bet to win two or three gold medals in short track alone.

Choi, for her part, shrugged off the official target. 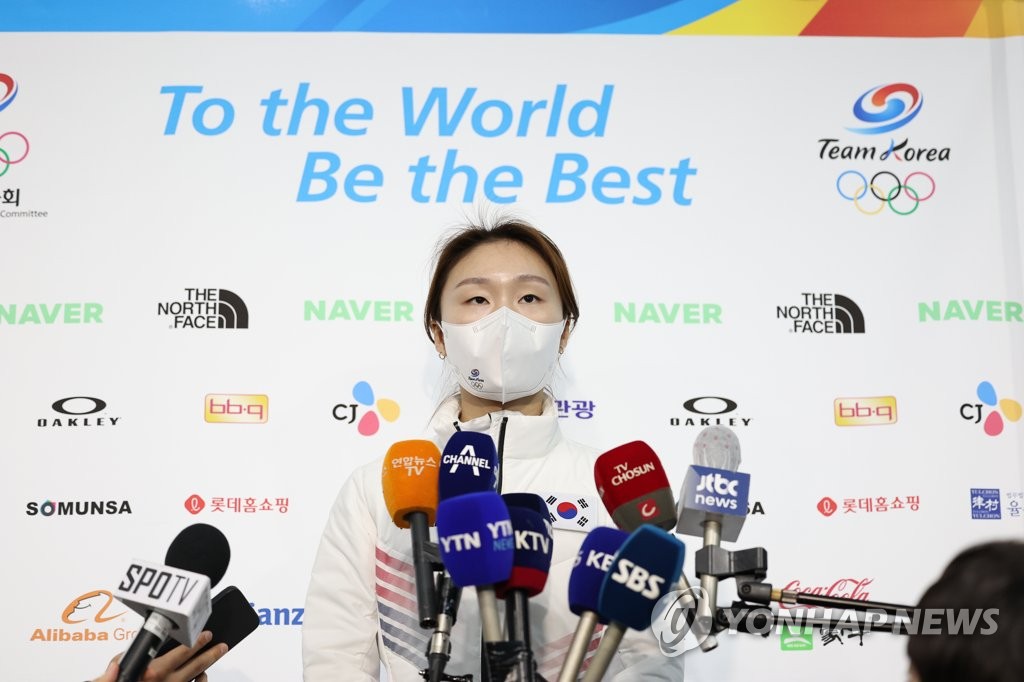 "I think people at the KSOC set the bar low because they know how difficult our buildup has been," Choi said. "But if we exceed those expectations, then it will feel that much sweeter."

Choi has also had to deal with some off-ice issues. Her longtime teammate Shim Suk-hee was embroiled in race-fixing allegations, stemming from her collision with Choi during the women's 1,000m final at the 2018 PyeongChang Winter Olympics. In expletive-laden text exchanges with a coach, Shim appeared to suggest she was going to try to push off or trip up Choi on purpose out of spite.

Though Shim was let off the hook on those charges, the bridge between Shim and Choi may have been burned beyond repair. Choi once publicly called on Shim to stop calling her and texting her in a belated attempt to apologize.

Choi said Wednesday her focus is solely on Beijing. 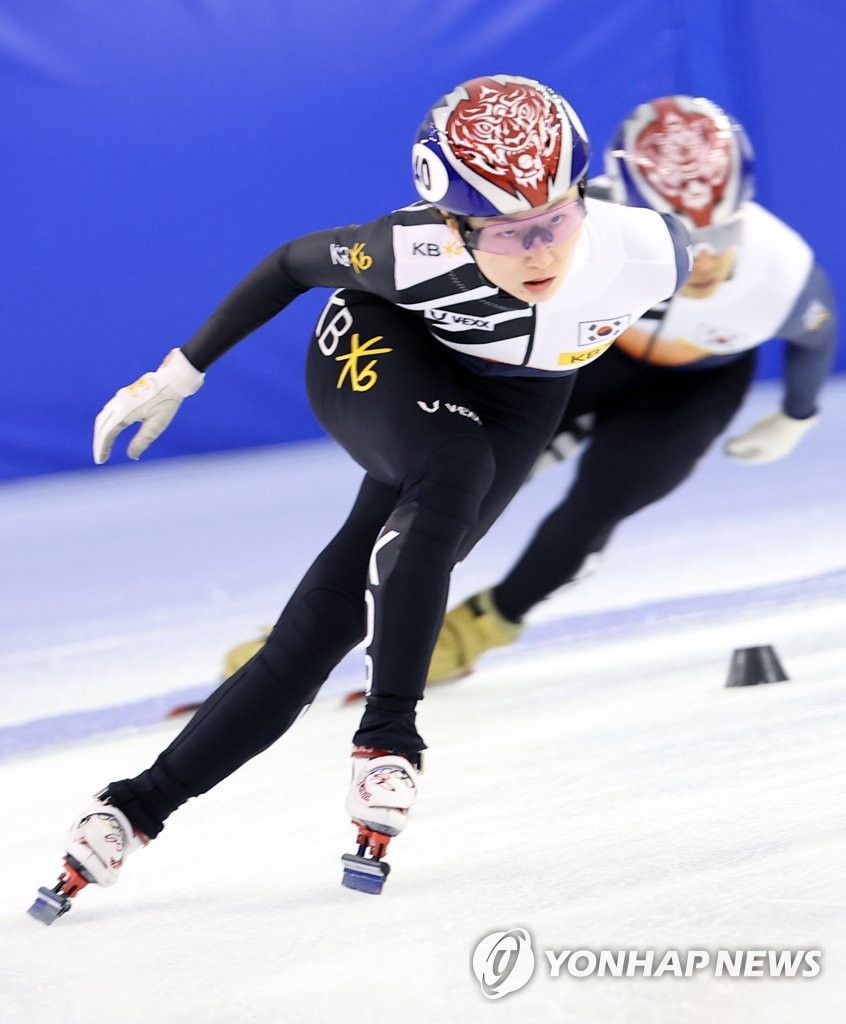 "I haven't competed as much as I would have liked this season, but I have taken care of injuries and have been putting in a lot of work in practices," Choi said. "I am confident I can peak in time for the Olympics."

She suffered her leg injuries on the very rink that will host Olympic races, Capital Indoor Stadium. That season-opening World Cup saw plenty of other skaters fall and crash into the wall, with the questionable ice conditions being blamed for problems.

Despite her own incidents there, Choi said she does like the surface at the arena.

"I know people are worried about how our short track team has been underperforming lately," Choi said. "But we want to prove that Korea is synonymous with short track speed skating." 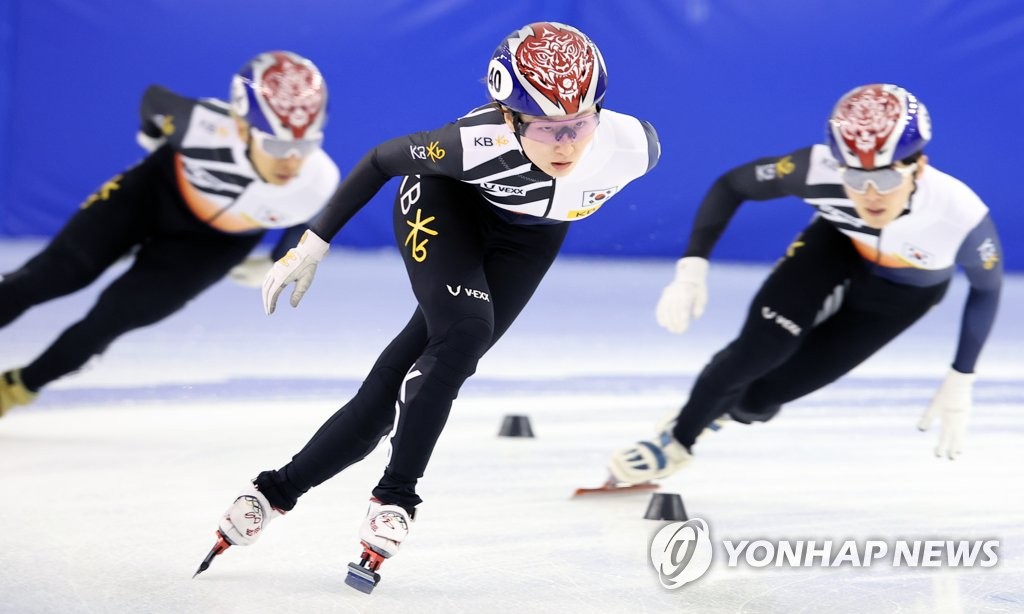