SEOUL, Jan. 6 (Yonhap) -- South Korea is ready to take measures to stabilize the foreign exchange market, if needed, a senior government official said Thursday, as the Korean currency has sharply weakened against the U.S. dollar in recent weeks.

First Vice Finance Minister Lee Eog-weon said the government plans to closely monitor the forex market amid the prospects for the won's further descent as the U.S. Federal Reserve would raise its policy rate at a faster-than-expected pace.

"The government plans to step up efforts to stabilize the market if a herd behavior occurs and market volatility increases," Lee told a press briefing. 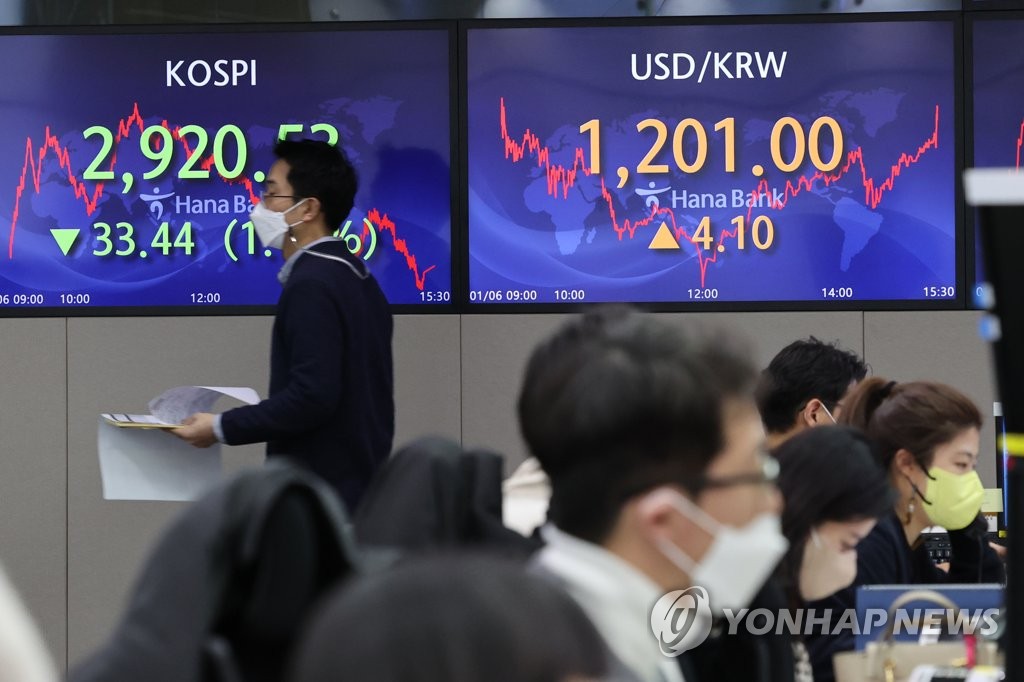 The Korean currency closed at 1,201 won per dollar, down 4.1 won from the previous session.

The local currency touched the 1,200 won level versus the dollar during an intraday trading, marking the first time in about two months. The won declined 8.6 percent against the dollar last year.

The won's weakness came as minutes for the Fed's rate-setting meeting in December signaled Wednesday that the U.S. central bank may hike the policy rate at an earlier and faster-than-expected pace amid a strong economic recovery and high inflation.

"The dollar has strengthened against the won and major currencies amid growing expectations that the Fed may hike the key interest rate," Lee said.

A weaker won puts upward pressure on inflation as it boosts the cost of imports. The won's fall, meanwhile, puts Korean exports at an advantage in price competitiveness.

The Bank of Korea put its 2022 inflation outlook at 2 percent for this year The finance ministry expected the consumer prices to grow 2.2 percent in 2022.