According a Rnsearch poll of 1,003 adults Tuesday and Wednesday, 43.5 percent chose Ahn as the most suitable as a unified presidential candidate from the opposition bloc while 32.7 percent selected Yoon.

Ahn was also ahead of Yoon when it comes to competence of the unified presidential candidate, earning 43.3 percent against Yoon's 35.8 percent.

In a race without the unification of opposition candidates, the ruling Democratic Party's Lee Jae-myung led with 38.5 percent, followd by Yoon with 34.2 percent. Ahn came in third with 12.2 percent.

The survey came amid turmoil in the PPP, which is still dealing with a campaign shake up and a power struggle between Yoon and PPP chief Lee Jun-seok.

Asked who is responsible for the PPP's internal conflict, 52.6 percent picked Yoon, followed by Lee with 25.5 percent and former campaign leader Kim Chong-in with 5.1 percent. 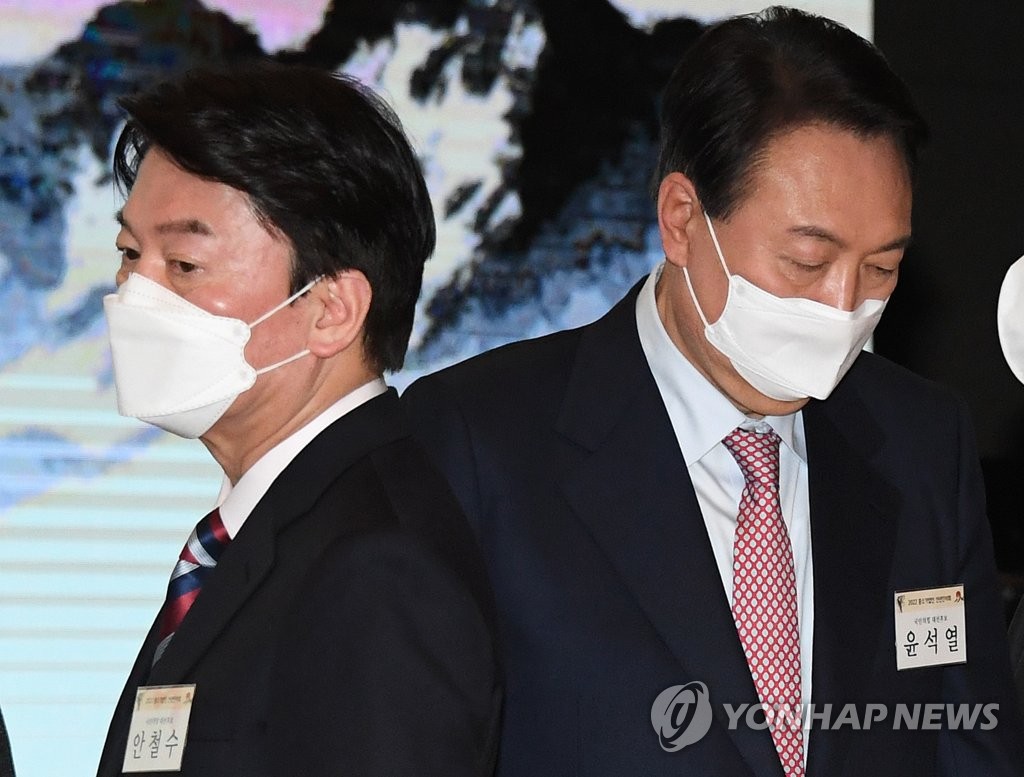 Ahn ahead of Yoon in survey on unified opposition candidate

Ahn ahead of Yoon in survey on unified opposition candidate