SEOUL, Jan. 7 (Yonhap) -- North Korea has told China that it fully supports the upcoming Beijing Olympics though it cannot participate in the event, criticizing the U.S. diplomatic boycott of the Winter Games, state media reported Friday.

"We could not take part in the Olympics due to the hostile forces' moves and the worldwide pandemic, but we would fully support the Chinese comrades in all their work to hold splendid and wonderful Olympic festival," the KCNA reported the letter as reading.

It was conveyed by the North's ambassador to China to a "leading official" of the country's sports authorities on Wednesday, when Pyongyang test-fired what it claims to be a hypersonic missile into the East Sea.

The International Olympic Committee earlier decided to suspend the North from the Beijing Olympics set for next month as a punishment for refusing to participate in last year's Tokyo Games over COVID-19 concerns.

North Korea also slammed the U.S. for "getting evermore undisguised in their moves against China aimed at preventing the successful opening of the Olympics," apparently referring to Washington's decision not to send a government delegation to the games over China's controversial human rights record.

"The DPRK Olympic Committee and the DPRK Ministry of Physical Culture and Sports resolutely reject those moves, branding them as an insult to the spirit of the international Olympic Charter and as a base act of attempting to disgrace the international image of China," it added. DPRK stands for the North's official name, the Democratic People's Republic of Korea.

South Korea had hoped to use the sporting event as a venue to reengage with North Korea and improve chilled inter-Korean relations.

But Seoul's top diplomat, Chung Eui-yong, said last month such chances seem to be "getting slimmer."

The Ministry of Unification, which handles inter-Korean affairs, was cautious about Pyongyang's intention, saying it will not jump to conclusions.

"Our government's stance remains unchanged in that we hope the Beijing Olympics will serve as an event contributing to peace and prosperity of the Northeast Asia region and the world," the ministry's deputy spokesman Cha Duk-chul told a regular press briefing. "We will continue monitoring related moves." 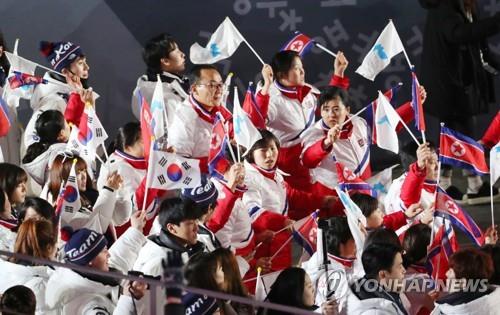