SEOUL, Jan. 7 (Yonhap) -- Main opposition presidential candidate Yoon Suk-yeol is likely to meet with a former rival in his party's primary race, officials said Friday, as he tries to regain public support after defusing internal strife with the party's chief.

Yoon of the People Power Party (PPP) requested a meeting with Rep. Hong Joon-pyo, the runner-up in the party's primary, and the two are expected to meet behind closed doors next week, sources said.

Hong is considered more popular among younger voters than Yoon.

"If the meeting is arranged, it would take place privately with the two having frank dialogue," an official close to Hong said. 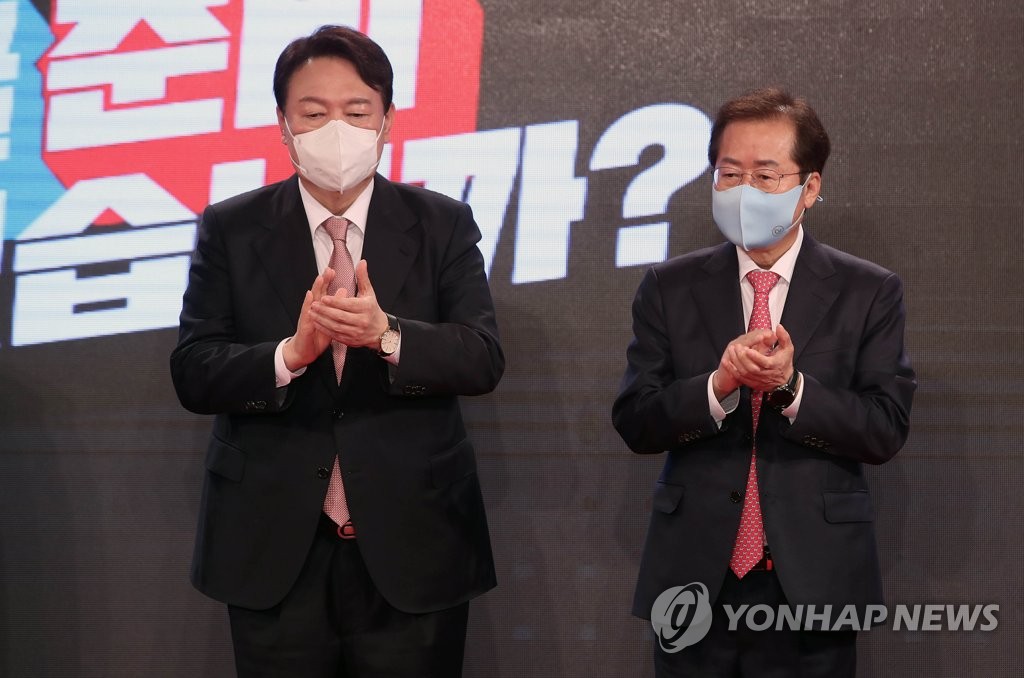 The move comes after Yoon made a dramatic reconciliation with PPP chief Lee Jun-seok on Thursday.

Yoon and Lee had been at odds over campaign issues and their feud was seen as one of the main reasons for Yoon's declining support, just about two months ahead of the March 9 presidential election

But the two vowed to put their differences behind and move forward.

Hong kept a low profile since his primary defeat to Yoon. But the veteran lawmaker reportedly played a part in the surprise reconciliation between Yoon and Lee, persuading both sides to calm down and find ways to work for the election win.

A PPP spokesman said Yoon is even scheduling a meeting with Kim Chong-in, former leader of Yoon's campaign who earlier parted ways with the PPP candidate.

Yoon on Wednesday announced the dissolution of his campaign committee, including the departure of election czar Kim, and set up a new "slimmer and practical" campaign body.