SEOUL, Jan. 7 (Yonhap) -- The ruling and main opposition presidential candidates shared an understanding Friday that they should have more TV debates than the minimum three rounds required under law before the March 9 election.

Under the election law, televised presidential debates organized by the National Election Commission should be held three times or more during the candidates' official campaign period, which starts from Feb. 15. But it is possible that the debates can be additionally held under the candidates' agreement.

Even though Lee and Yoon agreed to hold debates, experts said the two sides are likely to have a tug-of-war over selection of debate agenda and format.

Yoon said not only policies but anything a candidate had done in the past as a public figure can be discussed, apparently targeting a corruption-ridden development scandal involving former aides to Lee.

Lee earlier said he has no reason to refuse a debate over the development scandal, though holding a debate focusing only on the scandal appears to go against common sense. 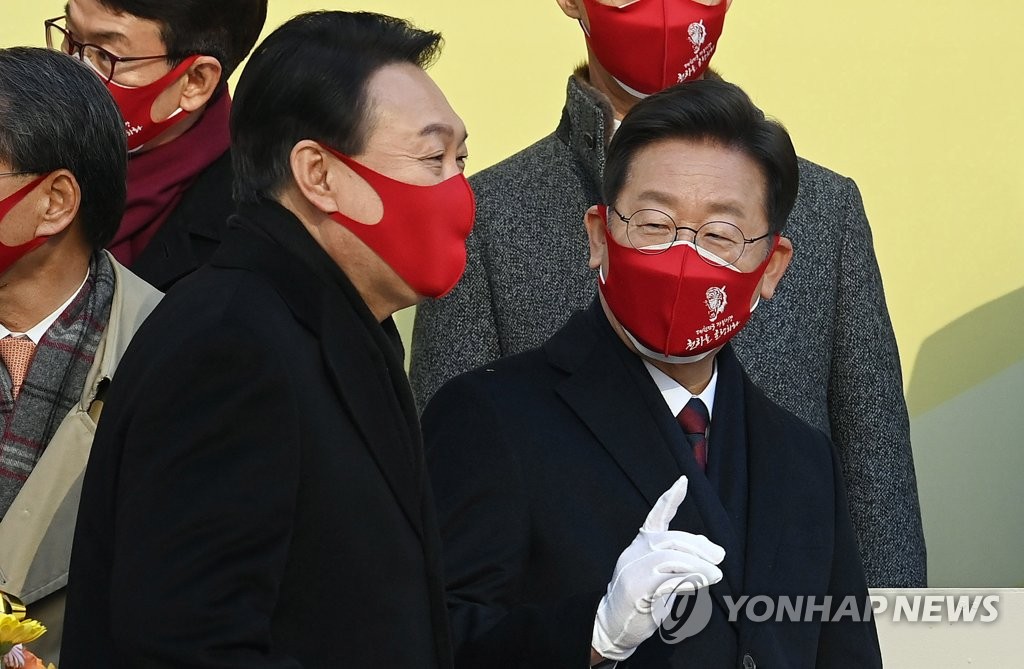