SEOUL, Jan. 10 (Yonhap) -- In his first semester as a 16-year-old, underage freshman at the University of Southern California (USC) in the fall of 2006, Robert Stock, a two-way baseball phenom, took a class on Korean history.

Few would have predicted Stock would call Korea his baseball home for 2022, as a starting pitcher for the Doosan Bears in the Korea Baseball Organization (KBO). 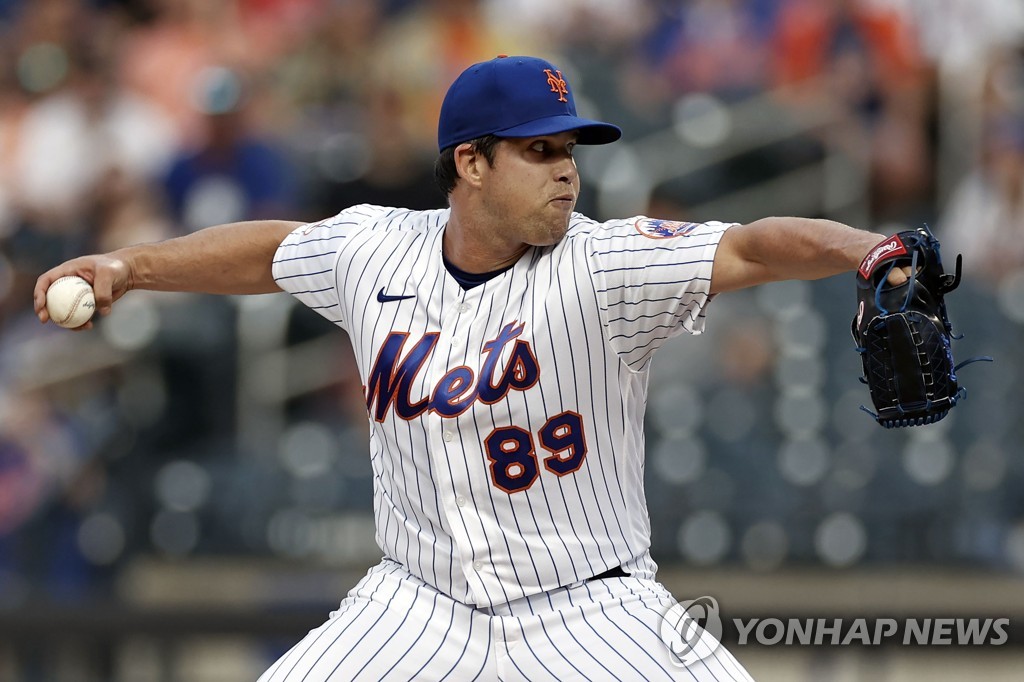 Considering Stock's history as a highly-touted teenage star -- Baseball America, the well-respected publication with a strong focus on young prospects, rated Stock as the best player in the United States at ages 13, 14 and 15 -- the safer bet would have been on Stock playing in Major League Baseball (MLB) at this point in his career, with several seasons already under his belt.

Not all young prospects pan out the way observers predict, and development isn't always linear. Baseball can be humbling, too, but that hasn't stopped Stock from sticking with his relentless pursuit of betterment.

"My strength as a pitcher is my ability to improve," Stock told Yonhap News Agency in an email interview Friday, two days after the Bears announced their one-year, US$700,000 contract with the pitcher.

"It took me quite a while to reach the major leagues, and from there, it took me a couple years to become a starting pitcher," Stock added. "But even if the process of improvement is slower than I would prefer, it's continuing." 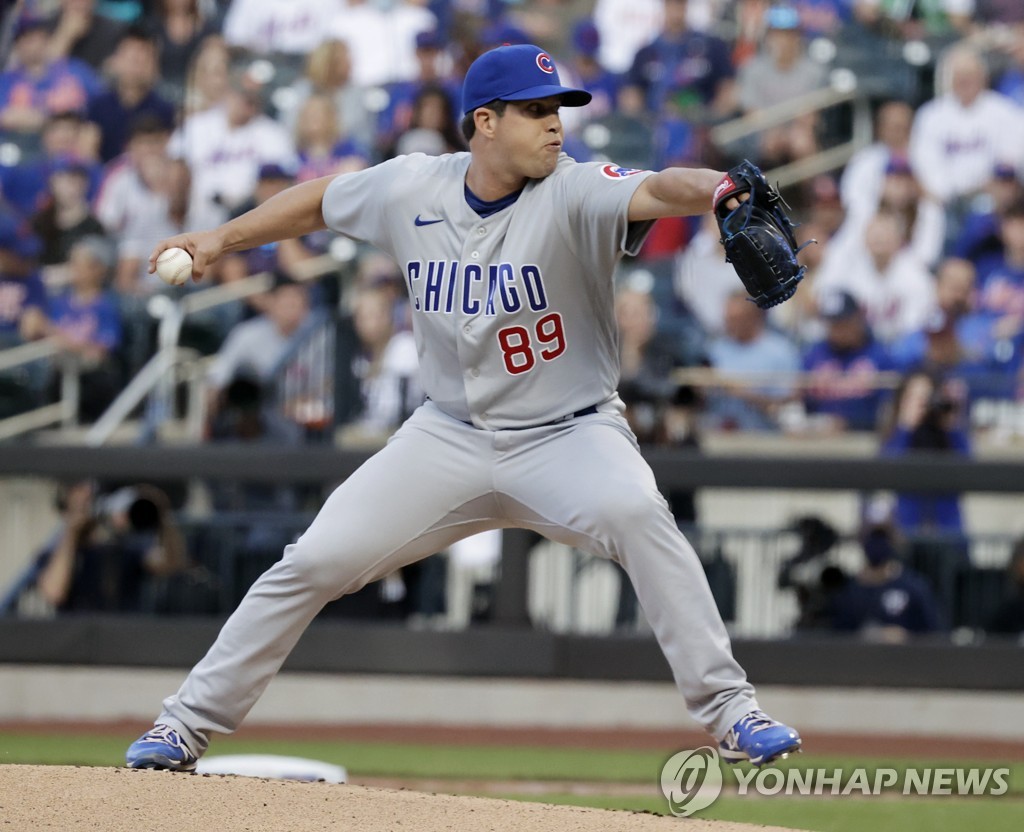 "Quite a while" barely describes Stock's long and winding journey to the Big Show -- the one that included getting released by multiple clubs, a stint in independent ball, and a viral video showing him throw a fastball at 101.3 miles per hour (mph).

Stock's big league debut came in 2018 with the San Diego Padres, nine years after the St. Louis Cardinals drafted him in the second round out of USC.

Stock had been one of the premier high school players in America, both a hard-throwing pitcher and a slugging catcher. If Stock had decided to enter the draft in 2007, the wunderkind could well have been a first-round pick.

Instead, the righty who touched 95 mph on the mound and hit towering home runs batting left-handed with wood bats at the plate enrolled at USC at just 16. Stock joined the school's Resident Honors Program, which accepts high school students with "social and emotional maturity" to be college freshmen a year early. Stock, an honor student at Agoura High School in California, is believed to be the first athlete to have that distinction in USC history.

But while pulling off double duties as a catcher and a pitcher, Stock didn't exactly set the college baseball world on fire. The Cardinals then drafted Stock as a catcher in 2009, and it wasn't until three years later that Stock became a full-time pitcher. 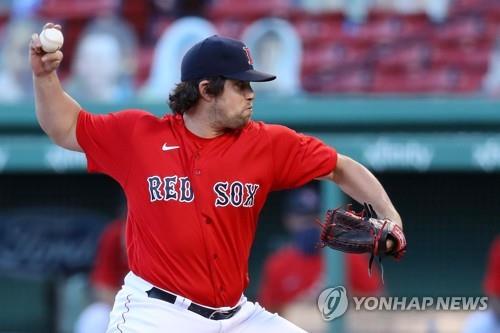 Given Stock's ability to reach triple digits with his heaters, perhaps his career would have played out differently had he made the transition to the mound earlier in his minor league days. But it's not something Stock is dwelling on.

"I don't have regrets about becoming a pitcher later in my career, because I think the same hard work and dedication that I've applied to pitching would have also applied to hitting," he said. "I think I would have figured it out as a catcher, too!"

He stayed in the bullpen over his next two major league seasons, but in 2021, he made his first big league starts -- one with the Chicago Cubs and two with the New York Mets.

Out of Stock's 230 minor league appearances, only 13 came in starts. But the Bears still signed Stock to make him a starter, and they are counting on his ability to eat up innings without compromising his strikeout ability.

Having evolved from a struggling catcher to a flamethrowing reliever to a fringe starter in the majors, Stock jumped at an opportunity to become an ace-type starter in the KBO. He said one of the reasons he has decided to take his talent to South Korea was the Bears' commitment to him as a key rotation piece.

"The concerns about my ability to go deep into games are valid. But that's exactly why I've spent so much time working to make sure (problems) don't happen," he said. "The opportunity the Doosan Bears are giving me to prove that I can be a starting pitcher for an entire season is what makes me so excited to pitch in the KBO." 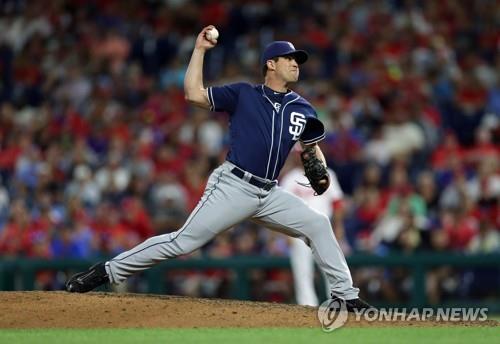 Stock admitted he didn't know much about the KBO until 2020, when he had his "first glimpses of the league" through highlights. The start of the MLB season was pushed to July due to the coronavirus pandemic, while the KBO season began in May and games were being broadcast live on ESPN in the U.S.

And after signing his deal with the Bears, Stock spoke with Josh Lindblom, a former Bears ace who won the 2019 KBO regular season MVP award, to pick his brains about living and playing in South Korea.

"I can't express how excited I am to come learn about a new culture," Stock said. "I also know that the Doosan Bears have a history of being an extremely competitive team, and I relish the chance to play for such a well-regarded organization. Winning a championship is what every athlete in sports dreams of, and that's a big reason why I wanted to sign with the Bears."

For all his commitment to continuous improvement on the mound, Stock is a man of many interests outside baseball, one of which may just help his transition to South Korea smoother.

In his Twitter profile, Stock refers to himself as an "amateur film critic" and "fanatical book reader," among others. He is also an avid gamer and a particular fan of "League of Legends."

A teammate first showed Stock the online battle game in 2013, but he wasn't hooked then. Two years later, another teammate insisted Stock play the game with him, and he finally took a liking to it.

Once he is in Korea, Stock, pandemic permitting, hopes to attend the League of Legends Champions Korea (LCK), the top local competition for the game.

"I have a lot of respect for the hard work and dedication the professional players (have)," Stock said.

And he wants to bring that same mindset to his own craft.

"I see my career in the big leagues as just beginning. I want to play baseball for a very, very long time," he said. "What I've learned about myself is that success comes easier for some people compared to others, but hard work can make up for the difference. And so hopefully, the work I do in the gym and on the mound will continue to make improvements in my skill as a baseball player."

Stock said his goals are "to be efficient and throw as many innings as possible to help the team." And after averaging 96.2 mph with his fastball in the majors last year, Stock is ready to bring some heat to the KBO.

"I think fans will enjoy seeing my fastball," Stock wrote. Then with a smiley face emoticon at the end, he added, "It's pretty fast."