SEOUL, Jan. 10 (Yonhap) -- The issue of gender has resurfaced to heat up the presidential race in South Korea after the main opposition candidate called for the abolishment of the country's ministry in charge of women's affairs in an apparent attempt to woo male voters in their 20s.

Yoon Suk-yeol of the People Power Party (PPP) rekindled the sensitive issue of gender conflict after he posted a simple message on his Facebook page Friday that read, "the abolishment of the Ministry of Gender Equality and Family."

The pledge is a change from his previous idea of seeking to reorganize the ministry by changing its name and adjusting its operations. Though its English name includes "gender equality," the ministry's Korean title reads "the Ministry of Women and Family."

"I will push for the creation of a new ministry that can deal with issues like children, families and population decline, not dividing men and women," Yoon said in his follow-up Facebook post. 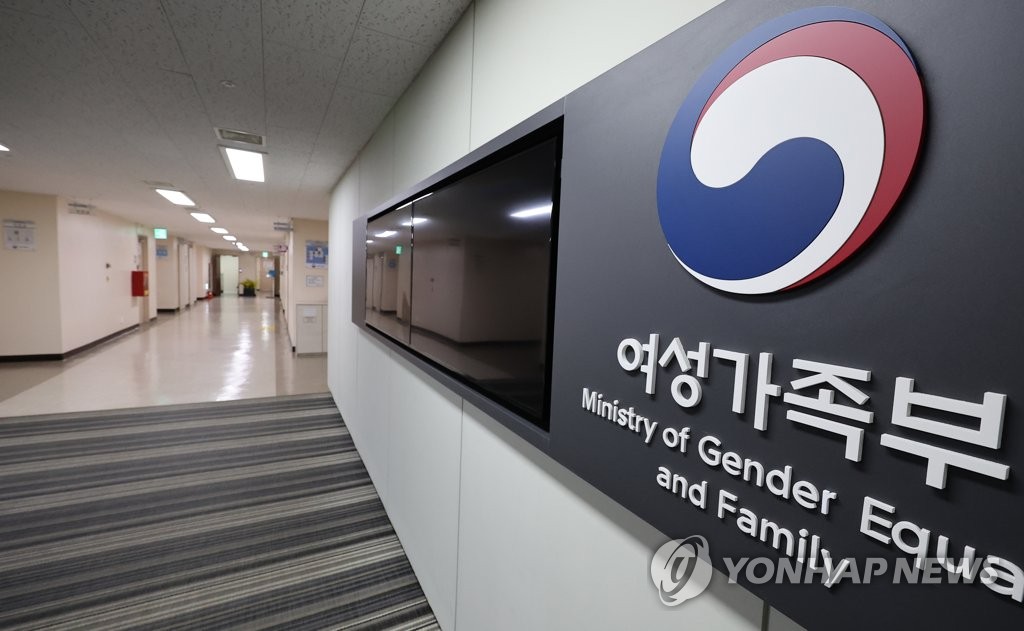 The pledge generated fierce outcry from the liberal side, especially from female rights advocates.

Just hours after Yoon's post, Sim Sang-jeung, the presidential candidate of the progressive Justice Party, put up a slogan, reading "reinforcement of the gender equality ministry," on her Facebook account.

The issue became even bigger after Prime Minister Kim Boo-kyum defended the ministry by saying it has made some significant contributions to gender equality in the country.

"The ministry has clearly left a mark in history, but maybe people in their 20s don't know much about it," Kim said in a KBS interview. "Instead of the abolishment, I wish there would be discussion over its expansion or reorganization."

Yoon's aggressive campaign promise is seen as a move to woo young male voters, especially 20-something men who are fed up with feminism, as their support for him dwindled.

According to a Realmeter survey released Monday, Yoon had 34.1 percent support, 5.1 percentage points down from a week ago, and trailed behind Lee, the presidential nominee of the DP, with 40.1 percent whose support only edged down 0.8 percentage point in the same period.

A Gallup Korea poll conducted Tuesday and Thursday showed more alarming results for Yoon as he only has 10 percent support from people aged 18-29, which was far behind Lee with 24 percent and Ahn Cheol-soo of the People's Party with 23 percent. 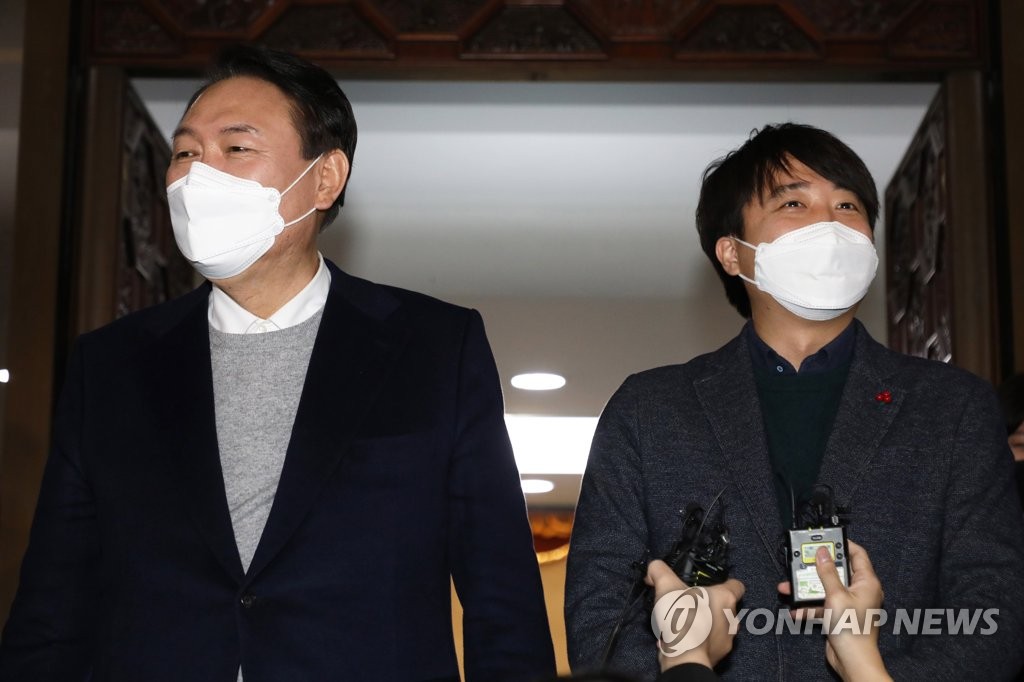 Yoon's pledge also came after he made a dramatic reconciliation last week with PPP leader Lee Jun-seok following a feud over campaign issues blamed in part for the sharp fall in Yoon's support among voters.

Lee, 36, has been vocal against pro-feminism policies and discrimination against young men, who are a strong support base for him. He previously opposed recruiting some female figures, including 31-year-old feminist politician Shin Ji-ye, to Yoon's campaign, saying they are not liked by men in their 20s and 30s.

Not surprisingly, the PPP leader has been supporting the abolition of the gender ministry. He earlier said the ministry has outlived its lifespan as a special missions ministry and had no role from the outset.

Some observers, however, have expressed a concern the pledge could actually backfire.

"If you want to talk about something, you need to calculate the gains and losses, and check if there is more benefit," said Kim Chong-in, former chief of Yoon's campaign. "If you decide after only listening to one side's story, you cannot hear the voices from the opposite side." 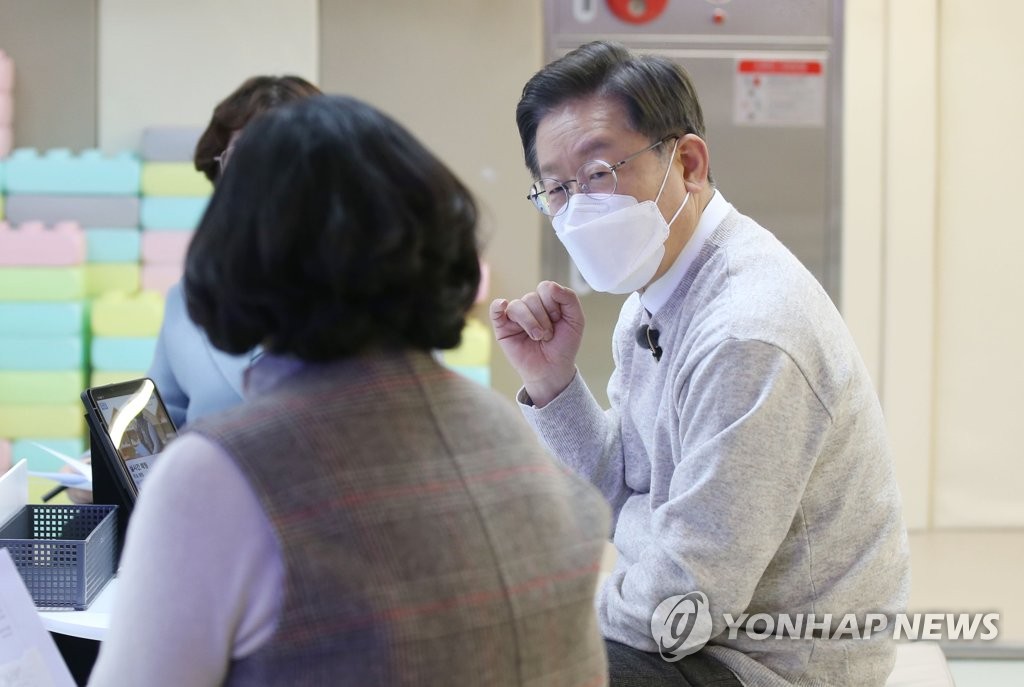 The DP has been approaching the issue carefully since opposing Yoon's idea could anger young male voters. Its presidential candidate Lee Jae-myung previously likened the gender issue to "cooking a blowfish."

Lee broke his silence on the issue only two days after Yoon put forward the pledge.

"Conflict between young women and young men in the young generation is a problem that is beyond the gender conflict," he said. "Equality is an important value in any field. We need national efforts so that no one feels victimized."

While the PPP and the DP are trying to sort out their election strategies for gender issues, the minor progressive Justice Party, which has been the most vocal on feminism issues, criticized both parties.

"Former Prosecutor General and PPP presidential candidate Yoon Suk-yeol has now developed into an 'avatar of Lee Jun-seok,'" said Rep. Jang Hye-yeong of the Justice Party. "What is a bigger problem is that the DP has also crossed the threshold of anti-feminism."