The Joint Chiefs of Staff (JCS) said the North fired the missile from its northern province of Jagang into the East Sea, and that it flew more than 700 kilometers at a maximum altitude of 60 km and at a maximum speed of Mach 10, 10 times the speed of sound.

The launch was detected at 7:27 a.m, the JCS said. It followed the test-firing of the North's self-proclaimed hypersonic missile, which the JCS said traveled less than 700 km at a top speed of Mach 6.

"We assess that it has improved compared with the ballistic missile launched on Jan. 5," the JCS said in a text message, calling the regime's continued launches of ballistic missiles a "clear" violation of U.N. Security Council resolutions.

The statement drew a sharp contrast from the JCS' earlier assessment that the North has yet to secure technologies for the high-tech weapon.

"(The launches) pose a significant threat to peace and security not only on the Korean Peninsula but also in the world, and are not helpful for the reduction of military tensions," it said.

The U.S. Indo-Pacific Command characterized the North's latest projectile as a "ballistic missile," which it said highlights the "destabilizing impact" of the North's illicit weapons program. 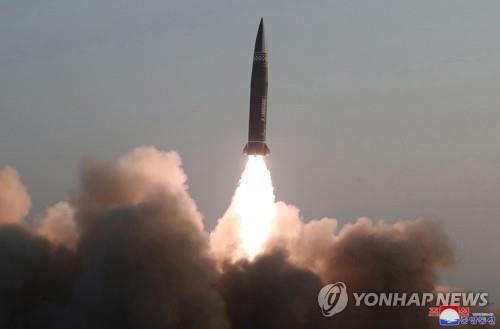 The Ministry of Unification reiterated improving inter-Korean relations to an "irrevocable level" is crucial to fundamentally resolving concerns stemming from such missile launches.

Pyongyang's latest saber-rattling came as the North unveiled its ambitious push to develop an array of new formidable weapons during the eighth congress of the ruling Workers' Party a year ago. 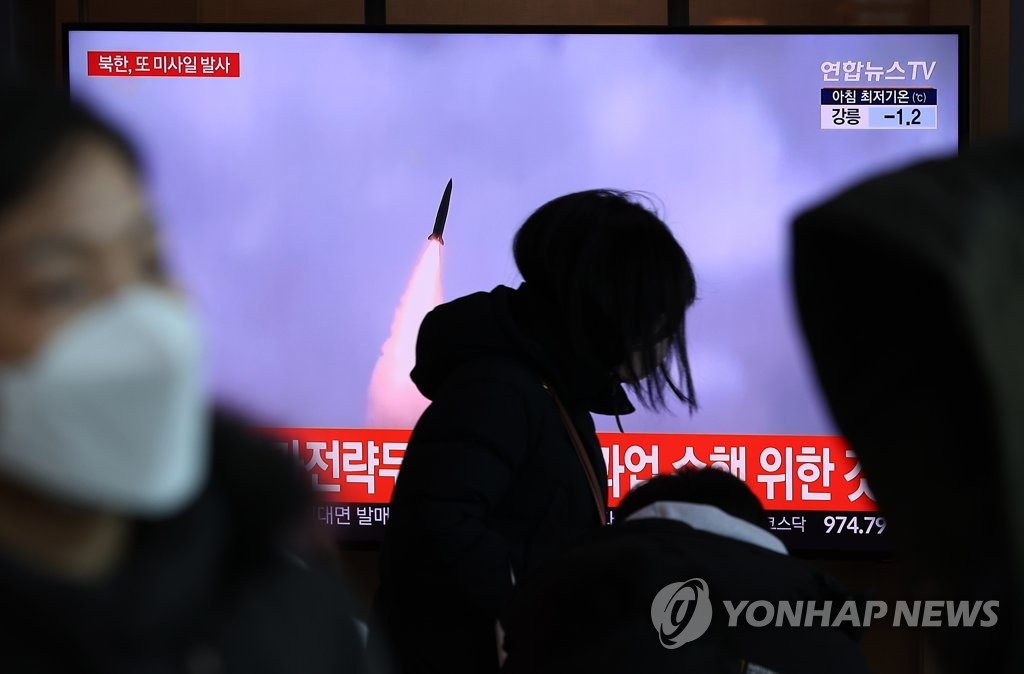