SEOUL, Jan. 11 (Yonhap) -- South Korea's daily coronavirus cases stayed below 4,000 for the fifth consecutive day Tuesday amid tightened antivirus restrictions, but concerns linger over a possible resurgence due to the continued spread of the omicron variant.

The country added 3,097 new COVID-19 infections, including 2,813 local infections, raising the total caseload to 670,483, according to the Korea Disease Control and Prevention Agency (KDCA).

The country reported 43 more COVID-19 deaths, raising the death toll to 6,114, according to the health authorities. The fatality rate came to 0.91 percent.

The number of critically ill COVID-19 patients stood at 780, staying below 1,000 for more than a week. 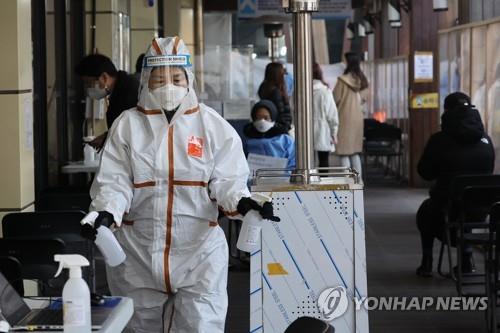 The government has imposed toughened antivirus restrictions since mid-December, as the number of daily infections had soared to nearly 8,000 following the implementation of the "living with COVID-19" scheme that called for eased social distancing rules.

The antivirus curbs, set to be in effect until Sunday, include a four-person cap on private gatherings across the nation and a 9 p.m. business hour curfew on cafes and restaurants.

As the daily caseload has fallen in recent weeks, the government is reviewing the option of relaxing social distancing rules again to resolve inconveniences to the people and to minimize the impact on small businesses.

On Wednesday, the government will hold a session to assess the danger level of the pandemic so as to make a decision on the possible revision of the current social distancing rules, as well as to devise measures on how to better respond to the omicron variant, officials said.

"We've seen some positive signs, but the situation of the omicron variant is quite critical," health ministry official Park Hyang told a regular briefing.

"We will have in-depth discussions with experts and review related circumstances in a comprehensive manner for any revisions (on the social distancing rules)," Park said, noting the government will announce related decisions around Friday.

Currently, some 12 percent of the total COVID-19 cases were found to have been caused by the omicron variant, and it is highly likely to become the dominant COVID-19 strain in the country as early as late this month, according to the health authorities.

To stem the inflow of the omicron variant from overseas, the health authorities are considering toughening rules on the proof of negative test results for incomers.

The number of imported cases hit an all-time high of 284 on Tuesday amid the fast spread of the variant in the world. The total imported cases so far came to 19,418, according to the KDCA.

Among the new cases from overseas, 161 were from the United States, followed by Canada with 16 and India with 15.

The official added the government plans to begin bringing in antiviral COVID-19 treatment pills this week, as it has secured oral drugs for around 1 million patients -- U.S. drug giant Pfizer Inc.'s Paxlovid pill for 762,000 patients and oral medications for 242,000 people made by MSD, a subsidiary of U.S. drugmaker Merck & Co.

The first batch of Paxlovid pills for about 20,000 patients is expected to arrive here around Thursday, sources said. 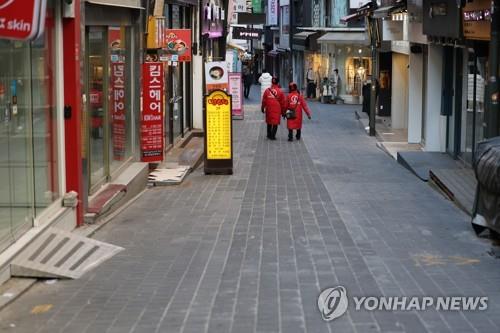 The government has also vowed to strictly keep in place other quarantine measures, such as a vaccine pass system, to protect unvaccinated people and to manage the country's medical system without a hitch.

This month, the government introduced a six-month validity period for the COVID-19 vaccine pass, which is required to enter restaurants and other major indoor multipurpose facilities.

Department stores, large discount store chains and shopping malls were also added to the list of the subjected facilities starting Monday, with a one-week grace period.

As of Tuesday, 43.14 million people, or 84.1 percent of the country's 52 million population, have been fully vaccinated, and 21.47 million, or 41.8 percent, have received booster shots, the health authorities said.

The health authorities are mulling giving a fourth shot to those with compromised immune systems, and President Moon Jae-in on Tuesday called for a swift decision on the issue. 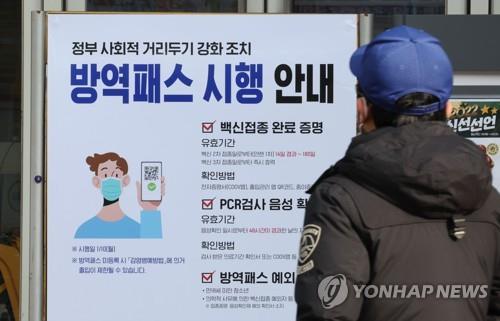