"This is a strategy that would turn crisis into opportunity," Lee said during a campaign event, explaining his "new economy" plan at the National Assembly in Seoul. "It is also a map to find a path to sustainable growth."

The Democratic Party (DP) candidate said his definition of the world's top five great powers refer to countries that have strong "hard power," which signifies a country's military and economic capabilities, and "soft power" that boasts high quality cultural influence.

He added that future-oriented innovations, openness guaranteeing human rights and diversity, and contributions to human society are requirements for the world's top five great powers.

He promised 10 strategic technologies, including artificial intelligence and aerospace, to be pursued as "presidential big projects" and create a deputy prime minister post for innovations in science technology.

For industry, Lee stressed digital transformation and the energy sector to be the country's new growth engine with green energy solutions.

"Ultimately, I will create 2 million jobs with 135 trillion-won (US$112 billion) investment for digital transformation," he said. "I will also establish the ministry of climate and energy to support the transition in the energy field."

He also vowed support to beef up the country's exports and upgrade manufacturing and service industries, as well as introducing policies for startups and small firms.

For education, Lee said he would increase support for college education and lifelong learning programs.

Lee called for balanced national development and said he would upgrade the country's transportation system with high-speed trains.

"The world is in competition regarding the pace of the transition and I believe we will see the result in five years at most," he said. "That is why we are now at the golden time for the major transition."

To support his transition plans, Lee said reforms in the public financial sector are also essential. 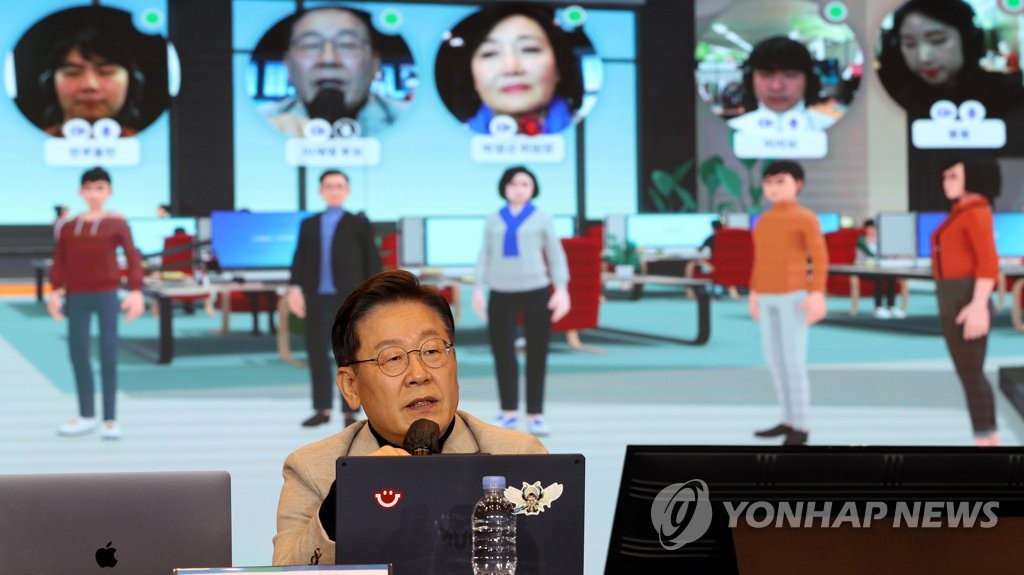 Later in the day, Lee pledged he will foster 1 million talents for digital transformation over the next five years, with the government covering expenses of their education.

Lee also vowed he will open a metaverse platform where people can freely communicate with the government in a virtual world.

During his campaign event, the former Gyeonggi Governor demonstrated the metaverse platform with his avatar and talked with game developers and coding learners about policies for the digital industry.