SEOUL, Jan. 11 (Yonhap) -- The presidential National Security Council expressed "strong regret" Tuesday after North Korea launched a second missile in less than a week and urged the communist nation to return to dialogue.

The council held an emergency meeting shortly after South Korea's military announced the North fired a suspected ballistic missile into the East Sea. 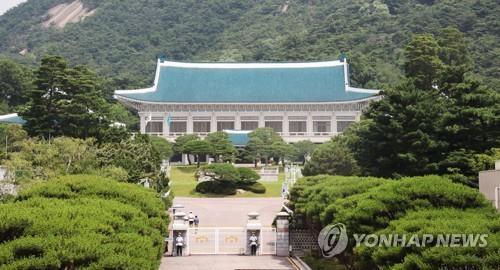 "The standing members of the NSC analyzed North Korea's intentions in test-firing consecutive missiles from the start of the year and expressed strong regret over the latest launch that took place at a time when a stable political situation is very critical," Cheong Wa Dae said in a statement.

The members also "urged North Korea to come forward for a resumption of dialogue and cooperation at an early date, in line with the international community's expectations for peace and stability on the Korean Peninsula," it said.

During the 50-minute meeting, the NSC members were briefed by Joint Chiefs of Staff Chairman Gen. Won In-choul. They agreed South Korea and the United States will work closely together to conduct a detailed analysis of the projectile and take necessary measures while monitoring the North's future actions.

Tuesday's missile is believed to have been launched from the North's northern province of Jagang, which borders China, an informed source said.

Last Wednesday, the North tested what it called a hypersonic missile from the same area.