SEOUL, Jan. 12 (Yonhap) -- Only less than two weeks have passed since the start of the New Year, but the K-pop scene is already busy with news of rookie girl groups getting global attention or preparing for their official debuts.

One of the hottest is Ive, the Starship Entertainment-managed group that made its debut on Dec. 1 with the single "Eleven."

The group is composed of six members, including Yujin and Wonyoung from IZ*ONE, the now-disbanded popular project group formed through the local cable TV channel Mnet's audition show "Produce 48." 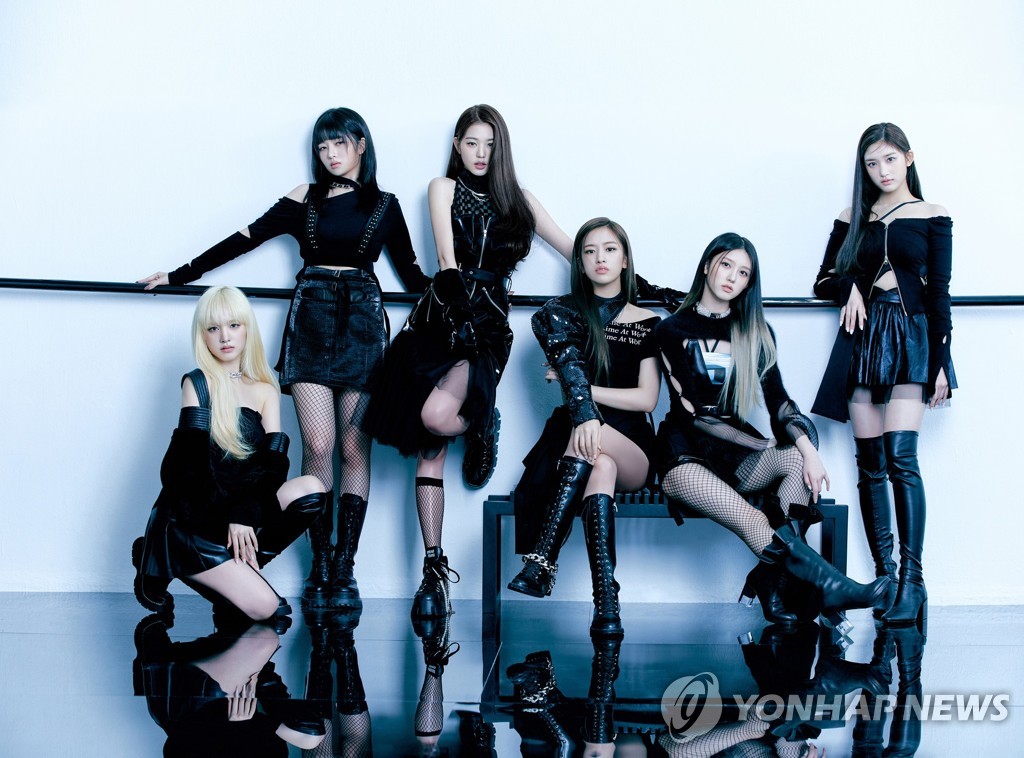 "Eleven" has since racked up wins on domestic weekly TV music shows and made it onto music charts across the world, including Billboard, Spotify and China's QQ Music.

After setting a record for the most first-week debut album sales by all K-pop girl groups, Ive's first single album of the same name had sold more than 260,000 copies as of the end of December, according to data from local music tracker Gaon.

Closely following the footsteps of Ive is Kep1er, a girl group composed of the nine finalists of Mnet's audition show "Girls Planet 999," which aired from August to October last year.

The multinational group with South Korea, Chinese and Japanese members made its debut on Jan. 3 with its first EP "First Impact" and broke the first-week debut album sales record set by Ive.

The album has sold more than 200,000 copies in the first week of its release with slightly more than 150,000 copies selling on the day of release, according to local album sales tracker Hanteo Chart.

The tune also topped iTunes charts of 11 countries around the world, including Japan, India, Vietnam, Malaysia, Chile, Mexico and Brazil. 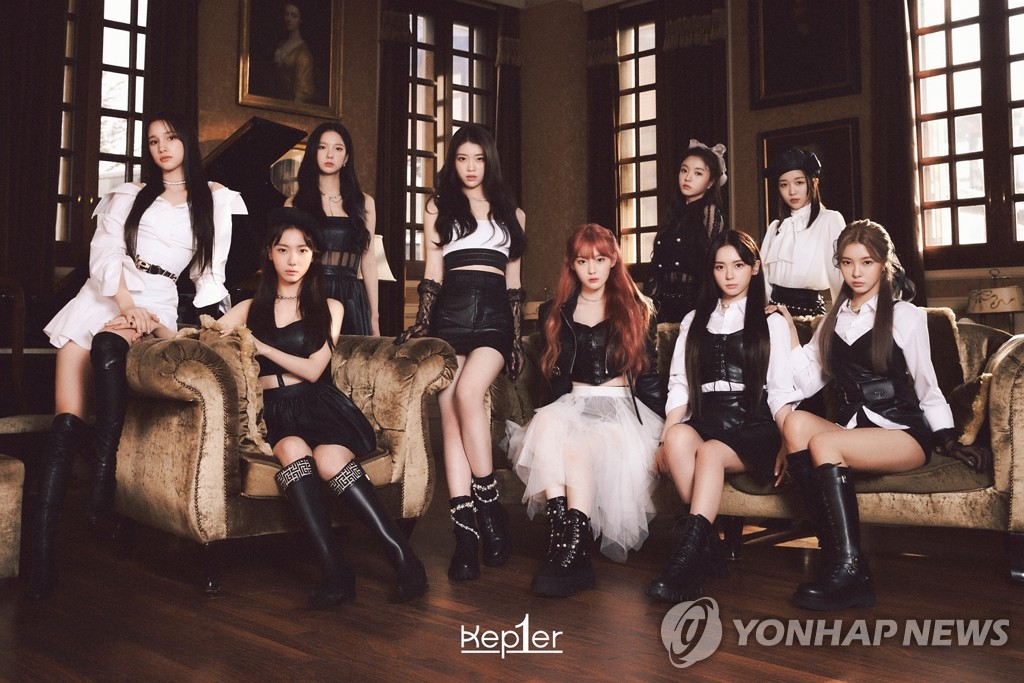 aespa instantly rose to stardom thanks to its unique concept involving a metaverse-based universe and the members experiencing the new world along with their avatars.

The quartet, in a little over a year, has taken the K-pop industry by storm with three successive hits -- singles "Black Mamba," "Next Level" and its first EP "Savage," and grabbed a grand prize and a best rookie award at domestic year-end music awards ceremonies.

STAYC was the only K-pop act chosen as part of five notable artists for 2022 by the global music platform Apple Music and music discovery app Shazam earlier this month.

The six-piece group established itself as a leading fourth generation idol group last year with its hit single "ASAP", followed by another popular release, "Stereotype." It shared the rookie award with aespa at the annual Golden Disc Awards held in Seoul last week. 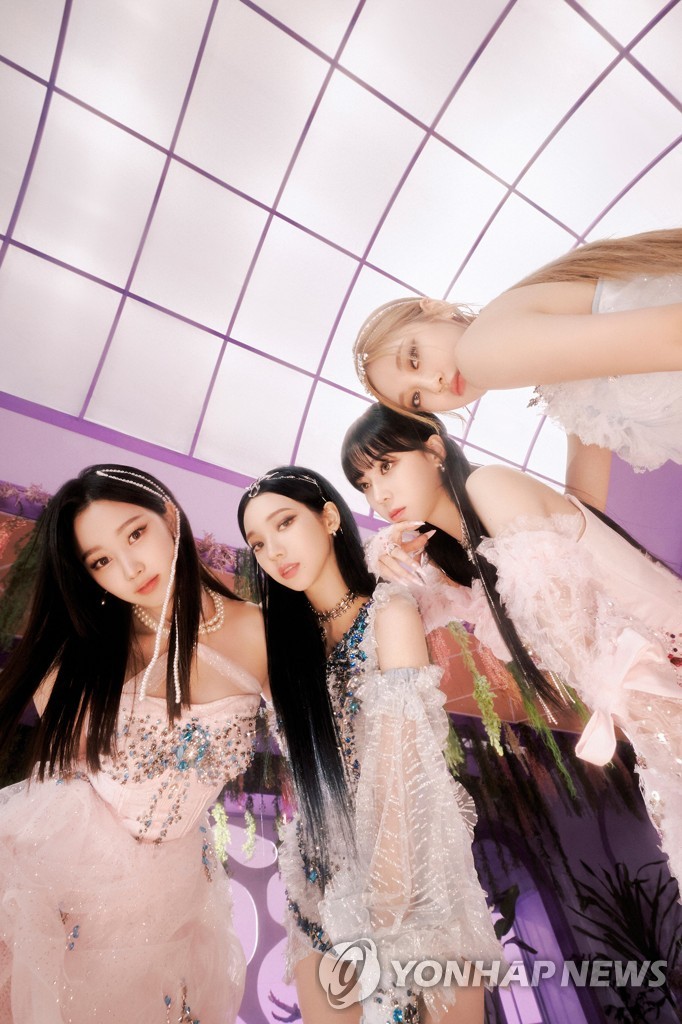 With SM taking the upper hand with aespa in the competition against big K-pop labels, other companies -- JYP, YG and Hybe -- are preparing to jump into the race with new faces.

JYP Entertainment, behind such popular girl groups as Wonder Girls, miss A, TWICE and ITZY, has said it aims to unveil a new group next month.

The seven-member group, whose name has yet to be known, has been enlarging its fandom, releasing videos of the members singing and dancing and throwing a surprise live concert on the street on its YouTube channel "JYPn."

ADOR, a new independent label under Hybe, is preparing to debut a new girl group within this year.

Hybe said last November the girl group will consist of members recruited during Hybe's 2019 "Plus Global Audition" program and be produced by Min Hee-jin, who was a creative director and board member at SM Entertainment before joining Hybe in 2019.

YG Entertainment also plans to unveil its first girl group since the debut of BLACKPINK in 2016. However, nothing is known about the group, including the timing of its debut and the number of members. There are rumors Baby Monster could be the name of the new group, as the name's trademark was recently registered by YG with the Korean Intellectual Property Office. 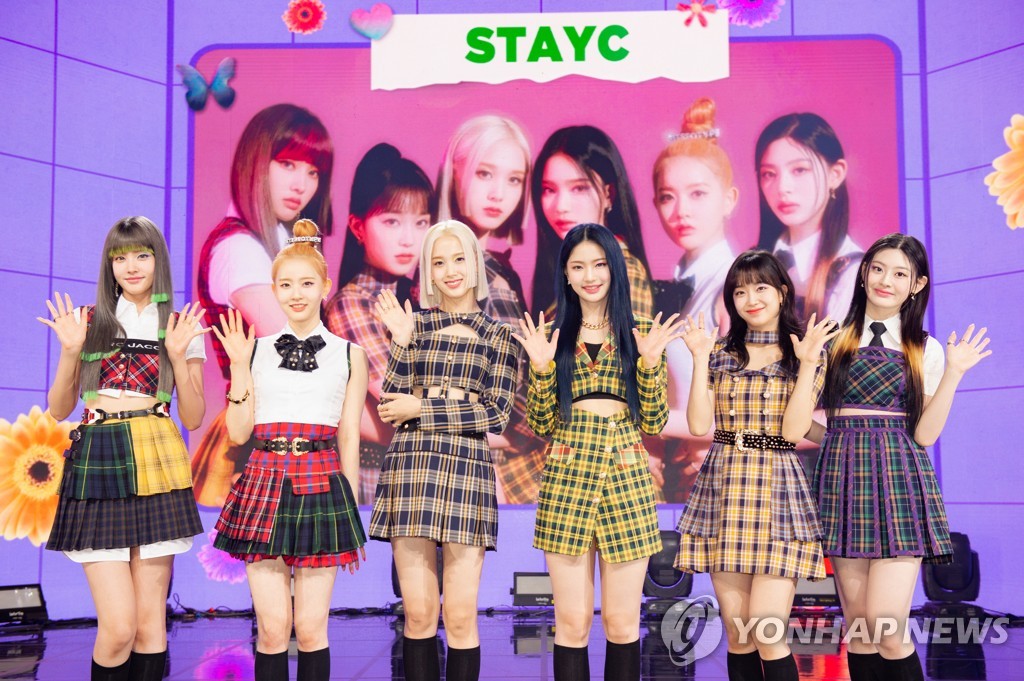