SEOUL, Jan. 11 (Yonhap) -- Main opposition presidential candidate Yoon Suk-yeol said Tuesday a preemptive strike is the only way to deal with a scenario of North Korea attacking South Korea with a nuclear-tipped missile.

Yoon made the comment hours after North Korea fired a suspected ballistic missile into the East Sea in its second projectile launch in less than a week.

"If a missile of over Mach 5 is launched, and if it is carrying a nuclear weapon, the time it will take to reach the capital area and commit a massacre is under a minute. It's practically impossible to intercept," the People Power Party nominee said during a New Year's press conference held at a cafe in eastern Seoul.

Yoon accused the Moon Jae-in administration of enabling the North to further advance its missile program by accepting its peace overtures and calling for the lifting of United Nations sanctions on the regime.

"We must clearly recognize reality and pressure the North through diplomacy, and stop North Korea's nuclear advancement by whatever means," he said. 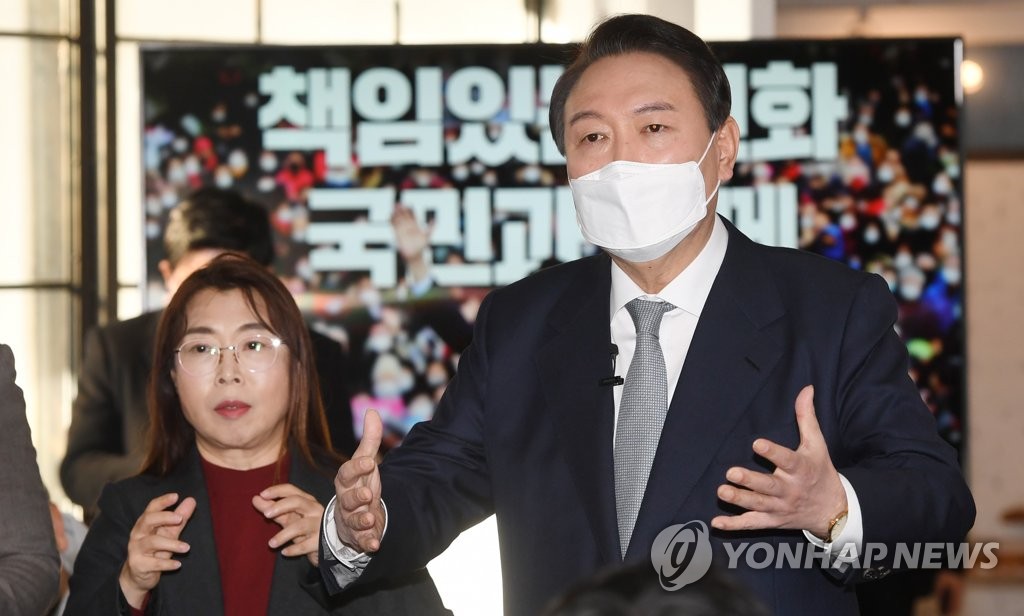