"As the state department, INDOPACOM have made clear overnight, we condemn the DPRK's ballistic missile launch," the White House press secretary said in a press briefing on board Air Force One en route to Atlanta where President Joe Biden was later scheduled to deliver a speech on voting rights.

Referring to an earlier statement issued by U.S. Indo-Pacific Command, Psaki noted the latest missile launch did not pose an immediate threat to U.S. personnel or territory or allies, but that it highlighted the "destabilizing impact of the DPRK's illicit weapons program."

"The launch is in violation of multiple U.N. Security Council resolutions. It poses a threat to the DPRK's neighbors in the international community," she said, referring to North Korea by its official name, the Democratic People's Republic of Korea.

"We call on the DPRK to refrain from further provocations and engage in sustained and substantive dialogue," she added. 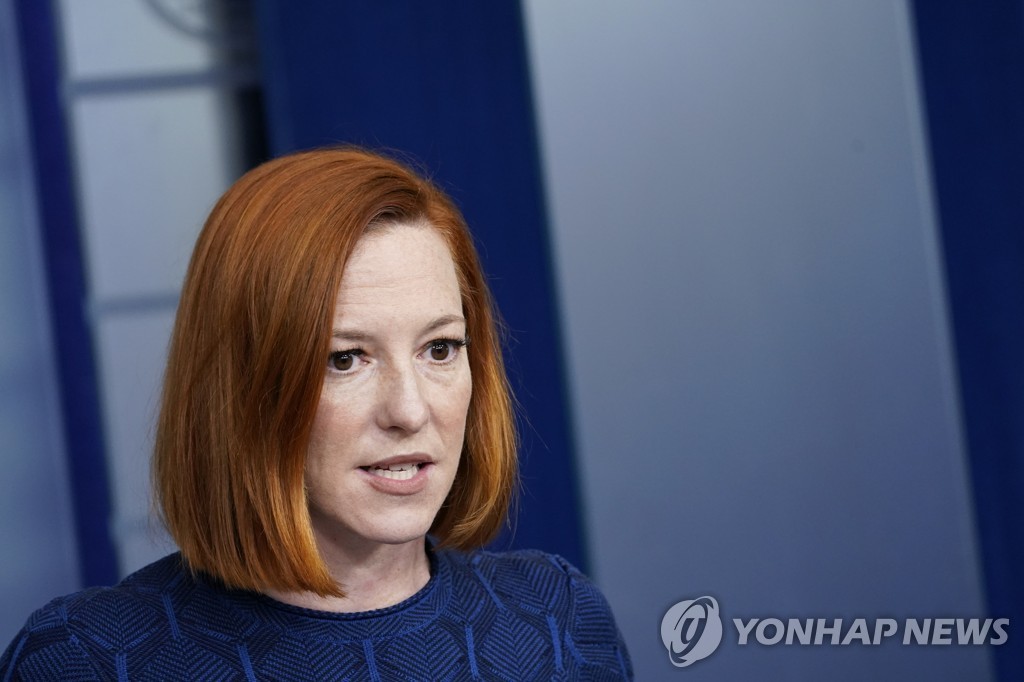 The North Korean missile launch marked the second of its kind in less than a week with Pyongyang earlier claiming to have successfully test fired a newly developed hypersonic missile on Wednesday.

Seoul officials said the missile fired this week showed improvements from that of last week, noting it flew at a maximum speed of mach 10, or 10 times the speed of sound, compared with mach 6 for the missile launched last week.

A state department spokesperson earlier told Yonhap News Agency that the U.S. condemns North Korea's latest ballistic missile launch, but that it remains committed to diplomacy and dialogue with the North.

"We remain committed to a diplomatic approach to the DPRK and call on them to engage in dialogue. Our commitment to the defense of the Republic of Korea and Japan remains ironclad," the spokesperson told Yonhap News Agency, while speaking on condition of anonymity.

Ned Price, state department press secretary, declined to offer any further assessment of the North Korean missile launch, only reiterating that North Korea's behavior poses a threat to its neighbors and the international community.

"When it comes to North Korea, we continue to call on the DPRK to refrain from further provocations and, importantly, to engage in sustained and substantive dialogue," he told a press briefing.

Price noted the U.S. has repeatedly offered to meet with North Korea without any preconditions.

"The DPRK has not responded to these overtures," he said. 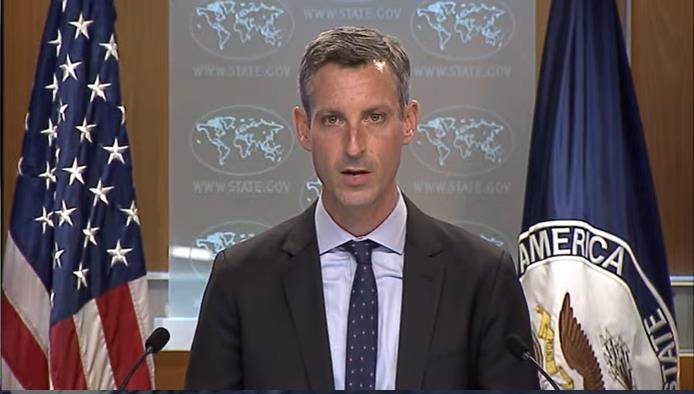 Price said the U.S. has a "number of tools in our arsenal" and that it will continue to call on those tools "to hold to account the DPRK for its violations, for example of U.N. Security Council resolutions, the threat it poses to international peace and security."

Still, he said the U.S. and its allies will be "ready" to engage with North Korea when and if the North demonstrates its willingness to engage in diplomacy.