SEOUL, Jan. 12 (Yonhap) -- South Korea added the most jobs in seven years in 2021 as the job recovery continued amid the improving economy despite the spike in COVID-19 cases, data showed Wednesday.

The number of employed people reached 27.27 million last year, 369,000 more than a year earlier, according to the data compiled by Statistics Korea.

It marked the largest number since 2014, when the nation reported an on-year increase of 598,000 jobs. Last year's number was larger than the government's earlier estimate of an increase of 350,000.

Last year, the job market recovered due largely to the base effect, robust exports and changes in industrial structures, such as demand for contactless services, according to the statistics agency. 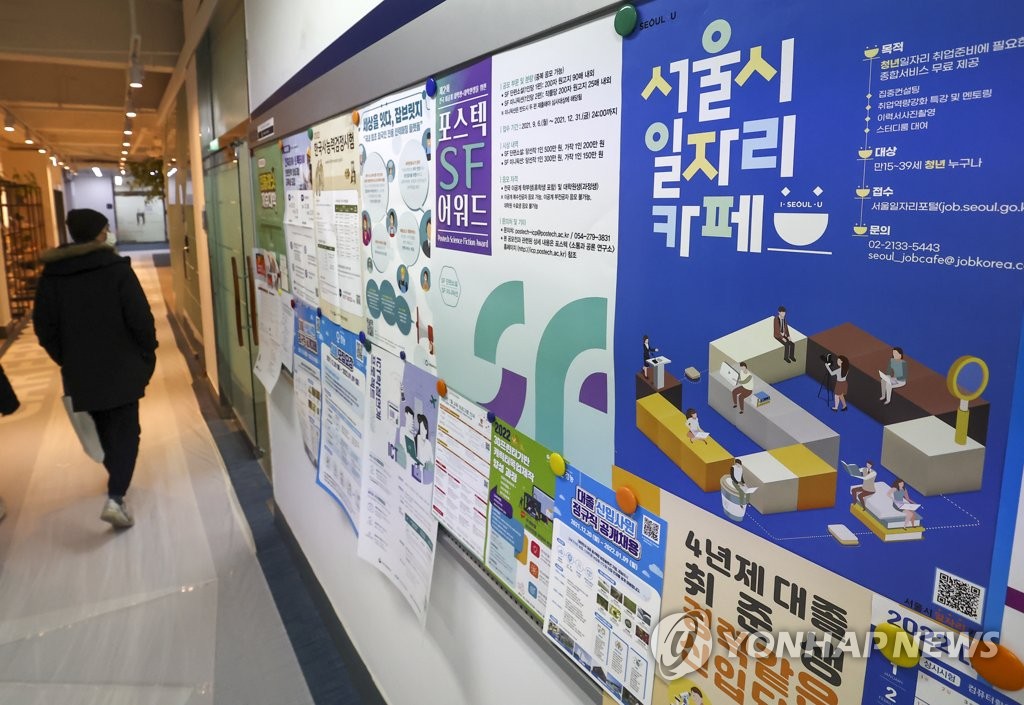 In December last year, the number of employed people came to 27.29 million, 773,000 more than the previous year, the data showed. It marked the largest job addition in nearly eight years and the 10th consecutive month of job growth.

The number of economically inactive people -- those who are neither working nor actively seeking jobs or people outside the labor force -- reached 16.77 million, down 3,000 from a year earlier. In December, the number of such people fell for the 10th straight month with an on-year fall of 327,000.

Despite the overall job recovery, in-person service segments, such as accommodations and retail, suffered job losses last year due to the fallout of the pandemic.

The number of employed people in the wholesale and retail sector fell 150,000 on-year, and the accommodation and restaurant segment reported a fall of 47,000.

Asia's fourth-largest economy is on a recovery track on the back of robust exports. But the upsurge in virus cases and the fast spread of the omicron variant are casting doubts on the recovery of private spending.

Health authorities have imposed tighter antivirus measures since mid-December as the number of daily infections had soared to nearly 8,000 in the wake of the implementation of relaxed virus curbs under the "living with COVID-19" scheme.

The toughened antivirus restrictions, to be effective until Sunday, include a four-person cap on private gatherings across the nation and a 9 p.m. business hour curfew on cafes and restaurants.

The Bank of Korea (BOK) earlier forecast the number of employed people to increase 250,000 this year. The finance ministry puts the number of such people at 280,000 for 2022. 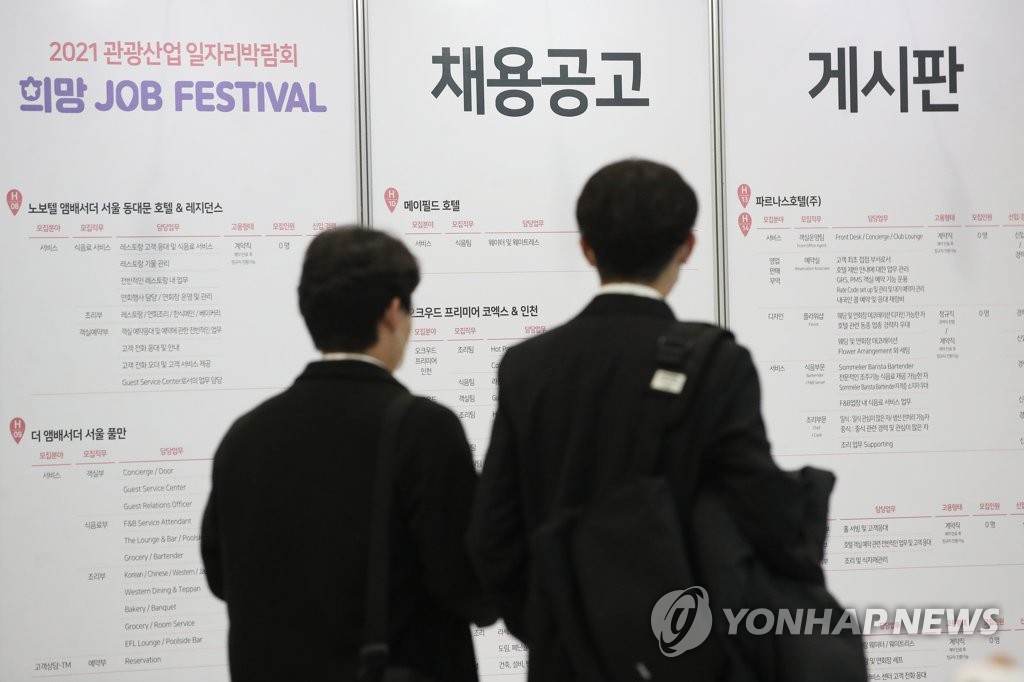