SEOUL, Jan. 12 (Yonhap) -- The presidential candidate of the minor progressive Justice Party announced a decision Wednesday to suspend her campaign schedule to craft "reform plans," aides said, as her public support has languished in single digits.

"I take the current election campaign situation seriously, will stop all my schedules and start deliberating (on a way forward)," she was quoted by her aides as saying.

On the day, Sim and her key campaign officials held an emergency meeting, party officials said, in an apparent effort to explore ways to boost her popularity. During a forum hosted by the Journalists Association of Korea, Sim attributed her low support to a failure to persuade voters to trust her as an "alternative" to those in power.

"Thus, I am frustrated and struggling to think this over," she said. "I will tell citizens about the results of my self-examination."

Her party officials said that Sim is not weighing the options of withdrawing her candidacy or unifying candidacy with a nominee of a different party.

Released earlier in the day, the latest survey was conducted on 1,014 adults from Saturday to Monday. It had a margin of error of plus or minus 3.1 percentage points at a 95 percent confidence level. 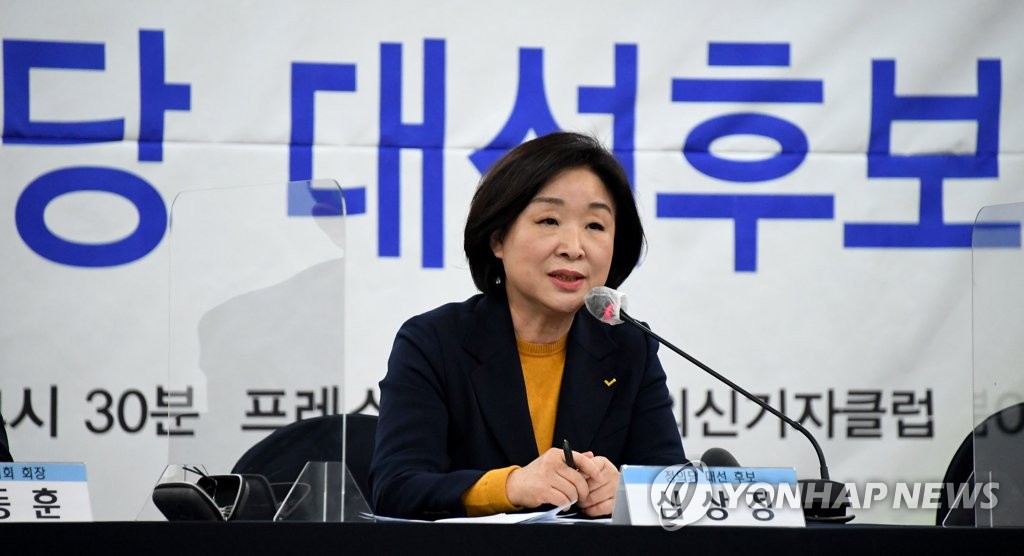