SAG on Wednesday (U.S. time) unveiled its final list of nominations for its 28th edition of the awards ceremony slated for Feb. 27.

"Squid Game," a Korean-language Netflix original, is up for outstanding performances by an ensemble cast in a drama series, by a male actor in a leading role, by a female actor in a supporting role and by a stunt ensemble in a television series.

It is the first time that a non-English TV series has received a nod at the SAG Awards given by Hollywood actors and considered a key indicator for the Oscars.

On the film's side, Bong Joon-ho's Oscar-winning sensation "Parasite" was awarded the best ensemble trophy in 2020, given to the entire cast with the finest acting achievements in film. 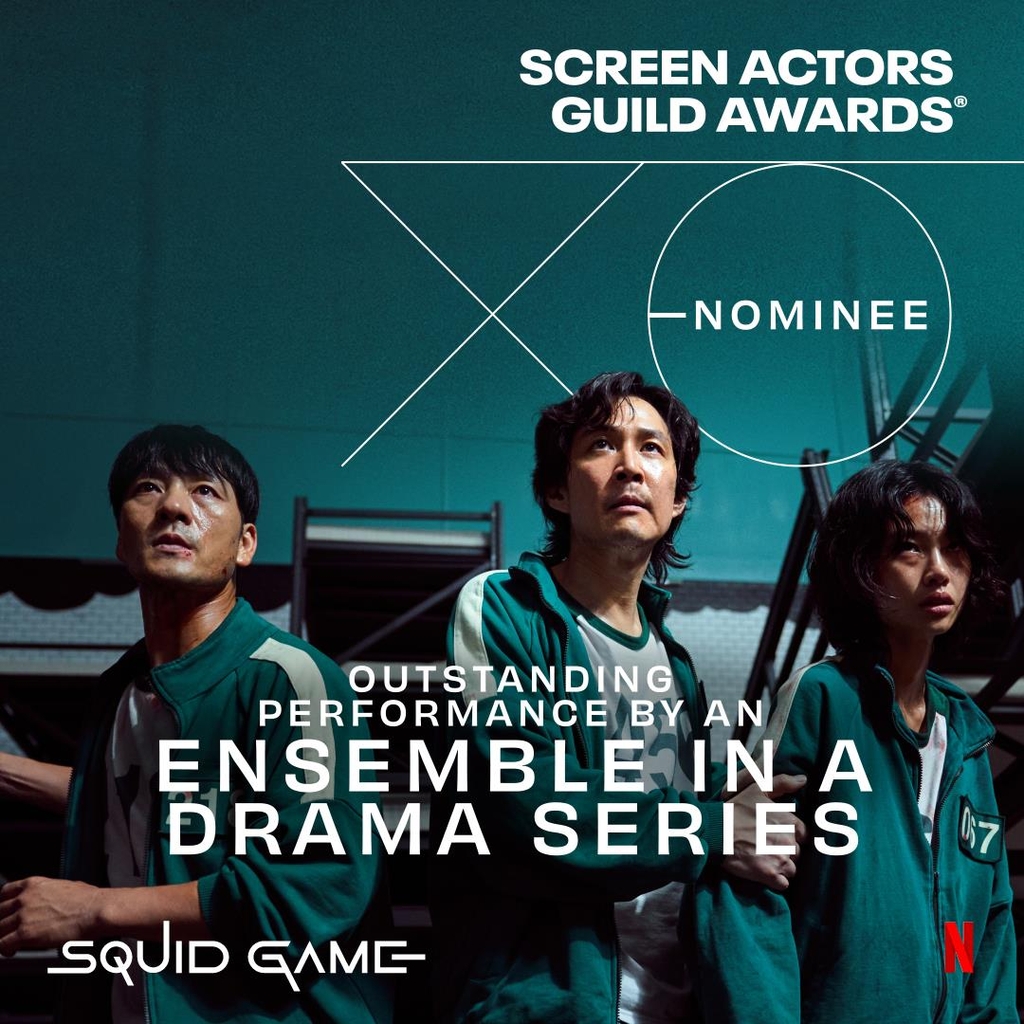 For this year's SAG Awards, the 10-member cast of "Squid Game," including Lee Jung-jae, Jung Ho-yeon, Park Hae-soo and O Yeong-su, will compete for the SAG Awards' top prize with actors of "The Handmaid's Tale," "The Morning Show," "Succession" and "Yellowstone."

Lee Jung-jae is among five candidates for best actor -- Brian Cox, Kieran Culkin and Jeremy Strong of "Succession" and Billy Crudup of "The Morning Show."

In the best actress category, Jung Ho-yeun will contend with Jennifer Aniston and Reese Witherspoon of "The Morning Show," Elisabeth Moss of "The Handmaid's Tale" and Sarah Snook of "Succession." Directed and written by Hwang Dong-hyuk, the nine-part series, which is about contestants competing in deadly Korean children's playground games to win 45.6 billion won (US$38.2 million) in prize money, became the most successful TV show in Netflix history with more than 1.65 billion hours of viewing in the first four weeks after its release on Sept. 17.

Starting with the best long-form TV series title at the Gotham Awards in November, the all-Korean language show has been recognized by prestigious awards shows in the United States.