SEOUL, Jan. 13 (Yonhap) -- South Korea said Thursday it will ban all entrants from using ordinary public transportation to try to stem the inflow of the omicron variant from overseas as the number of imported cases reached an all-time high.

The Korea Disease Control and Prevention Agency (KDCA) said all entrants must use their private vehicles, or officially designated infection-proof taxis, buses or trains.

They will also be required to present negative test results issued within 48 hours before their departure for South Korea, rather than the current 72 hours.

The strengthened measures, which will go into effect on Jan. 20, come as the number of imported cases has surged in recent days to hit an all-time high of 391 on Thursday.

More than 80 percent of the total imported cases reported last week were found to have been infected with the omicron variant, according to the KDCA. 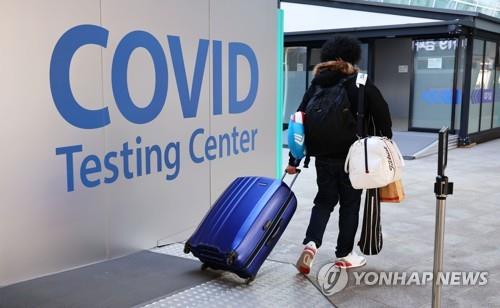 South Korea reported 4,167 new COVID-19 infections on Thursday, including 3,776 local infections, raising the total caseload to 679,030, according to the KDCA.

The virus situation has shown signs of slowing down in recent weeks thanks to the tightened antivirus restrictions and the active campaign for booster shots, but the health authorities have remained vigilant due to the fast spread of the omicron variant.

"The omicron variant is expected to become the dominant COVID-19 strain in South Korea within one to two weeks," health ministry official Son Young-rae said in a briefing.

About 12.5 percent of the country's locally transmitted cases reported last week were found to have been caused by the omicron variant, according to the KDCA.

As of 9 p.m., the country had added 3,993 new virus cases, up 508 from the same time the previous day and 697 from a week before, according to health authorities and local governments. The greater Seoul area accounted for 68 percent of the infections. 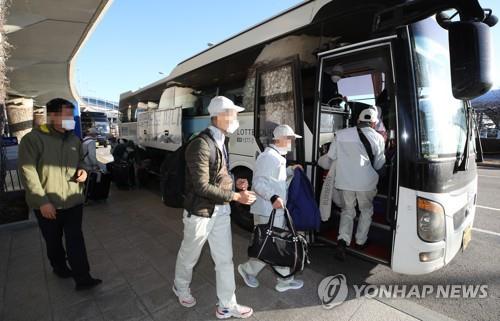 The KDCA vowed to continue the so-called flight circuit breaker scheme, which grounds international flights for one week in case they report more than three confirmed cases among their non-Korean passengers.

Around over the past month, the government activated the measure 24 times for 16 flight routes linking South Korea to 11 countries, including the U.S. and Vietnam.

"Rather than seeking an entry ban on entrants from specific nations, it is more crucial to reduce exemptions from self-isolation to a minimum level," Son said.

On Thursday, South Korea reported 44 more COVID-19 deaths, raising the death toll to 6,210, according to the KDCA. The fatality rate came to 0.91 percent.

The number of critically ill COVID-19 patients stood at 701, staying below 800 for the fourth straight day, it said. 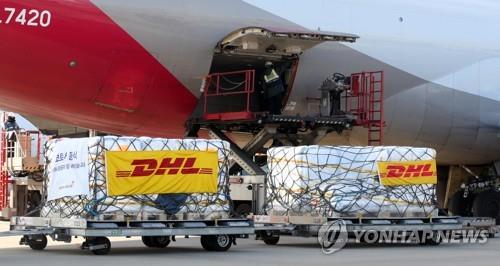 The oral pills for 21,000 people will begin being administered Friday to patients with a compromised immune system and those aged over 65, with the second batch for 10,000 people to be shipped by the end of this month, the KDCA said.

As of Thursday, 43.3 million people, or 84.4 percent of the country's 52 million population, have been fully vaccinated, and 22.1 million, or 43.1 percent, have received booster shots, the health authorities said.

On Wednesday, South Korea also authorized the use of U.S.-based biotechnology company Novavax Inc.'s COVID-19 vaccine, which is expected to be used as early as next month. The authorities said this "classic" type of vaccine could encourage more unvaccinated people to consider getting a shot and further boost the country's overall vaccination rate.

The authorities, meanwhile, are considering relaxing the antivirus curbs to a six-person cap, from the current four, while keeping the 9 p.m. business hour curfew on cafes and restaurants for three weeks starting Monday, according to a source.

The government will announce its decision Friday. The current distancing rules went into effect in mid-December in the wake of a drastic surge in infections and will expire Sunday.

Of the locally transmitted cases, 66.9 percent were from the metropolitan region. Seoul reported 868, and the surrounding Gyeonggi Province and the city of Incheon, west of Seoul, added 1,444 and 224 new cases, respectively. 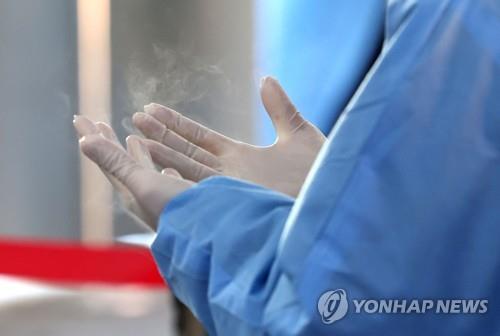