SEOUL, Jan. 14 (Yonhap) -- A court on Friday suspended the enforcement of the government's vaccine pass program at department and discount stores while also halting vaccine pass requirements for minors aged 12-18 at all facilities.

The Seoul Administrative Court's decision, however, applies only to facilities and people in Seoul, pending the outcome of a main lawsuit filed last month by a total of 1,023 people to repeal the vaccine pass enforcement.

The plaintiffs filed the suit claiming the program discriminates against unvaccinated people.

The vaccine pass program, which has been in effect since November, requires people to present proof of COVID-19 vaccination or negative test results when entering restaurants, cafes and other multiuse facilities.

The government expanded the program to include department stores and large discount stores, while the program was to take effect for minors starting in March.

Under Friday's court decision, vaccine pass requirements will be no longer effective at discount and department stores in Seoul measuring 3,000 square meters or more. All minors aged 12-18 will not be required to present a vaccine pass to access any multiuse facilities in the capital.

The suspensions will remain effective until 30 days after the upcoming ruling in the case's main lawsuit.

"The risk of infection is high at restaurants and cafes where mask-wearing is difficult, but the risk is relatively low at stores, marts and department stores," the court said, calling vaccine pass enforcement at department discount stores an "excessive restriction."

The court also said enforcing the program on minors is hardly reasonable because there are no cases of COVID-19 death among people aged 12-18 and the risk of getting fatally ill is very low among them.

The government said it found the decision to be "regretful" and plans to release an official stance Monday.

The vaccine pass program, especially since its recent expansion to discount and department stores, has drawn fierce backlash from unvaccinated people.

They said the program is a violation of their basic needs and a compulsion to get vaccinated.

Earlier this month, the court also suspended the program's enforcement at cram schools and other private education facilities for young students in a separate lawsuit. 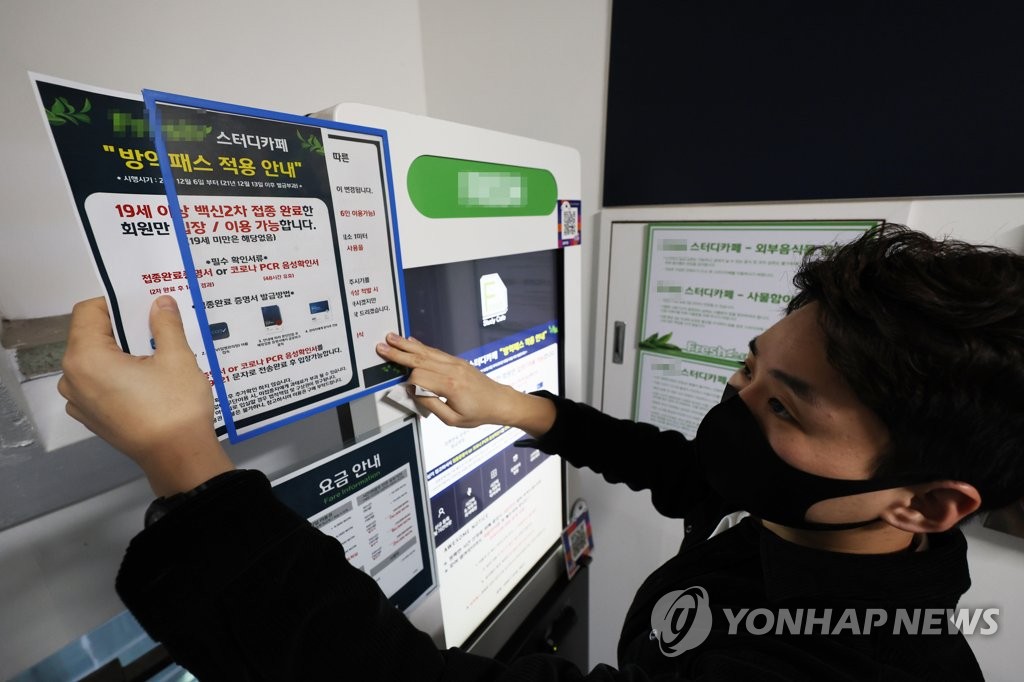