SEOUL, Jan. 13 (Yonhap) -- The K-pop album market has been experiencing an unprecedented boom but the sales of digital music have been sluggish amid the coronavirus pandemic.

According to the year-end data released by Korea's album sales tracker Gaon Chart on Wednesday, the nation's top 400 albums sold 57 million copies in and out of the country in 2021, up 36.9 percent from 41.7 million the previous year.

Industry insiders say behind the rapid increase since the coronavirus pandemic began in 2020 is the phenomenon that fans, unable to gather at live concerts and shows amid the protracted pandemic, soothe their disappointment by purchasing albums. 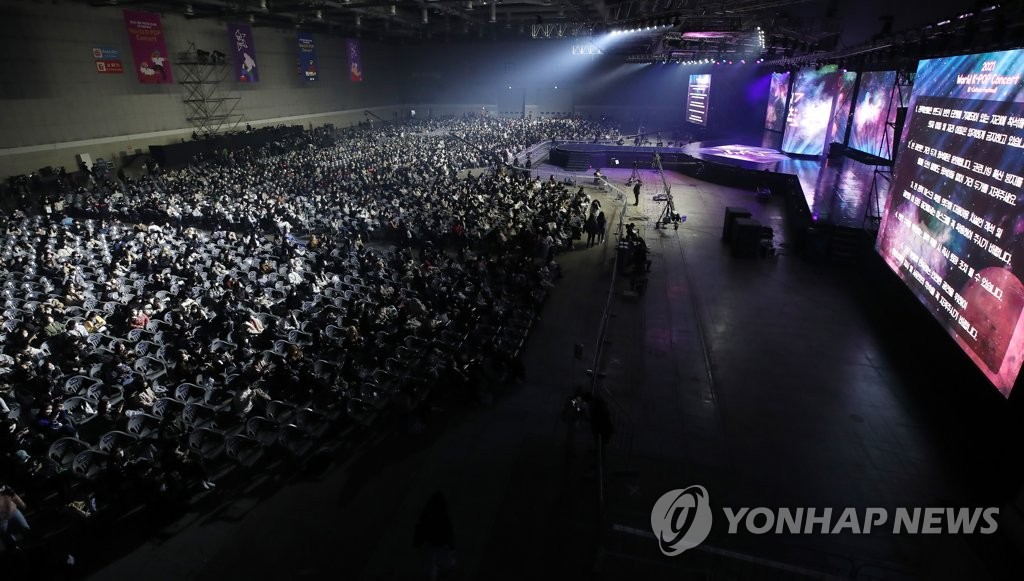 Hybe, behind popular boy groups such as BTS and Seventeen, accounted for 33.5 percent of the total sales of the top 100 albums on Gaon's annual chart with combined sales of 26 albums by its artists on the list reaching 15.23 million copies.

"Butter," the English single released by BTS in May, sat atop the list with about 3 million copies, and other Hybe artists, such as Seventeen, Tomorrow X Together and Enhypen, also produced remarkable performances. 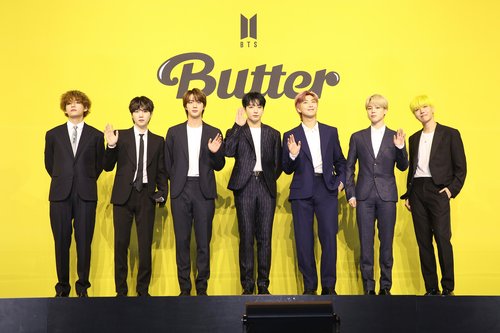 SM Entertainment, home to idol groups such as NCT, EXO and aespa, recorded combined sales of 17.6 million copies, double the number of 2020, according to the company.

"Physical album sales may slow down slightly if concerts are normalized again, but the upward trend is likely to continue in the medium to long term," Kim Jin-woo, a senior researcher at Gaon Chart, predicted.

Unlike the booming music market, digital music sales have been sluggish.

The music scene sees COVID-19 and the emergence of new music streaming services have had an impact.

It is a common view among experts that people tend to intensively use music streaming services during their commuting hours but the increase in the number of people working from home due to the pandemic has brought the sluggish sales. Fewer releases of new songs than usual years may also have an influence on the market. 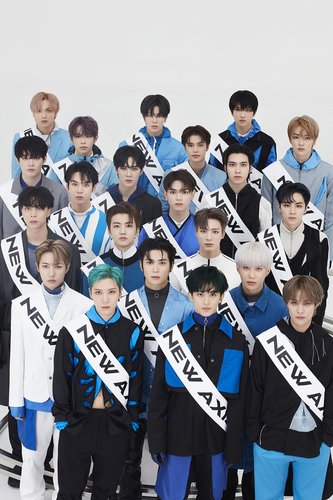