"It is needed to actively discuss ways to recover local consumption, including swift support for small merchants," Moon told a meeting with mayors and governors.

However, the pandemic has still hurt people's livelihoods, and the government has failed to decrease congestion in Seoul and its neighboring areas, Moon said.

For decades, South Korea has pushed for balanced regional development, but people have continued to move to the greater capital area.

The central government has promoted a regional development strategy aimed at helping more big cities and provincial governments cooperate with each other.

Under the strategy, the southern port city of Busan, its neighboring city of Ulsan and South Gyeongsang Province, which surrounds the two big cities, have pushed for building a so-called megaregion.

A new local government will be launched for the megaregion in February, Moon said. 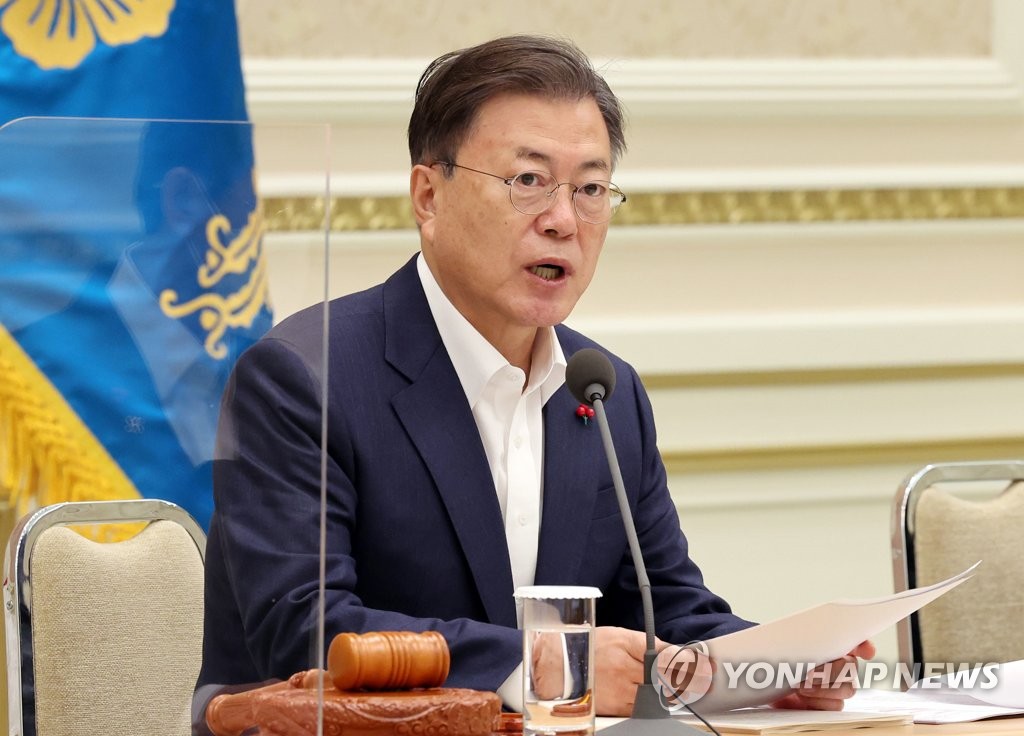