(ATTN: UPDATES with remarks from South Korean officials in paras 9-12)
By Choi Soo-hyang and Chae Yun-hwan

SEOUL, Jan. 14 (Yonhap) -- North Korea warned Friday it will have to take a "stronger and certain reaction" after the United States implemented new sanctions over the North's recent missile launches.

In a statement carried by the official Korean Central News Agency, a spokesperson for the North's foreign ministry said the recent launch of what it claims to be a hypersonic missile was an "exercise of right to self-defense."

"If the U.S. adopts such a confrontational stance, the DPRK will be forced to take stronger and certain reaction to it," the statement said. DPRK stands for the North's official name, the Democratic People's Republic of Korea.

The move came after the North launched what it claims to be a newly developed hypersonic missile Tuesday, the second such test in less than a week.

"The DPRK's recent development of new-type weapon was just part of its efforts for modernizing its national defense capability," the statement said. "It did not target any specific country or force and it did not do any harm to the security of neighboring countries."

The North called the U.S. move an "evident provocation and a gangster-like logic," and accused Washington of "intentionally escalating the situation."

"This shows that though the present U.S. administration is trumpeting about diplomacy and dialogue, it is still engrossed in its policy for isolating and stifling the DPRK," the statement said. "The DPRK will not abandon its just right."

South Korea's Ministry of Unification handling inter-Korean affairs reiterated its call for the North to return to dialogue.

"(We) once again urge North Korea to respond to the South Korean government's efforts to create peace through dialogue at a time when the stability of the Korean Peninsula's security situation is critical," its deputy spokesperson Cha Duck-chul told a regular press briefing.

He added, "The government will continue to closely watch related moves, including additional responses from North Korea."

An official at Seoul's foreign ministry said that South Korea and the U.S. remain unchanged in their position to continue efforts to revive peace talks in close cooperation, and called on the North to refrain from taking measures that could worsen the situation.

North Korea has been testing a series of new weapons amid a deadlock in its nuclear negotiations with the U.S. The nuclear talks remain stalled since their Hanoi summit in 2019 ended without a deal.

Washington's top envoy to the United Nations, Linda Thomas-Greenfield, has said the U.S. is pushing for additional U.N. Security Council sanctions against the North. 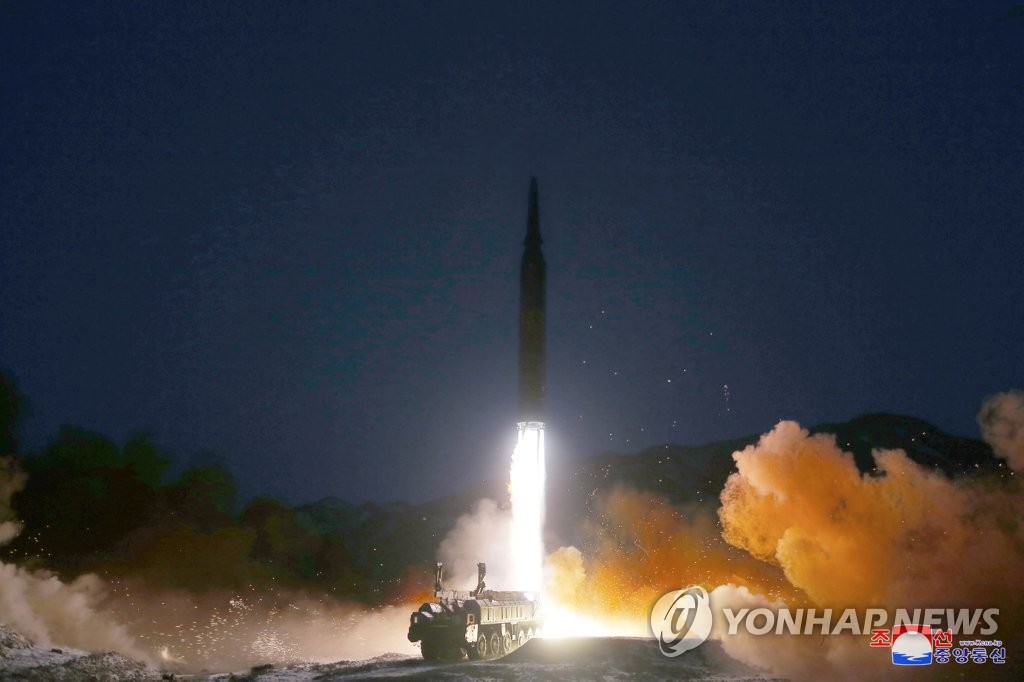