WASHINGTON, Jan. 13 (Yonhap) -- The United States on Thursday urged North Korea to refrain from further provocations and instead engage in dialogue.

A spokesperson for the Department of State also renewed the U.S. condemnation of North Korea's recent missile tests.

"We condemn the DPRK's ballistic missile launches. These launches are in violation of multiple U.N. Security Council Resolutions and pose a threat to the DPRK's neighbors and the international community," the spokesperson told Yonhap News Agency in an email, asking not to be identified.

"We call on the DPRK to refrain from further provocations and engage in sustained and substantive dialogue," the spokesperson added. 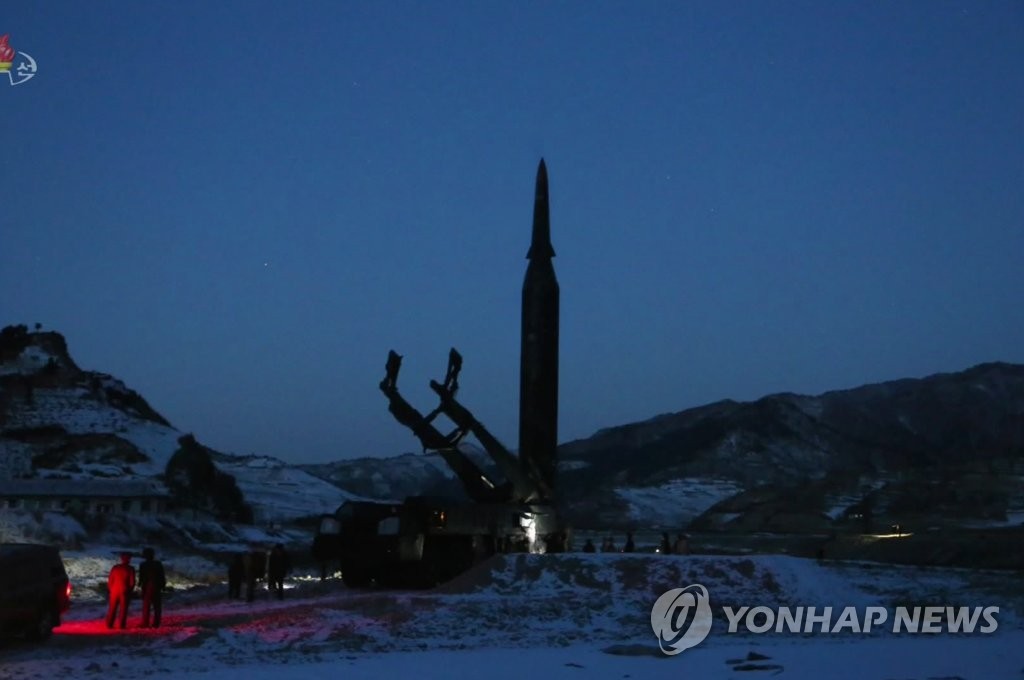 The remarks come shortly after a spokesperson for the North Korean foreign ministry accused the U.S. of trying to impose sanctions on the North for exercising its legitimate right to self-defense.

The North Korean official also argued the North will be "forced to take stronger and certain reaction" if the U.S. adopts such a confrontational stance.

North Korea launched what it claims to be a hypersonic missile Tuesday (Seoul time), the second such test in less than a week.

U.S. Secretary of State Antony Blinken said the missile launches may have been aimed at getting the U.S.' attention but that they still violated multiple U.N. Security Council resolutions.

He said the U.S. and its allies are now focused on making sure that "There are repercussions, consequences for these actions by North Korea."

The U.S. has also imposed sanctions on six North Korean representatives based in China and Russia for illegally procuring materials for the North's weapons programs.